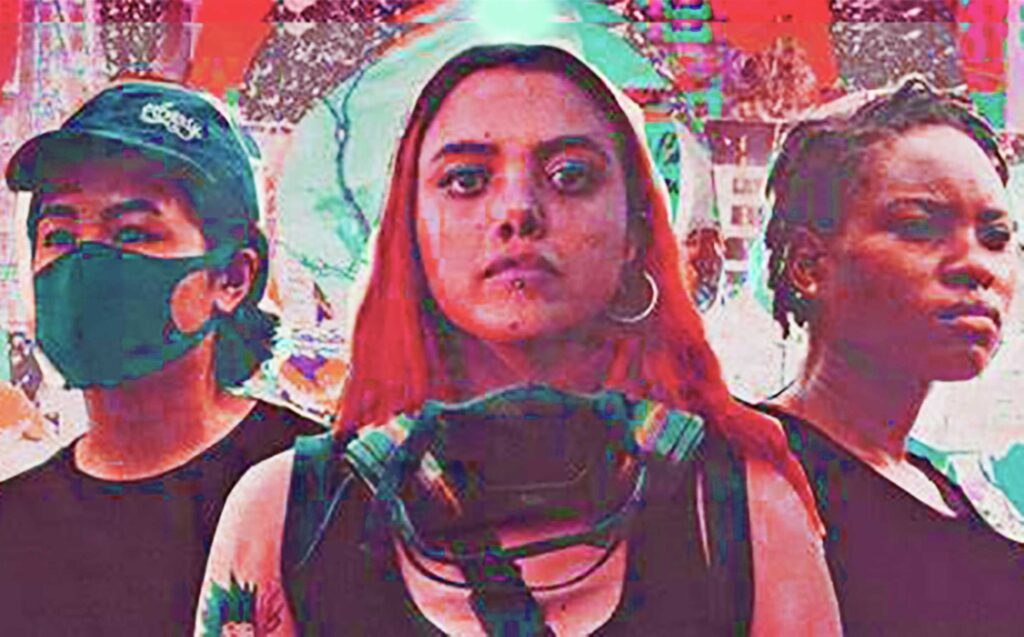 Will Smith is at his best as Richard Williams, the ambitious father who nourishes the talents of two of his four daughters in becoming world tennis champions. Richard sees the potential of Venus and Serena from an early age and tries everything in his power to leave behind the rough streets of Compton for sunny California. Richard is a wise man and knows exactly how to train his daughters and manages not only to seek but also get the best coaches in the business…

It is an inspirational story and the rest as they say is history. Reinaldo Marcus Green, who made such an impression a couple of years ago with MONSTERS AND MEN, directs with precision and flair. Smith is on fine form but the film benefits tremendously from the immense talents of newcomers Samiyya Sidney and Demi Singleton who play Venus and Serena. Their acting is strong but most importantly are very persuasive as exceptional tennis players in action. Aunjanue Ellis is also amazing as the girl’s mother and threatens to steal the film with one of the best scripted dramatic scene. This is the kind of supporting performance destined to win lots of awards.

The film is produced by Venus and Serena, so inevitably the family especially the determined father is presented in a very positive light with no warts at all. The American Dream is alive and well!

This compelling film written and directed by Rebecca Hall is adapted from Nelia Larsen’s 1929 novel. The film tells the story of two black women Irene Redfield (Tessa Thompson) and Clare Kendry (Ruth Negga), two childhood friends who renew their friendship after a chance encounter in New York. Both can “pass” as white especially Clare whose marriage to John (Alexander Skarsgard) is based on lies and deceit. However, Irene is proud of her heritage and lives a happy existence in Harlem with her family until she reluctantly invites Clare into her home…

A sensitive study of racial identity and obsession superbly performed by both protagonists, who deserve awards for their graceful portrayals. Hall wisely chose to shoot this elegant film in black and white and every frame of Eduard Frau’s stunning cinematography is a work of art.

One of the most beautiful and important films of the year!

This powerful documentary highlights this fact that young people have always been on the forefront of change with revolutions and protests across the globe. It focuses on three female activists in three continents and follows their commitment and sacrifice.

Raven is fighting for social justice in Chile while Pepper puts her life on the line in order to achieve democracy in Hong Kong. Meanwhile Hilda struggles for climate change awareness in Uganda. All three activists speak eloquently about their daily struggles to reach their goal even though at times it seems like a lost battle.

An inspirational film that needs to be seen!

This big blockbuster heist comedy is energetically written and directed by Rawson Marshall Thurber, who tells story of John Hartley (Dwayne Johnson), an FBI agent assigned to catch the notorious art thief Nolan Booth (Ryan Reynolds). But as fate would have it he is forced to join forces with Nolan in order to catch the world’s most wanted art thief “The Bishop” (Cal Gadot)…

It is a fun movie thanks to the winning chemistry between its three protagonists and their sheer enjoyment is highly infectious. The action takes place in different countries around the world and pays tribute to many films including THE PINK PANTHER and RAIDERS OF THE LOST ARC.

It is a touch too long but it delivers! (Netflix)

THE HARDER THEY FALL

Jaymes Samuel’s impressive debut feature opened the recent London Film Festival at the Royal Festival Hall. A terrific opening sequence celebrates Sergio Leone’s westerns and sets up the tone most effectively. When outlaw Nat Love (Jonathan Majors) was a kid he witnessed his parents killing in front of his eyes. The stage is set for vengeance especially now that his long time enemy Rufus Buck (Idris Elba) is released from prison thanks to his brutal gang. Nat recruits his own gang in order to track down Rufus…

There is a lot going on in this loud, often extremely violent western. It is watchable but many characters appear on the screen without any introduction which makes the whole project feel confusing and ultimately unsatisfying.

The original made in Denmark a couple of years ago boasted one of the most acclaimed lead performances of recent years. The luminous Jakob Cedegren won almost every European award going as a police officer assigned alarm duty dispatch. Jake Gyllenhaal has a hard act to follow in this Hollywood remake which is atmospherically directed by Antoine Fugua. He plays the disgraced officer who after he gets an emergency call he begins a race against time in order to save the life of a kidnapped woman.

Gyllenhaal is also superb in this tense, edge of your seat thriller! (Netflix)

THE BOY NEXT DOOR

A brilliant, intense thriller about two twelve year old best friends, Bobby and Kevin kidnapped on their way home from school. They are taken to a remote house in the middle of nowhere but thankfully Bobby manages to free himself and runs away. But soon enough he turns back to this dreadful place in order to rescue his friend from their brutal abductors…

It is imaginatively directed by Justin Powell and David Charbonier, who make great use of their single location. The script is sharp with some clever surprises and the acting is excellent especially from the boys – Lonnie Chavis and Ezra Dewey. (SHUDDER)