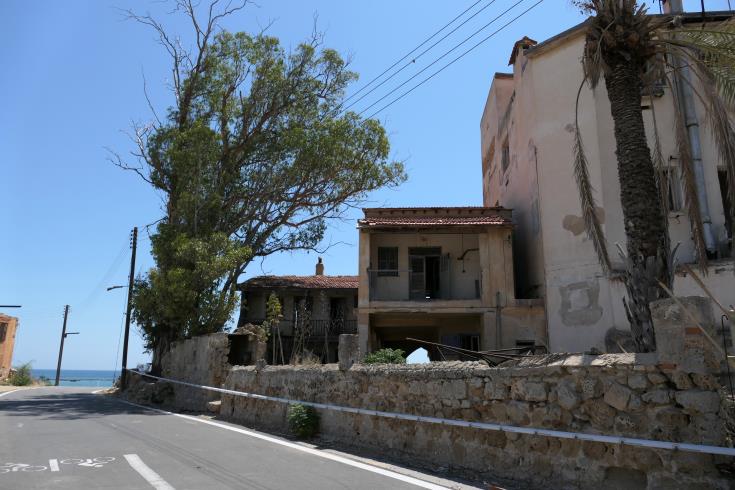 Cyprus Foreign Minister, Nikos Christodoulides, said on Monday that he will hold discussions in Brussels on Tuesday, on the sidelines of the EU General Affairs Council, about the list of possible actions in response to the partial opening by Turkey of the fenced off city of Famagusta (Varosha) in occupied Cyprus

Speaking during a meeting of the House Financial and Budgetary Affairs Committee, where the Foreign Ministry`s 2022 budget was presented, and replying to questions by MPs, Christodoulides noted that he expects that the discussion on this issue at the EU that will take place in December, will be a quite difficult procedure, taking into consideration the approach of certain countries.

Moreover, he noted that the primary goal of each EU member state is to serve its own interests, noting that it is well known that there are three states which react when serious decisions are to be taken against Turkey, because they have interests which are linked with Turkey.

At the same time, the Minister noted that things would be much more difficult for the Republic of Cyprus if the country was not an EU member state.

Christodoulides also said that the list of possible actions has to be submitted to COREPER and is expected to include political and legal measures. He added that unanimity is needed for decisions to be taken. “We will see how the discussion will proceed in Brussels in December. I will be in Brussels on Tuesday for the General Affairs Council and I will hold meetings especially for this list of possible actions,” he added.

Moreover he said that the discussion for an EU positive agenda towards Turkey has not moved on and that “our aim is to have an official decision to terminate any discussions towards this direction, unless Turkey re-engages in discussions for a Cyprus settlement on the basis of the agreed framework, and does not resume any illegal activities in Cyprus` EEZ.”

Referring to the issue of the fenced off city of Famagusta and the illegal Turkish activities in it, Christodoulides said that the issue was made known on June 18, 2019 and the President of the Republic contacted the UN Secretary General on this eight days later.

As regards the Cyprus problem, the Foreign Minister underlined that the aim is to reach a settlement on the basis of the agreed framework of the bizonal, bicommunal federation and that the Republic of Cyprus diplomatic missions are working to this end.

On the defence agreement signed between Spain and Turkey, Christodoulides said that Cyprus in cooperation with the Greek government has expressed dissatisfaction not only for the signing of this agreement but also about the equipment sold to Turkey, which is not used for defence purposes, as he noted.

He also said that the President of Cyprus, Nicos Anastasiades, will visit Spain and this is one of the issues to be discussed during this visit on December 9.

Cyprus has been divided since 1974, when Turkish troops invaded and occupied 37% of its territory. Numerous rounds of talks under the UN aegis to reunite the island under a federal roof failed to yield results.

UN Security Council resolution 550 (1984) considers any attempts to settle any part of Varosha by people other than its inhabitants as inadmissible and calls for the transfer of this area to the administration of the UN. Resolution 789 (1992) also urges that with a view to the implementation of resolution 550 (1984), the area at present under the control of the United Nations Peace-keeping Force in Cyprus be extended to include Varosha.