Presidential Commissioner delivers donation by the Republic of Cyprus to CMP 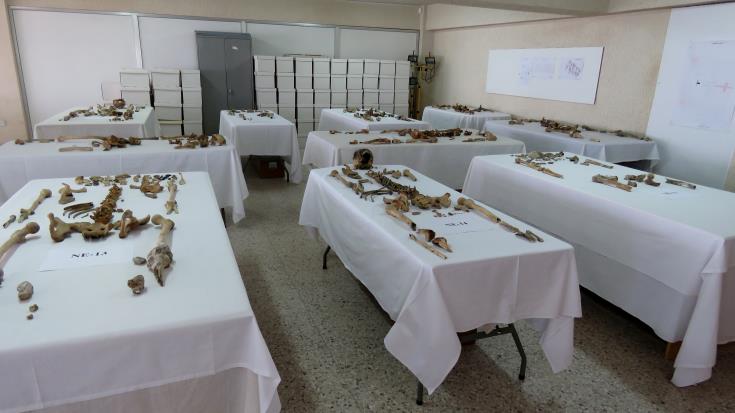 Presidential Commissioner Photis Photiou met Monday with Head of UNDP in Cyprus Jakhongir Khaydarov and handed over Cyprus` donation to CMP, the Committee on Missing Persons, of 175,000 euro for 2021.

A press release by the Presidency says that the donation was delivered in support and assistance of CMP`s efforts for the missing persons` issue Greek Cypriots, Turkish Cypriots and Greeks.

This amount does not include other forms of support towards CMP`s program that are funded directly by the Republic and include search for remains of missing persons and exhumation.

Photiou said that the expectations of everyone involved especially the families of the missing persons is for CMP to face the challenges in an effective and substantial manner so that it could deliver its mission in success the soonest.

He said that he is hopeful that others will follow the initiatives taken by Cyprus to assist the task by CMP. Photiou noted that most of the first degree relatives of missing persons are no longer alive and they left without knowing about the fate of their beloved. He said that time is ruthless and the duties and responsibilities of all involved are huge so that the ordeal of the relatives is over and the fate of each one of the missing persons is clarified.

Cyprus has been divided since 1974, when Turkish troops invaded and occupied 37% of its territory. Numerous UN-backed talks to reunite the island have failed to yield results.

Since the Turkish invasion the fate of hundreds of people remains unknown.

A Committee on Missing Persons has been established, upon agreement between the leaders of the two communities, with the scope of exhuming, identifying and returning to their relatives the remains of missing persons.