On the Cyprus problem and Turkey’s provocativeness 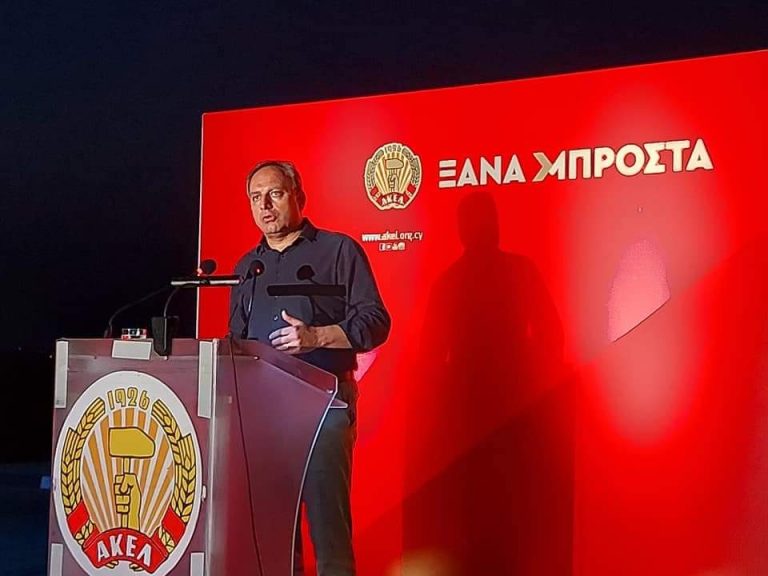 Statements by the General Secretary of the C.C. of AKEL, Stefanos Stefanou at the Nicosia 2021 Book Festival

On the Cyprus problem and Turkey’s provocativeness

This period of time we have seen yet another clear example of Turkey’s provocativeness and aggression, as expressed in the obstruction of the explorations that three countries want to carry out in the area of the Cyprus Exclusive Economic Zone. It is clear that it is the Republic of Cyprus’ sovereign right to explore its underwater space and that is why Turkey’s illegal and provocative actions against the Republic of Cyprus are evident.

At the same time, I would like to note that Turkey’s behaviour is an extension of the problems that we have had for a long time and, unfortunately, it seems that we will continue to have, due to the fact that the Cyprus problem remains unresolved. This must motivate us, in addition to reacting in defence of our sovereign rights, to work so that, as far as much as it depends on own capabilities, we can push things towards the resumption of negotiations, despite Turkey’s intransigence and threatening behaviour.

Since we are talking about hydrocarbon issues, I would like to recall that we have submitted a specific proposal to the President of the Republic last December, in relation to the effort to begin negotiations, and taking into account statements made by the UN Secretary General on how to turn natural gas into a catalyst for the resumption of negotiations.

We believe that AKEL’s proposal is timely, it is a proposal that does not go beyond our “red lines” in any way, but on the contrary, we believe that we will both build credibility with this proposal, and at the same time put pressure on Turkey in relation to its behaviour against the Republic of Cyprus for our country’s sovereign right to explore and try to exploit the natural wealth it has.

I would like to congratulate the ‘Prometheus’ Research Institute, its President and officials for this pioneering and I consider unique initiative that it has been organising for several years now in Cyprus by holding this Book Festival, which is something more than a Book Festival. Apart from the numerous publishing exhibitions on many interesting books from publishing houses, interesting discussions are also held within the framework of the Festival. Just now we attended a very beautiful presentation of a book by the well-known engraver Hambis with special emphasis on the importance and content of the Cypriot dialect. Initiatives such as the Book Festival truly enrich our culture and help people come closer to culture at a time when not only in Cyprus, but also across the world modern reality is crushing culture which we need so much.