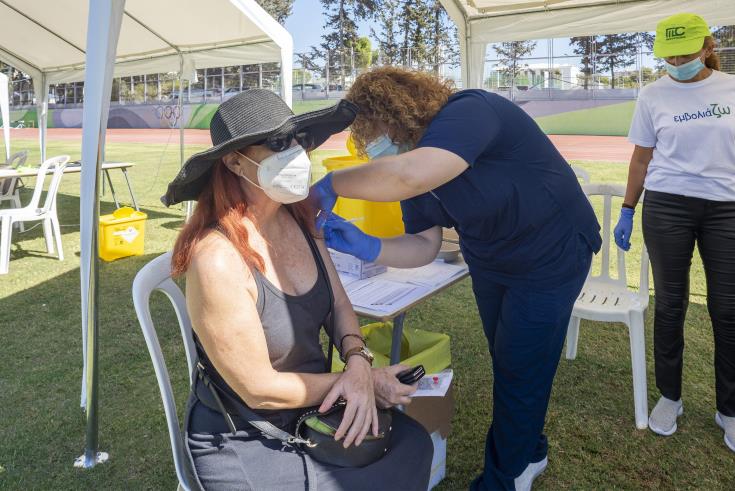 Almost 80% of adults in Cyprus are now fully vaccinated against COVID-19 while 20,892 people have received a third dose of the vaccine.

According to the Ministry of Health, by October 9, a percentage of 81.4% of the adult population has received at least the first dose of a COVID vaccine. Fully vaccinated adults (18 years and older) reached 78.9%.

In relation to the vaccination coverage per district, Paphos ranks first with 92.4% of the adult population vaccinated with at least the first dose, followed by Famagusta with 91,3% and Nicosia with 80.5%, Limassol with 79.9% and Larnaca with 75.8%.

A total of 20,892 have been administrated a third, booster shot by October 10.

Minister of Health Michael Hadjipantela said that it was an event that gave people the opportunity to get the vaccine without any inconvenience. He sent the message that with the support of volunteers, better days are coming in the field of health and that they will also try to initiate similar events in other cities of Cyprus.

According to an announcement by the Ministry of Health at the walk-in that operated on Sunday at the Lanitio Sports Center a total of 949 vaccines have been administrated.

The Vaccination Portal is open these days for arranging an appointment for the 3rd dose for people 70 years and older. Eligible people can also get booster shots without an appointment, every Monday to Thursday from 8 in the morning until 13:00 in walk-in vaccination center that will operate at: