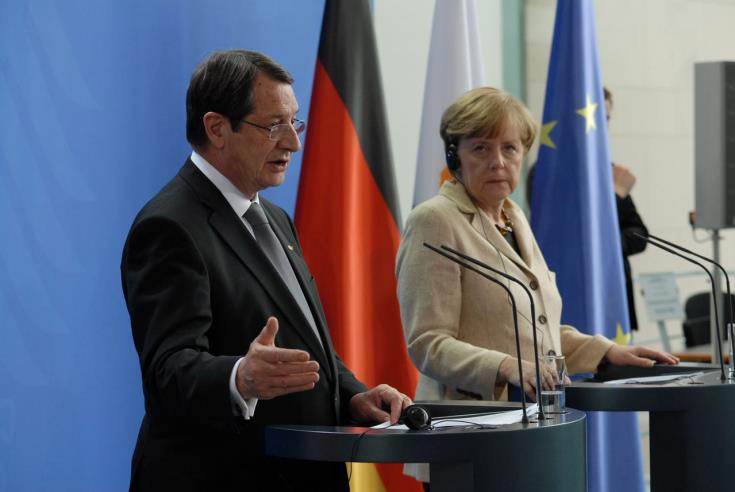 German Chancellor Angela Merkel has expressed her country’s support to President Anastasiades’ efforts to resolve the Cyprus problem, in a letter on the occasion of his birthday last month.

An announcement issued by the Presidency Friday, says that in a letter to the President of the Republic on the occasion of his birthday on 27 September, Germany’s Chancellor Angela Merkel praised his political action aimed at benefiting Cyprus.

The Chancellor made a special reference to the successful management of both the financial crisis and the pandemic in Cyprus and wished the President to succeed also in his efforts to resolve the Cyprus problem.

In her letter, the announcement says, Merkel stressed that “Germany supports the efforts of the President of the Republic to find a just and viable solution to the Cyprus problem”.

She also thanked President Anastasiades for their friendship and sincere cooperation.