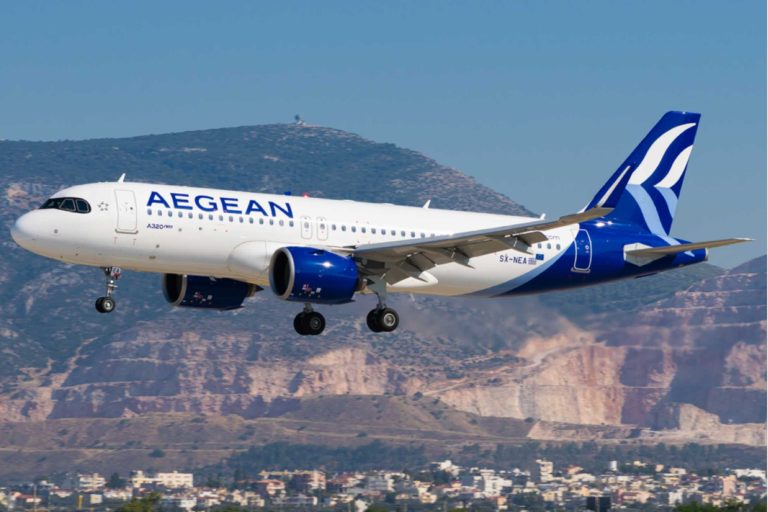 Despite the crisis in the global aviation industry due to the Covid-19 pandemic, AEGEAN Airlines stood out internationally and was awarded as the best regional airline in Europe at the World Airline Awards 2021, for the tenth consecutive year.
The study by World Airline Awards, which ran for 23 months (September 2019 – July 2021), found that the Greek airline ranked in first place at European level for the 10th consecutive year.
Edward Plaisted, chief executive of the international aviation rating agency Skytrax which awards the World Airline Awards each year, said that AEGEAN had the trust of travellers thanks to the high quality of service offered.
The survey involved 13.42 million travellers of more than 100 nationalities.
It is noted that first place for international travel was taken by Qatar Airways, while distinctions were also won by Singapore Airlines, Emirates, QANTAS and other major airlines.