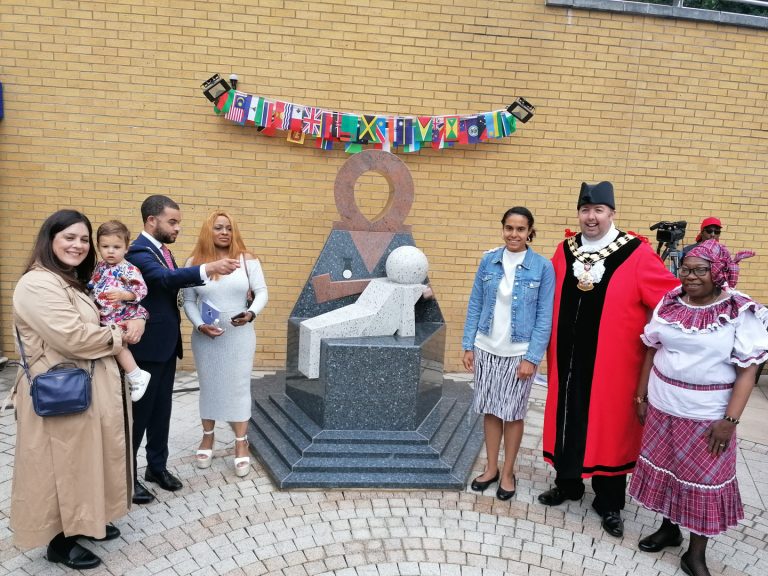 A statue has been unveiled outside the Whittington Health NHS Trust to commemorate the extraordinary efforts of Windrush and Commonwealth NHS nurses and midwives, following a crowd-funding campaign supported by Islington Council.

At a special event on Friday (10 September), the statue was formally unveiled to an audience that included councillors, prominent NHS staff and former nurses and midwives.

Around 40,000 nurses and midwives from around the Commonwealth came to the UK from 1948 to 1973 to help the fledging NHS, which was facing problems recruiting enough staff. The dedication and service of these nurses was exemplary, and it has been said that the NHS would have collapsed without their contributions.

To mark their dedicated service, heritage organisation Nubian Jak, in collaboration with the council, the Whittington Health NHS Trust and Haringey Council, commissioned the granite statue outside the hospital.

The statue, which represents a stylised nurse, was made possible following a Nubian Jak fundraising campaign that raised nearly £100,000. As part of its commitment to celebrating the contribution of Windrush and Commonwealth nurses, and to challenging inequality, the council contributed more than £16,000 to the fundraiser through the Local Initiatives Fund.

Cllr Una O’Halloran, Islington Council’s Executive Member for Community Development, said: “The contribution of this generation of nurses and midwives to this country and our health system cannot be overstated, and it’s vitally important that they are commemorated appropriately.

“There are far too few monuments to this extraordinary generation, and we are proud, as part of our ambition to tackle inequality in our borough, to have supported the creation of this statue outside the Whittington Health”.

Dr Jak Beula, founder of Nubian Jak, said: “Unveiling this statue has been a culmination of three years of hard work and a dedicated team effort. Thank you to Whittington Health NHS Trust, Islington Council, and those who supported this commemoration through donations and sponsorship.

“But above all, everyone at Nubian Jak and our project partners would like to express our thanks and gratitude to the dedicated Windrush and Commonwealth NHS staff who have served Britain’s health services before and since the foundation of the NHS, and to whom this statue is dedicated.”

Michelle Johnson, Chief Nurse at Whittington Health NHS Trust said:  “We are delighted to be able to symbolise our gratitude for Windrush and Commonwealth nurses and midwives and the immeasurable way they have contributed to the NHS.

“I hope that the memorial will encourage everyone to find out about the history of nursing and to give a sense of pride to the nurses and midwives who work at our Trust as well as those across the country.”

Prior to the statue’s unveiling, there were just two memorials dedicated to Black females in a public space in London, highlighting the importance of creating a monument to commemorate Windrush and Commonwealth NHS nurses and midwives.

In addition to the statue, a book by Jak Beula titled ‘Nursing a Nation’ was also launched on Friday. The book tells the stories and lived experiences of this generation of nurses and midwives.

The Nubian Jak Community Trust is working with Islington Council, Islington’s Black History Working Group, and other partners to deliver workshops and events to accompany the book, and copies will be provided to all Islington libraries. 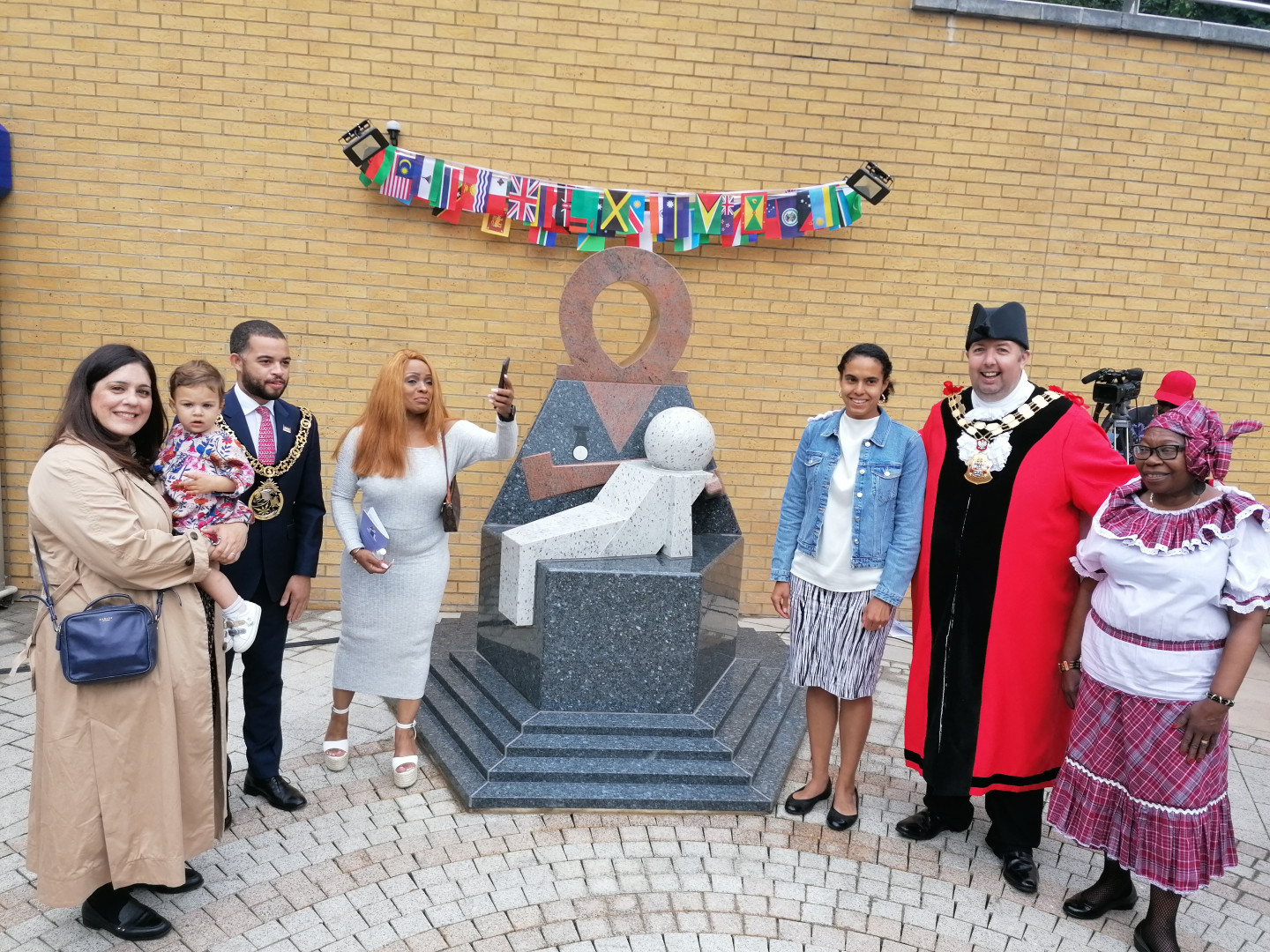 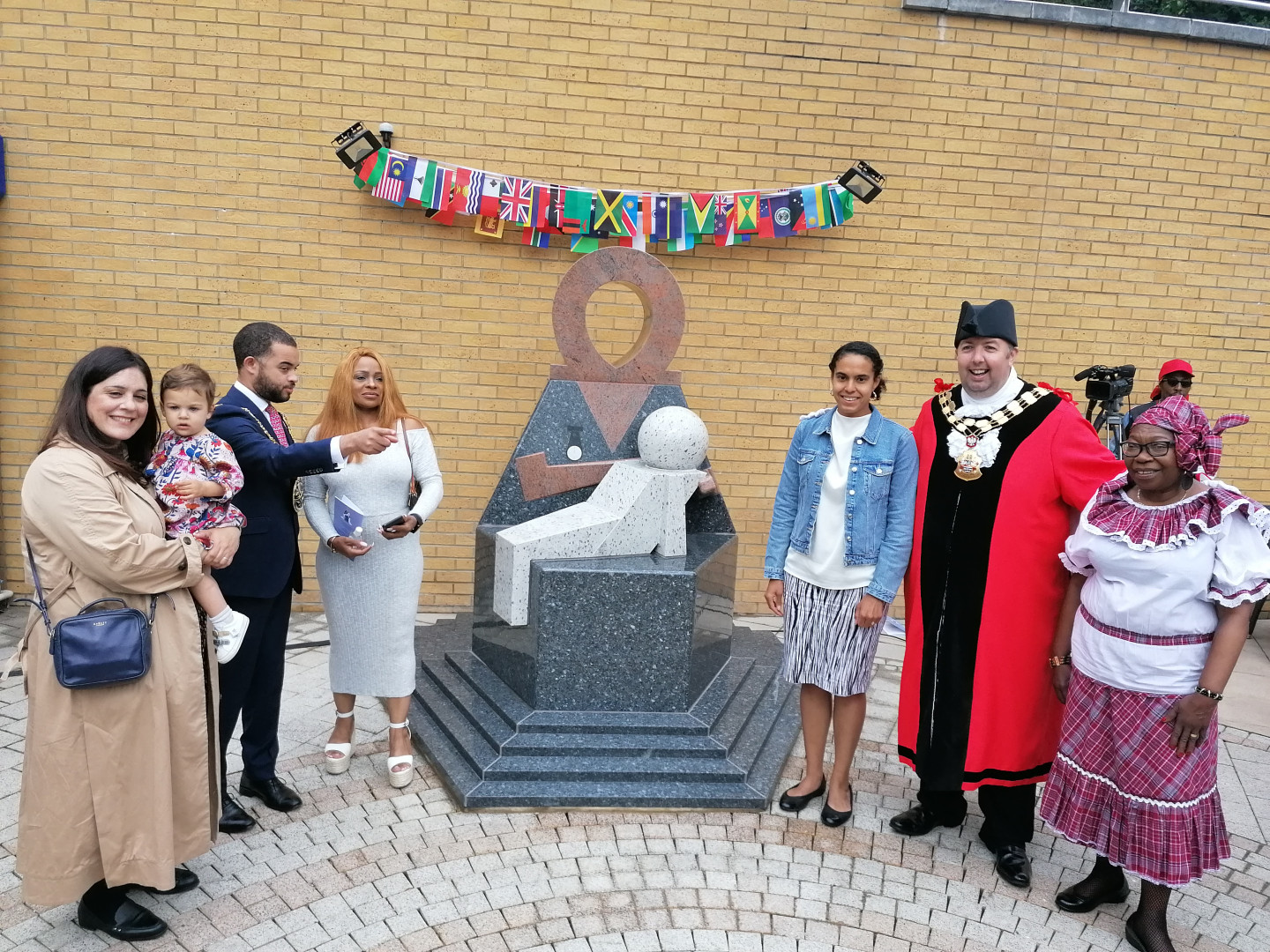