Members of the US Congress send letter to UNSG on Varosha 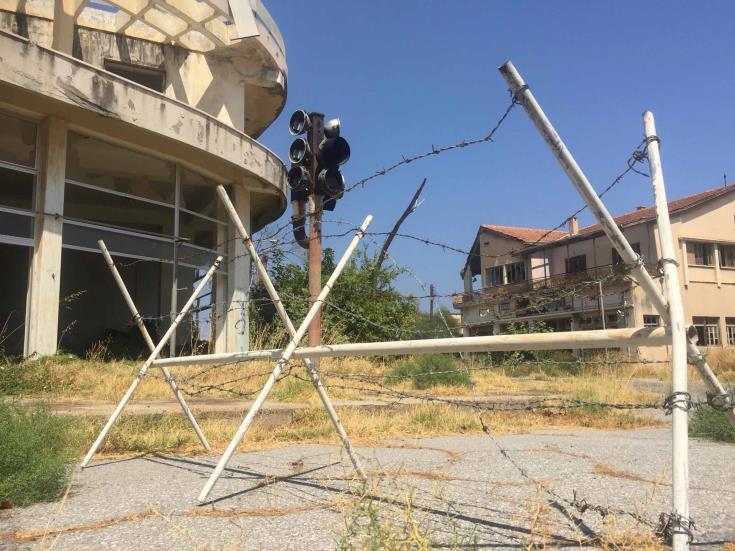 Members of the Congress on Monday sent a letter to United Nations Secretary – General (UNSG) António Guterres regarding Turkey’s provocations in the fenced area of Varosha.

The letter urged the UNSG to “firmly assert the United Nations’ authority to administer and prevent the resettlement of Varosha, pursue the immediate and full implementation of United Nations Security Council (UNSC) Resolutions on Varosha, and examine sanctions against Turkish and Turkish Cypriot attempts to illegally and unilaterally reopen and resettle this city.”

“We echo the Biden Administration’s condemnation of the Turkish/Turkish-Cypriot provocations and illegal actions on Varosha and we join our Senate colleagues in calling for multilateral sanctions given this violation of U.N. Security Council Resolutions and defiance of the international community” said the members of the Congress in their letter to the UNSG.

They recalled that forty-seven years ago, Turkey illegally invaded the Republic of Cyprus. Since then, Cyprus and its people have been divided by Turkey’s illegal military occupation. “Whether Cypriots speak Greek or Turkish, they all deserve a bright and peaceful future as one Cypriot people, free from the artificial divisions imposed upon them by the Republic of Turkey”, they said.

In October 2020, Turkish authorities announced their intention to unilaterally reopen Varosha. On October 6, 2020, the SG emphasized in a statement “the position of the United Nations on Varosha remains unchanged and is guided by relevant Security Council resolutions” and stressed the “need to avoid any unilateral actions that could trigger tensions on the island and undermine the return to dialogue or the future success of talks.” Since that statement, Turkey’s unilateral reopening has not abated, and on July of 2021 President Erdogan announced that part of Varosha would be reopened and administered by the illegal regime in the occupied Cyprus.

The members of the Congressional Caucus on Hellenic Issues welcome the Security Council’s condemnation of this inadmissible change of status by Turkey and Turkish Cypriots. “We want to especially encourage consideration of the Confidence Building Measures over Varosha that have long been put forth by President Anastasiades” they said in their letter.

They watched with dismay Turkish President Erdogan’s irresponsible statements rejecting any solution that does not align with Turkey’s demand to divide Cyprus and its people and they encourage all relevant stakeholders to pursue a solution in line with the various resolutions of the Security Council.

They said that they will continue raising awareness about the struggle of the Cypriot people, condemn provocative actions and statements by the Turkish occupiers, and continue the pursuit of a bi-zonal, bi-communal federation for the Cypriot people.