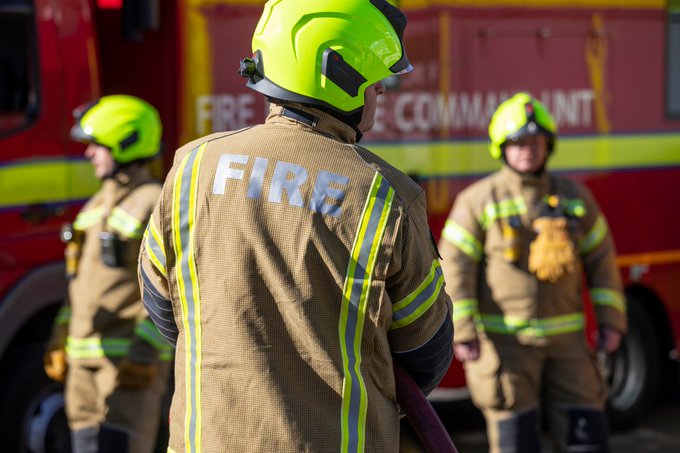 Four fire engines and around 25 firefighters were called to a fire at a building used as a community school on Dunsmure Road in Stoke Newington.

A small part of the ground floor of the mid-terrace building was damaged by fire. There were no reports of any injuries.

A London Fire Brigade spokesperson said: “The alarm was raised by a local resident who heard a smoke alarm sounding and saw smoke and flames coming from a window.

“This incident shows just how important it is to have smoke alarms fitted in your property. You should have working smoke alarms in every room where a fire can start, plus a heat alarm in the kitchen. They should be tested regularly.”

The Brigade was called at 0757 and the fire was under control by 0841. Fire crews from Stoke Newington, Homerton and Holloway fire stations attended the scene.

The fire is believed to have been accidental and caused by an electrical fault in an air conditioning unit.