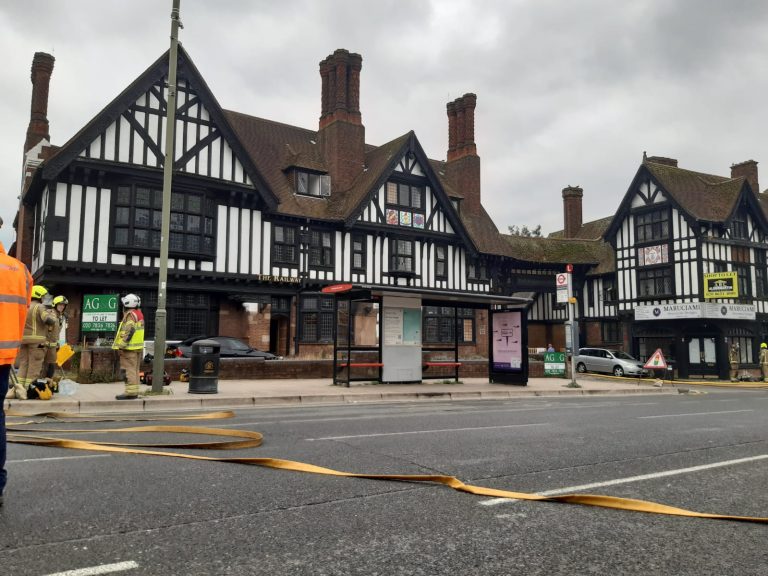 Six fire engines and around 40 firefighters were called to a fire at a derelict pub on Station Road in Edgware.

Part of the first floor of the three-storey building was damaged by the fire. There were no reports of any injuries.

Station Commander James Ryan, who was at the scene, said: “Crews were faced with a significant amount of smoke issuing from the building when they arrived, which had prompted a high volume of calls to our Control Officers.

“Firefighters carried out a systematic search of the building and fortunately, there were no people involved.

“We advised motorists to avoid the area where possible as there was heavy traffic and we were on scene damping down for some time.”

The Brigade’s 999 Control Officers took 20 calls to the visible blaze.

The Brigade was called at 1225 and the fire was under control by 1359. Fire crews from West Hampstead, Barnet and Stanmore fire stations were at the scene, along with colleagues from Hertfordshire Fire and Rescue Service. 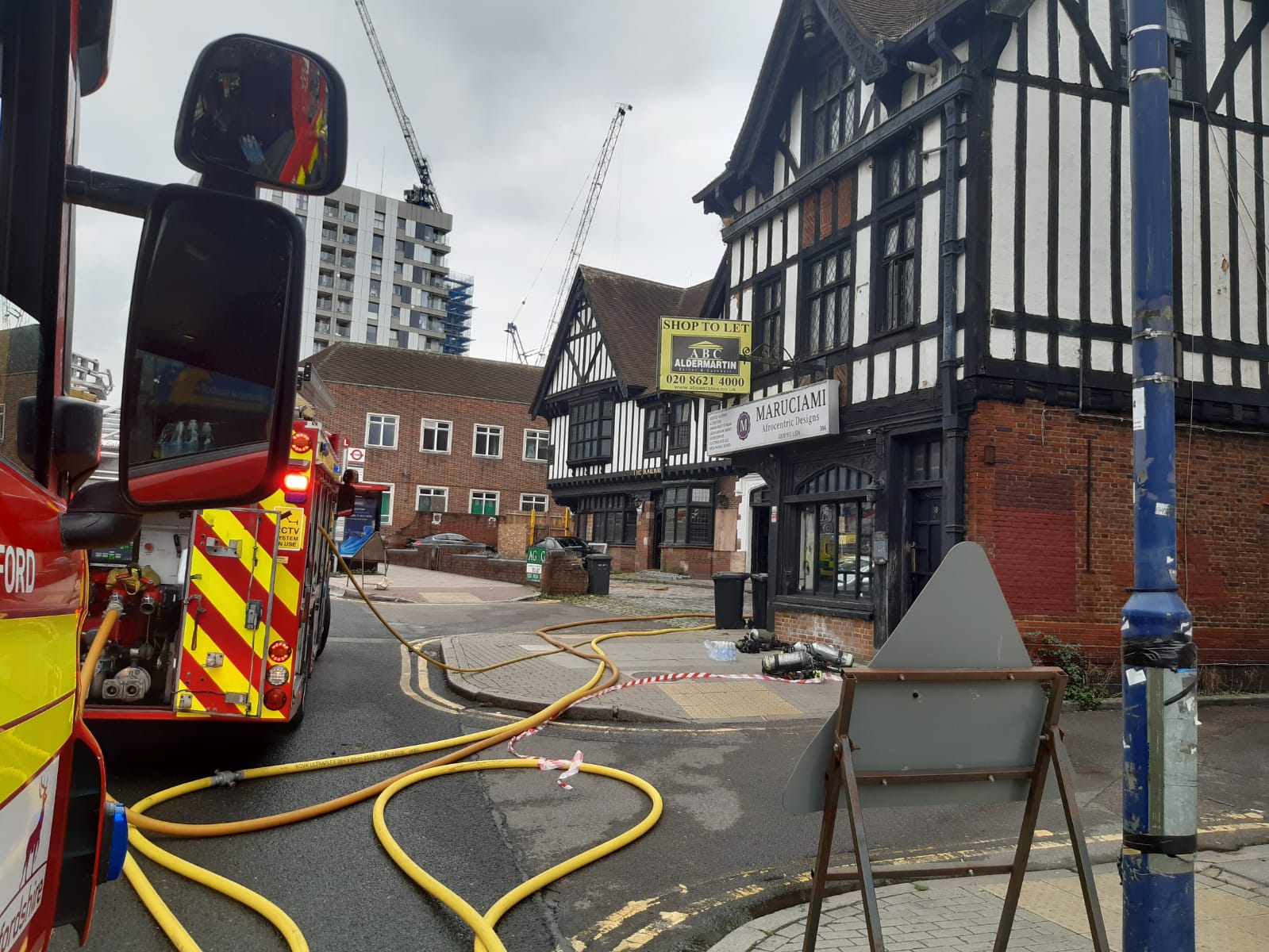 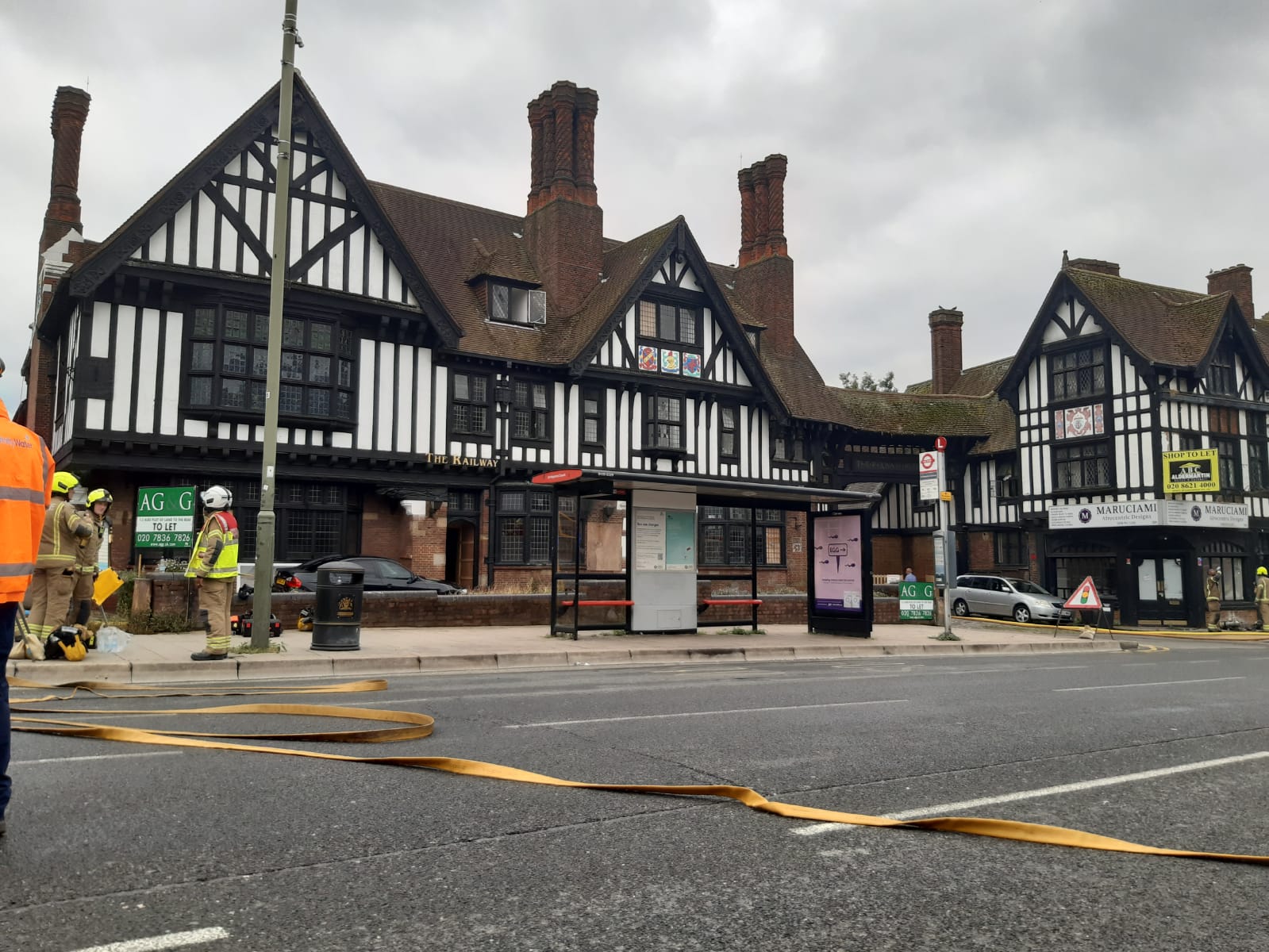