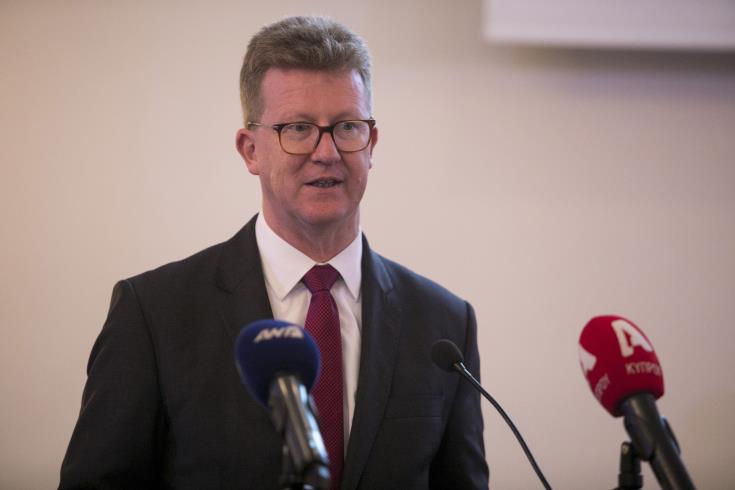 Cyprus’ President Nicos Anastasiades meets today at the Presidential Palace with Britain’s High Commissioner in Cyprus Stephen Lillie. The meeting will be private and is expected to take place before a Cabinet meeting which is set for 09:30.

The President and the British High Commissioner, are expected to discuss the ideas put forward by the British side for the resumption of negotiations on the Cyprus issue.

In an interview with the newspaper “Kathimerini” last Sunday, Lilly referred to the content of British initiatives in the Cyprus issue and said, among other things, that they are discussing a decentralized federation, which is an idea submitted by President Anastasiades himself. He also made clear that Britain does not support a two-state solution in Cyprus.