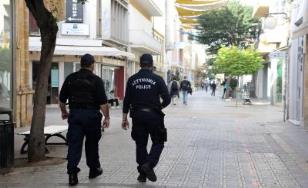 Cyprus Police reported 16 individuals and 7 shop owners for violation of protective measures to contain the spread of the Covid pandemic.

A Police spokesperson told CNA that in the last 24 hours ending on 6:00 local time Saturday, the Force carried out a total of 3.688 checks throughout the government-controlled areas.

The Traffic Department and the Marine and Port Police carried out 204 and 19 checks, respectively, with no reports issued.

Most fines were issued to individuals not wearing protective masks in public spaces and establishments.