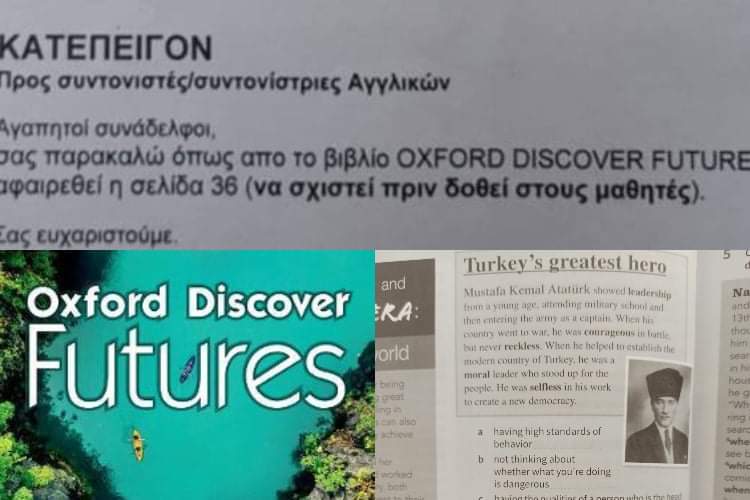 In democratic states, books are not torn or burned, even if we disagree with their content. But under the Anastasiades government, orders are issued by the office of the Minister of Education to tear a page from an English textbook, while now, they are withdrawing the book in question altogether.
Such actions are extremely anti-educational and reactionary. They insult our country and expose Cyprus. And on top of that, they provide arguments to the propaganda of the occupying power Turkey and its puppets, who of course are the last ones who can talk about such practices.
In his term of office as Minister of Education and Culture, Mr. Prodromou has been charged not only with inexplicable incompetence, but also with numerous cases characterised by extreme conservatism, anti-democratic behaviour, censorship and persecution against free expression. And all this at a time when Mr. Prodromou was representing the Cypriot state at the funeral of Mikis Theodorakis, a titanic fighter for democracy and freedom.