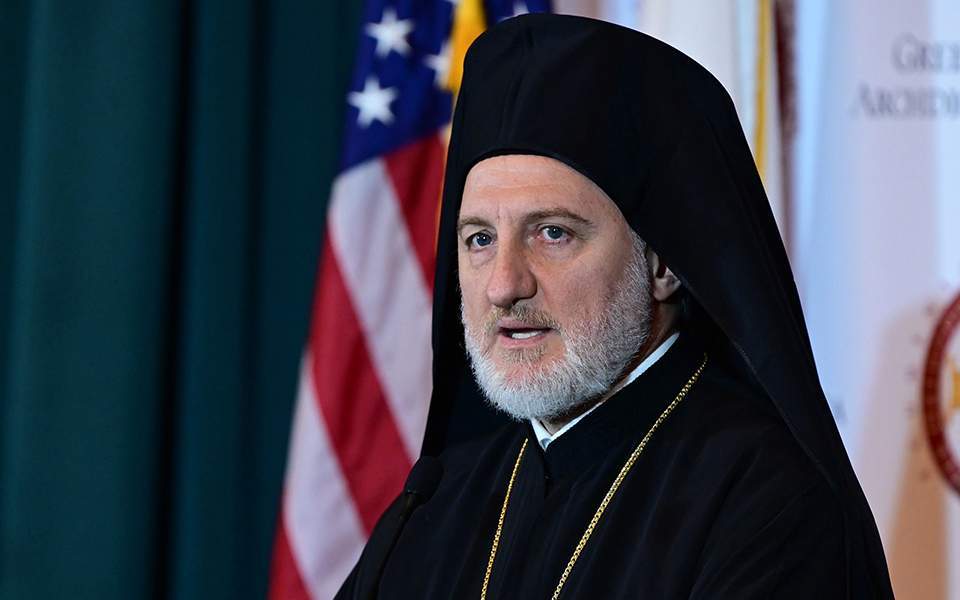 Archbishop of America Elpidophoros has expressed his grief over the pain caused to diaspora Greeks by his presence at an official event organized by Turkey and attended by the Turkish Cypriot leader, Ersin Tatar, in New York.

“As a Greek of Constantinople, me and my family have also experienced the devastating consequences of uprooting,” Elpidophoros said in a statement in Greek.

“I thus want to state to everyone that my presence at Monday’s event would under no circumstances amount to a recognition of a disaster, of displacement or of occupation,” he said.

Elpidophoros said that his presence was aimed at promoting “honest and courageous dialogue for a future with peace where religious freedom is protected.”

“We are all united in defending our national interests, each in their own way and from their own post. We nevertheless remain united [and] focused on the same objective,” he said.

“I am sincerely sorry for the pain I unintentionally caused among my Cypriot and Greek-American brothers,” he said, expressing his hope for a just and viable solution to the Cyprus problem on the basis of previous United Nations resolutions.

During Monday’s event, Turkish President Recep Tayyip Erdogan opened the Turkish House, or Turkevi Center, which will house the Turkish representation to the UN as well as delegates from the Turkish-occupied north of Cyprus, on the sidelines of the UN General Assembly. The event was also attended by UN Secretary-General Antonio Guterres.

The government in Athens criticized Elpidophoros over his presence. “We were irritated by the actions of the archbishop. The Greek government expresses its displeasure,” government spokesperson Υiannis Oikonomou said during a press conference Thursday.

Evangelos Venizelos, a former deputy prime minister and minister for foreign affairs, in a Facebook post said the government’s criticism of Elpidophoros was “profoundly ahistorical” and “myopic.”