Haringey Borough lose in the FA Cup to Peterborough 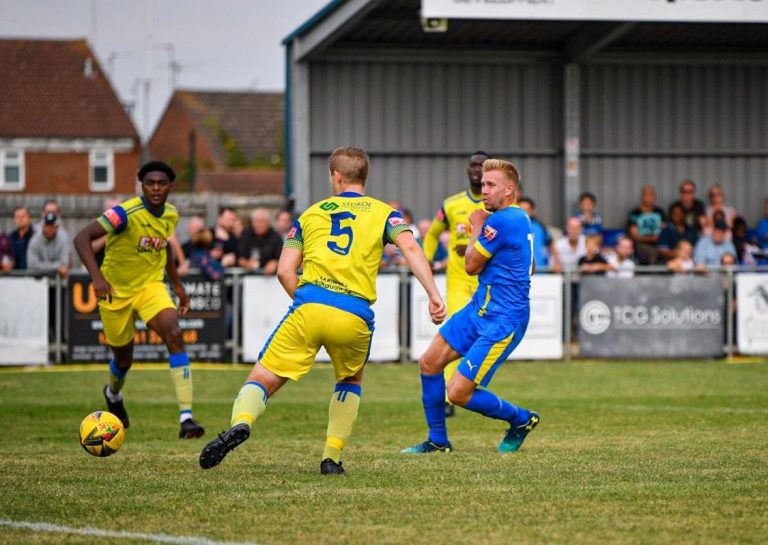 Photo James Richardson
Haringey Borough couldn’t give a debut to new signing from Heybridge Swifts Adeyinka Cole, as he played in the last round- but he may not have got a start anyway given how good they’ve been of late. Borough, with three straight victories under their belts, faced Southern Premier Central leaders Peterborough Sports, who had won all five of their games so far and scored seventeen goals in the process. After a goalless first half Borough made the breakthrough shortly after the break, Sami Bessadi scoring the first goal, but were pegged back with twenty three minutes remaining and fell behind right at the end- a killer blow, and one that couldn’t be recovered.
Sports emerged winners despite deservedly falling behind after 51 minutes. The manager with the Midas touch Jimmy Dean’s substitutions turned the game with replacements Dan Jarvis and Jim Stevenson claiming the goals which sent the city into the second qualifying round.