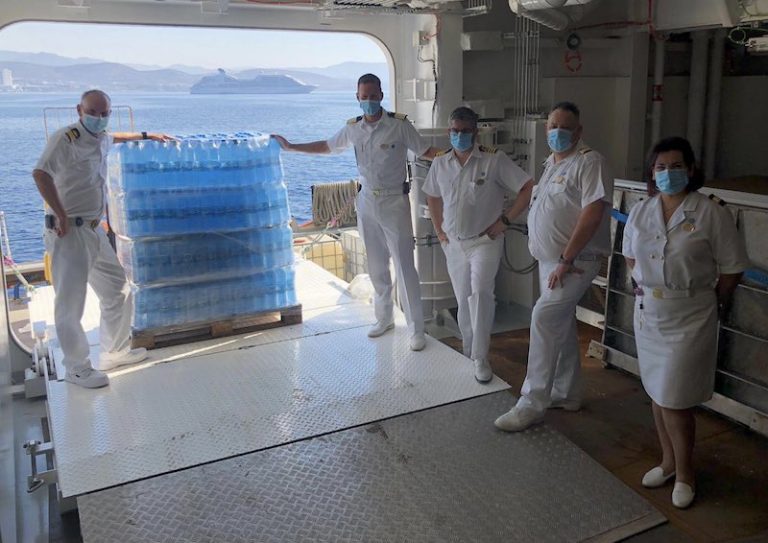 “Thank you to Princess Cruises, EDT Offshore Director Giles and the onboard team for your support and help,” Brand wrote on Twitter.

This comes days after Cyprus got stricken by mass-scale wildfires. The blazes broke out on July 3 in the Troodos Mountains and were brought under control two days later, on July 5.

More than 50 homes have been destroyed as a result of the fires described by Cyprus’ Interior Minister Nicos Nouris as the “most destructive” in the history of the country, according to The Associated Press.

According to the official statistics, four people had died as a result of the blazes. A 67-year-old man was arrested on suspicion of starting the fires.