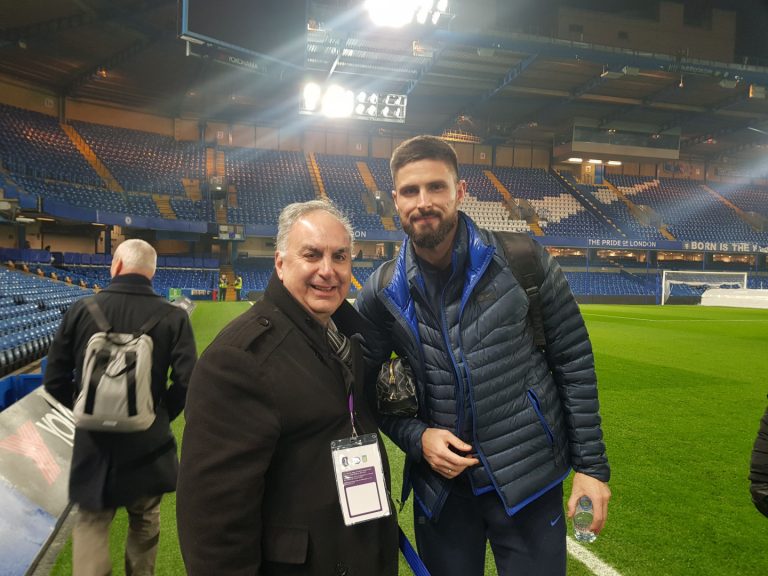 Chelsea striker Olivier Giroud has completed his move to AC Milan for an undisclosed fee after three years at Stamford Bridge.

The France forward seen here with our Michael Yiakoumi joined Chelsea from Arsenal for £18m in January 2018.

The 34-year-old thanked Chelsea on Twitter for the “special memories”, saying he’s “starting a new journey with a light and happy heart”.

He wrote: “Our victories in the FA Cup, Europa League and Champions League have been magnificent.”

Giroud added: “To all the Blues, to my teammates, to all my coaches, to the whole club, a huge thank you for these special moments.”

He scored 11 goals in 31 appearances for European champions Chelsea last season but only made eight Premier League starts.

The striker scored 39 goals in 119 appearances for the Blues in total, winning the Champions League, Europa League and FA Cup.

The World Cup winner, who also won three FA Cups with Arsenal, came off the bench in France’s Euro 2020 defeat against Switzerland in the last 16.