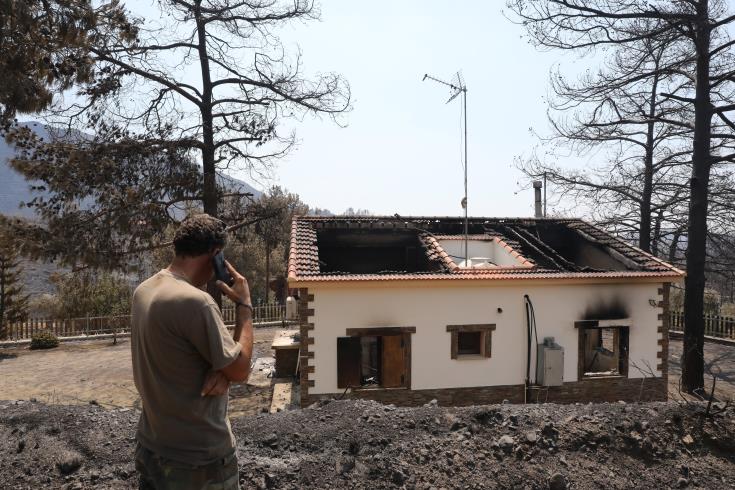 Only small resurgences are still burning in the forest fires at communities of Limassol and Larnaca on Sunday evening, according to the Fire Service and Civil Defence, which, however, are being dealt with.

The huge forest blaze that started in the village of Arakapa of Limassol district on Saturday killed four people as it spread to communities in Larnaca district.

Fire Service Spokesman Andreas Kettis told CNA that there are no active fire fronts, adding that there are resurgences which are being dealt with immediately.

Deputy head of Limassol Civil Defence Department, Olivia Michaelidou told CNA that there are only small fire outbreaks. She also said members of the department are now concentrated on granting humanitarian assistance to those who had to abandon their homes.

She also said efforts are now focussed on restoring power and water the soonest. Michaelidou also said that the Civil Defence is on standby for any assistance necessary.

The blaze, helped by strong winds, affected at least 10 communities over an area of 50 square kilometres in the foothills of the Troodos Mountain range, an area of pine forest and densely vegetated shrubland.

Police confirmed that four people were found dead on the side of a mountain at Odou village of Larnaca district. The four were missing since Saturday when the fire broke out.

The four, believed to be Egyptian nationals, were aged 22, 23, 36 and 39 and were working at a rural estate. They were reported missing by their employer after not responding to his phone calls. A rescue operation was underway to locate them but stopped at night. In the morning, four bodies were located 500 metres where their vehicle was located on Saturday. Post mortems will take place at Nicosia General Hospital.