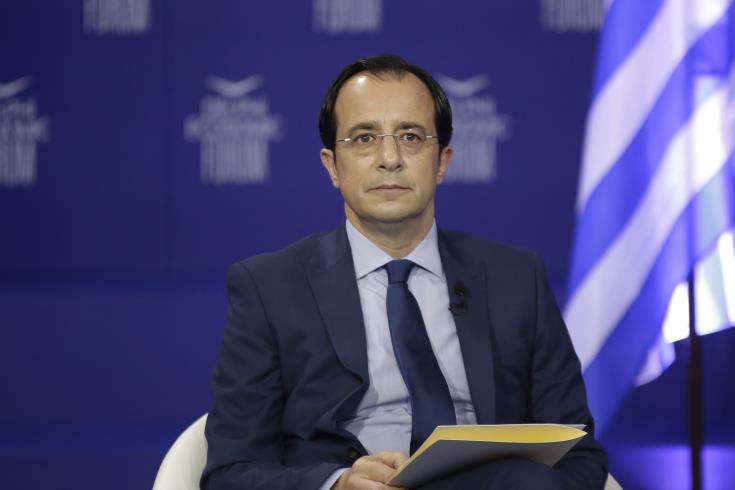 Cyprus` Foreign Minister Nikos Christodoulides said that the Biden administration intends to assume a more active role in the Eastern Mediterranean, which is seen as a positive development by the Cypriot government.

In an interview with the Greek website ethnos.gr, Minister Christodoulides referred to his first telephone conversation with his US counterpart Anthony Blinken. According to the Cypriot Foreign Minister, Blinken expressed the strong commitment of the US to the region and the intention to play an active role to security and cooperation mechanisms.

“The new US administration is more interested in the Cyprus problem, and wishes to get involved in efforts for a solution”, Christodoulides said, and noted that he was told that changing the existing framework for a Cyprus solution is not acceptable by the US.

“Our assessment is that the Cyprus problem and Greek-Turkish relations will be a topic of discussion at the Biden-Erdogan meeting,” Christodoulides said.

Commenting on the results of the Turkish Foreign Minister’s recent visit to Athens, Christodoulides said that Cavusoglu’s visit didn’t signal significant developments as regards the Cyprus issue. “We consider the meeting between Mitsotakis and Erdogan on June 14 an important development, along the fact that the Greek government has clearly stated that the Cyprus problem is of utmost importance and normalizing relations between Athens and Ankara depends on Turkey`s stance as regards the efforts to resolve the Cyprus problem. There was, in fact, particular reference to the issue of the fenced off city of Varosha”, the Cypriot Foreign Minister added.

Finally, asked about the prospects for a “positive agenda” in the forthcoming European Council, Christodoulides said that Turkey needs to prove its intentions not only in words but in deeds. “The message has already been sent to Turkey regarding the need for positive developments in the Cyprus problem before the European Council”, Christodoulides concluded.