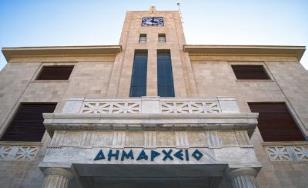 The Municipality of Limassol got the green light- together with the twinned municipalities of Ioannina (Greece) and Haifa (Israel) – for the promotion of  equality, diversity and positive interaction in the cities members of the Intercultural Cities Network.

A press release by the Limassol Municipality says that the proposal, which was submitted in the framework of the Inter-City Grants 2021 of the Council of Europe, has been approved and will finance local actions, which will be implemented by the participating municipalities, members of the Network of Intercultural Cities.

It is added that the actions are designed to test, assess or implement policies, strategies, tools and methodologies, according to the policy model of Intercultural Cities.

The three cities will strengthen their cooperation through the creation of an open and inclusive Network of Mediterranean Cities.

Activities will mainly focus on marine sports, aiming to the cooperation of social and sports bodies of the three cities.

“Through joint actions we aim to  highlight the advantage of diversity and multiculturalism”, it adds.

Concluding, it says that among the goals is the active participation of young people of different identities in the various actions.