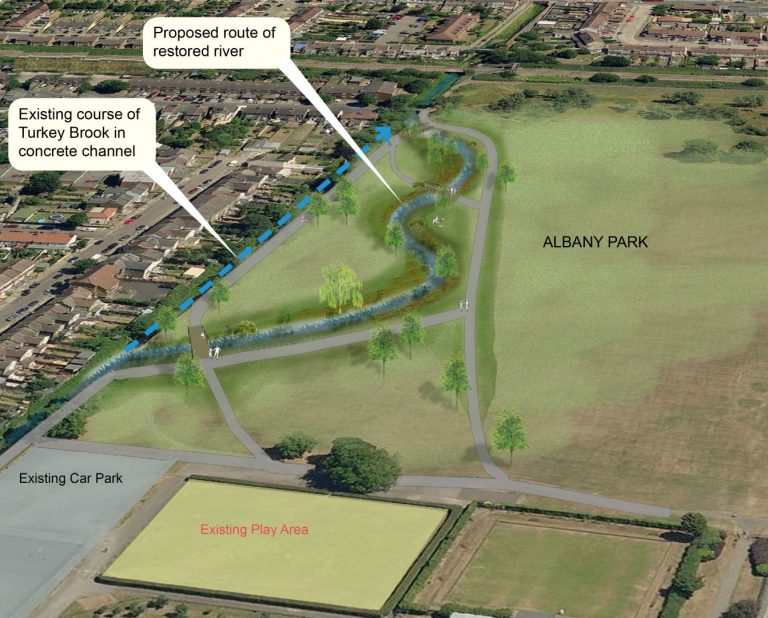 The restoration of the Turkey Brook and re-landscaping of Albany Park continues apace, with volunteers coming together for a community planting event on Thursday (27 May).

Volunteers were joined by the Deputy Mayor of Enfield Cllr Christine Hamilton Council officers and project partner Thames21 who helped to lay wetland plants such as Purple Loosestrife, Marsh Marigold and Flag Iris.

Albany Park has been undergoing a significant transformation in recent months. The river corridor has been widened and diverted to meander into the park, which will create more interest and significantly enhance the available habitats for a wide range of wildlife. Importantly, new wetland features and a large flood storage area will help limit the flood risk to over 200 local properties.

Cllr Dogan said: “Albany Park is a fantastic example of how we are improving and enhancing our open spaces and making them more accessible. The re-routing of the river has been a mammoth and bold task. It will make the park aesthetically more pleasant for visitors and will also attract wildlife. By increasing park visitor numbers we hope to create a thriving place with a strong sense of community that also supports the local economy.

“The work at Albany Park demonstrates some of the key aims of the recently agreed Enfield Blue and Green Strategy, which is a broad framework that brings together a number of plans and policies including those for health and wellbeing, tree management, flood management, heritage, culture and climate action. Importantly, the strategy also endeavours to address the disparities between the east and west of the borough by improving access to outdoor space and nature.”

The Albany Park river restoration project, located in the North East of the borough, is part funded by the Greater London Authority (GLA), which awarded a £346,000 capital grant, alongside a £901,000 grant from the Environment Agency. Enfield Council and the project partner environment charity Thames21 are keen for volunteers to get involved particularly those in the local community. Visit Thames21 for more information on Restoring Enfield’s Rivers and upcoming volunteering events.

The work at Albany Park is scheduled to complete by mid-Summer 2021. 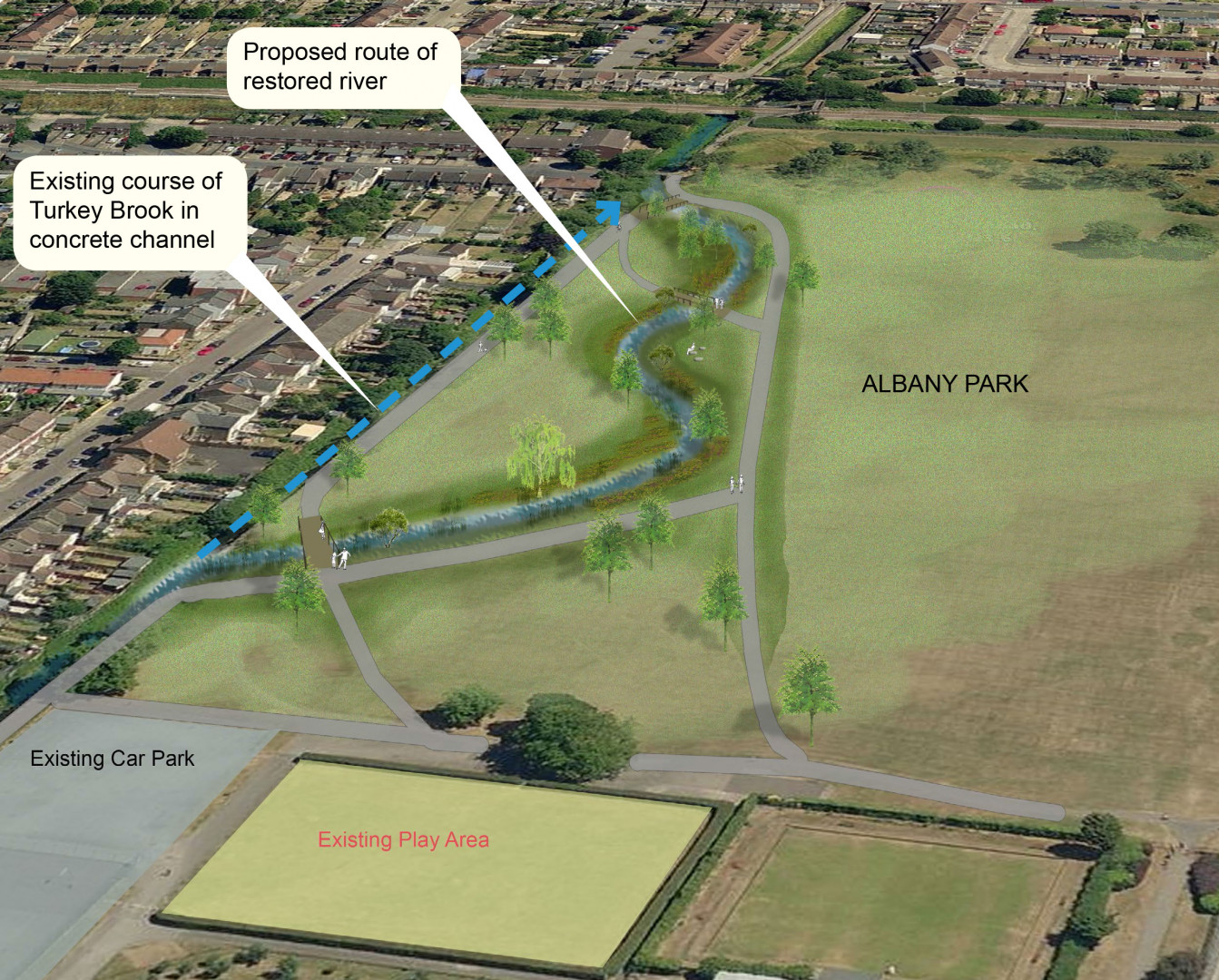 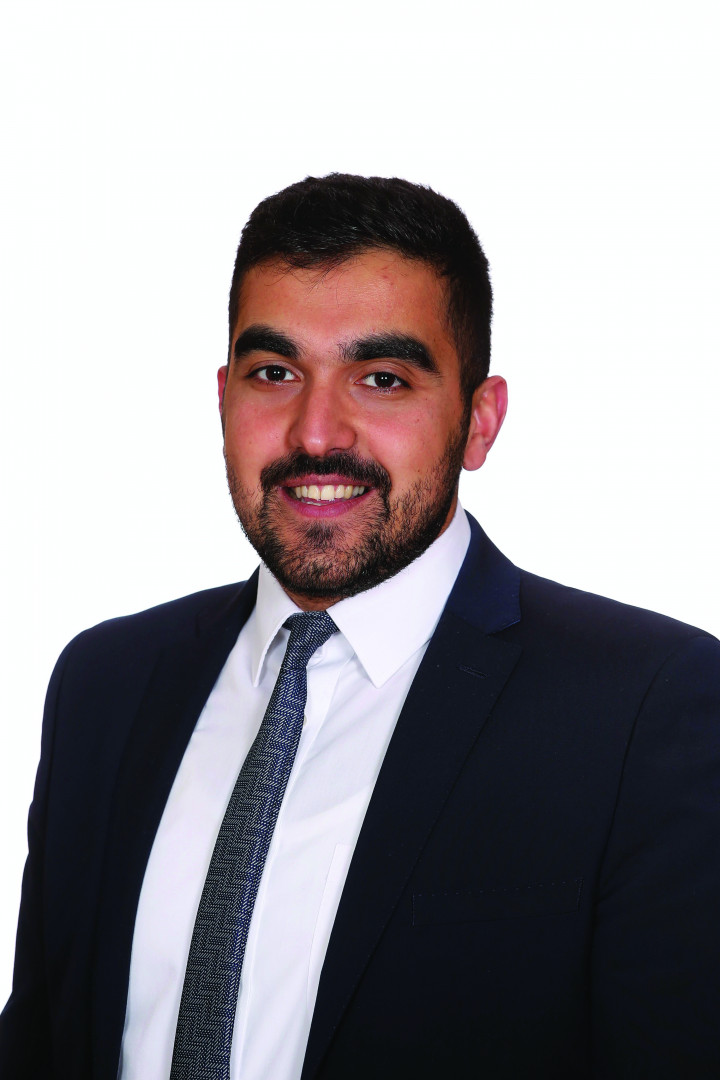