An update from the Chairman of Barnet FC Tony Kleanthous 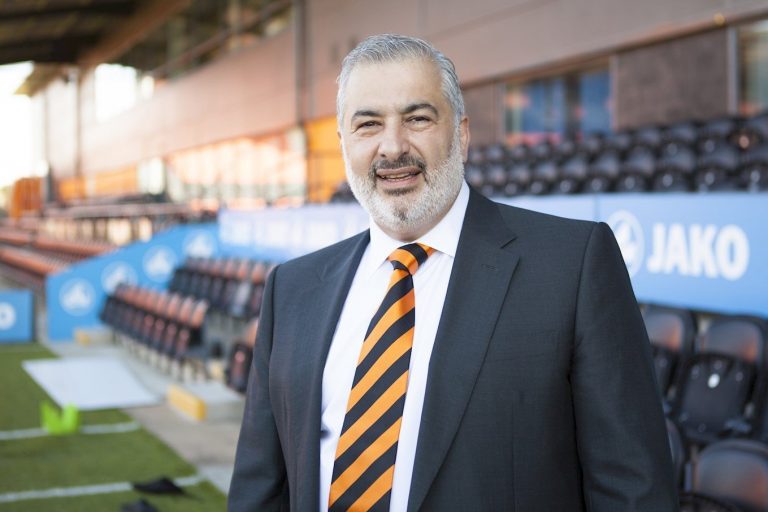 The Club’s Media and Communications department has monitored social media comments and understand that Bees fans need to have questions answered on this season’s disappointing campaign and how the Club plans to move forwards.

Following a review of Bees fans comments online, the Club put the most frequently asked questions and topics to Barnet Football Club Chairman, Tony Kleanthous and below are his responses.
1. Where do you think the season has gone wrong and why has it been such a disappointing campaign?

There has been much going on behind the scenes that supporters may be unaware of so it may help everyone if I provide a rough timeline of events filling in some of the missing pieces.

The National League decided not to begin the season without supporters and we were not expecting to start until after November at the earliest. The government intervened and offered Clubs a grant (about £80k each per month) to commence so the League agreed to kick off in October at short notice. This caught us a bit off guard and unprepared. A lot of our players contracts had expired and hadn’t been renewed because of the possibility of our then manager going to a League Two Club, which he understandably saw as a good opportunity for him, and also the uncertainty surrounding Covid.

We appointed a new manager and assembled a squad as quickly as possible but pre-season was condensed to just a few short weeks and the players could have done with a little more time to gel.

We were doing ok and beat Burton in the Cup when Covid hit us hard with our manager and a number of our players affected. The whole squad had to go into quarantine as per the NL protocol at the time (it has since changed) which prohibited any training. For some matches, we literally had come off two weeks of isolation with only one training session before having to play a league match which was tough for all concerned. We ended up having four Covid outbreaks over the autumn and early winter as different members of our squad were infected at different times making training and match preparation impossible.

Peter did his best but a change was needed and Tim, who was experienced at this level, was brought in whilst we still had time to put things right. In January, the government suddenly withdrew its very generous grant support which was the only thing propping up most Clubs. A vote was called by the NL whether to end the season and the government introduced a loan backed survival fund in return for Clubs to finish the season. The North and South Clubs decided to end the season anyway whilst the NL Clubs voted to continue subject to receiving these government loans to cover their losses. The proposed loans were against the NL rules so in order for these to be considered the League agreed to extinguish relegation as it would not be fair for a Club without a loan to be relegated playing against teams propped up by the government funding. I continued to support the manager and Tim made a number of signings (nine in total) but his return of one win in fourteen meant our season had come to an end.

Ultimately, we have suffered from very poor player recruitment and we now find ourselves adrift from the pack with little to play for.

2. Is there an update on the First Team squad, specifically the furloughing of players?

We have put a small number of players on furlough when they have not been considered part of different manager’s plans. This helps to support them and their families as best as possible during this pandemic and is not a reflection on their ability but more the different types of style that each manager wanted. We felt they should not be judged so have kept the matter private between the Club and each individual player and no announcements have been made.

Unfortunately, the two games per week programme has given us a number of injuries limiting the selection options but we think we have enough depth to get through until the end of the season.

3. It’s been said that you have lost your passion for the Club, can supporters be reassured that this is not the case?

I don’t think anyone who truly knows me can ever say that I am not passionate about our football club. However, I do question those who do not attend the matches or invest in the Club in any way whatsoever yet constantly go on social media to abusively complain about everything.

Sadly, there are some who no longer follow us but just because they attended Underhill ten or more years ago think they have the right to abuse the good name of Barnet FC, the players, staff and management who are giving everything they can for our Club.

I’m only interested in hearing from those that do turn up and do invest in the Football Club, not the twittering idiots whose sole intent is to reinvent the past and try and divide us. Real supporters never give up no matter how bad it gets, and I will never give up.

We have a lot of amazing, loyal, committed people who support our football club and we will make sure we give you a Club to be proud of going forwards.Sorry if this comes across strong but after nearly thirty years of hard work, I don’t believe any of these keyboard moaners has the right to question my honesty, integrity or passion for this Club!

4. What is your involvement in the recruitment of players, can you give us an insight into how the process works?

It’s not always the individual that’s at fault and it can also be the team dynamic, selection or the system players are being asked to play in that doesn’t work so it’s important we recognise that our problems go beyond individual players. Having said that, I think I could have done a better job selecting players if I pulled names out of a hat than we have done since our relegation to the NL. However, as I said earlier this is not the player’s fault, they pull on the shirt and do their best so we should all get behind them whilst they are signed with our Club.

We used to have a Head of Recruitment through our Academy but unfortunately, all this was abandoned when we were relegated and lost our Academy Licence. In the past, the manager would identify an area of the squad where he felt we were weak and the HOR would advise of likely targets to strengthen us. The manager would advise me of his top three targets within our budget and although we don’t always succeed, we rarely missed out on our chosen targets.

I have to say that relegation severely knocked me and I responded by trying to appoint experienced NL managers leaving them to just do their own recruitment. This was a mistake and has had severe consequences. I think it’s the area we need to invest in the most if we are to improve this club and I will not leave this to the managers alone in future.

5. What is your vision on the structure going forwards in terms of the First Team set up, is there an update on where the Club is with the process?

I have decided to rebuild the whole backroom team which is why the process is taking a while longer than usual.

I therefore want to take my time and find a team of people who can be part of the longer-term vision for Barnet FC where we are not always having to start from scratch. This means I need the right people to join Gary Anderson our Head of Performance, Ollie Galloway our Physio and Ricky Bartlett who is joining us in July to handle Football Operations and Logistics.

In this respect, it gives me great pleasure to announce that Simon Bassey who was formerly at Wimbledon, has agreed to join us and I am delighted to welcome him to the team. Simon will be coaching the First Team going forwards. He was with the Dons for seventeen years achieving seven promotions and I would like him to bring the same stability and success to us here at The Hive. He is joined by Dave Anderson, who has enjoyed his own successful career as a goalkeeper with Northern Ireland and in non-league football management and will be Simon’s assistant and Goalkeeping Coach.

All the above are experienced and uniquely qualified individuals with strong track records and will hopefully demonstrate my commitment to rebuilding the long term stability of the Club.

6. How will the Club go about moving forwards from this season and into a successful future, ?

We lost a lot of good football people firstly because of relegation and then secondly the impact of Covid on the business.

The Hive was built to produce non-matchday revenue to support the Club but the business has ground to a halt for over a year now without an event, football booking, wedding, conference, gym member or restaurant meal in sight.

My priority was to hold everything together and ride out the storm and to date, we have managed to steer through, although it has been incredibly difficult at times. The impact of Covid has all taken longer than expected but there is finally a light at the end of the tunnel and so the rebuild for next season is now underway.

Today our results are not important as the outcome will be the same whether we are 8th or 24th. What really matters is that we properly use this time to plan and put everything in place for a big push next season. This means more additions to the coaching and better playing staff………..

I am excited at the prospect, which is one of the great things about football, every year we all start again with the same number of points!

Thanks to all for your constant unwavering support, Come on you Bees!

Stay tuned to Barnetfc.com in the coming days as we welcome Simon and Dave to The Hive London and prepare for the weekend’s fixture away to Maidenhead United.