A welcome return for Omonia Youth 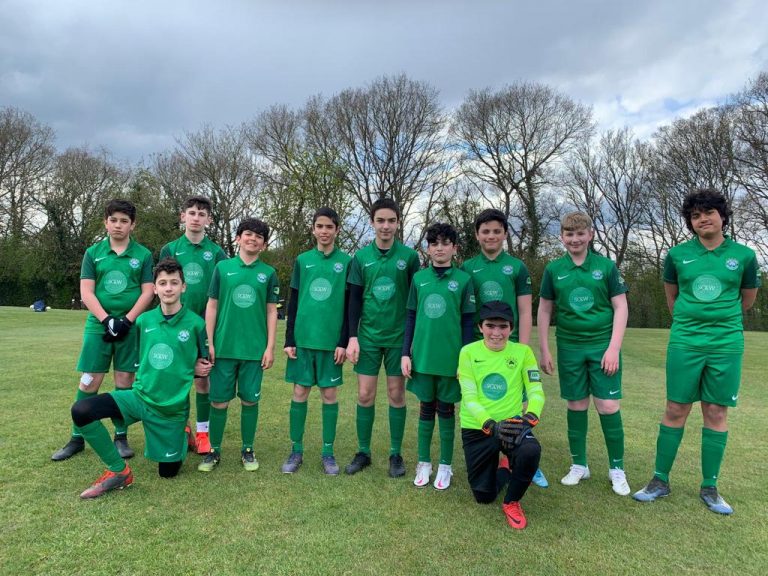 Following the latest lockdown, there was a welcome return to football for many of the teams of community grassroots club Omonia Youth FC, sponsored by Spector, Constant & Williams, Vas Barbers and V Jewellers. 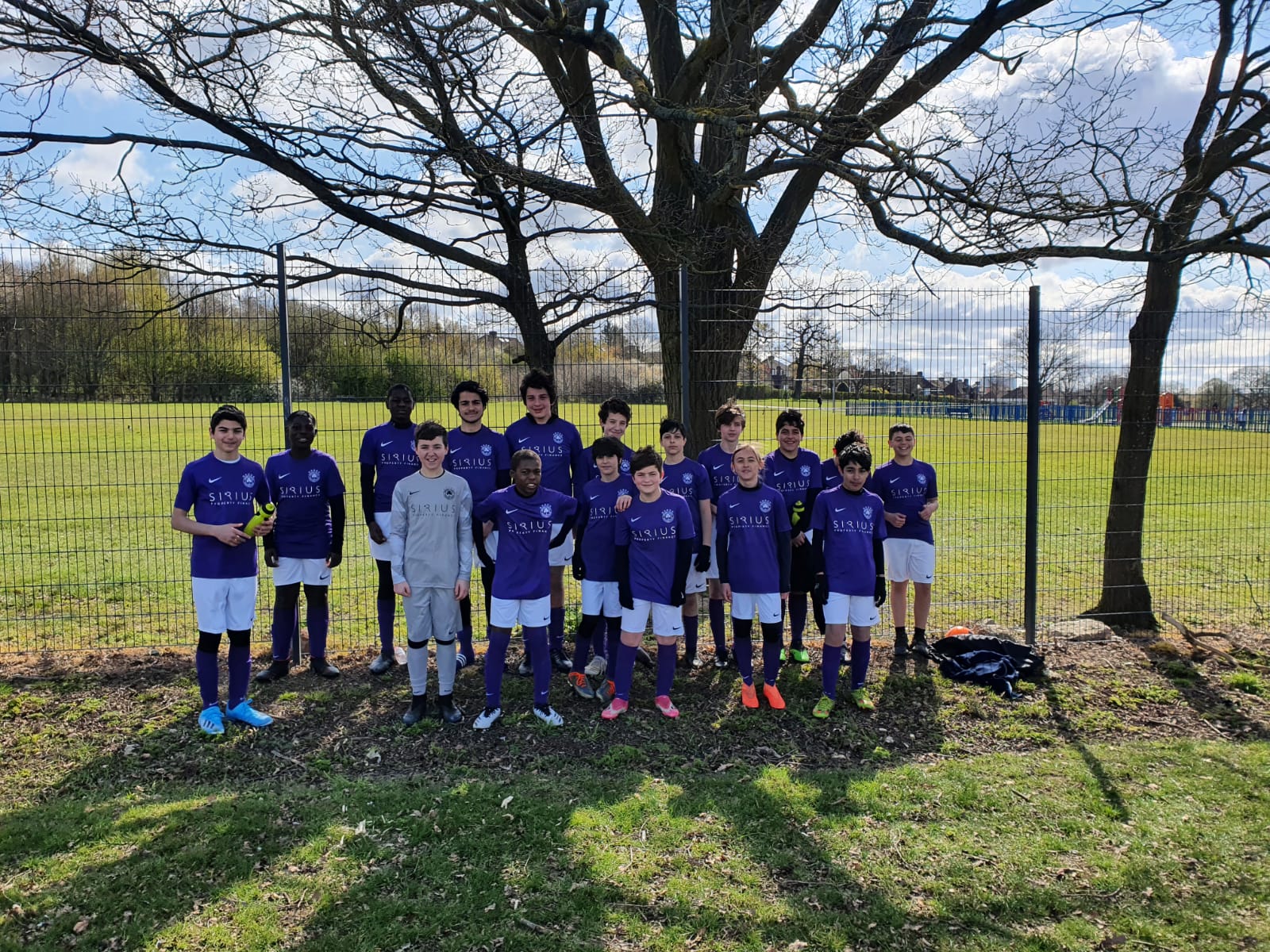 Mike Koumi and Adam Broomfeld’s Under 13 White won a 13 goal thrilling 8-5 in their furst game back. The message was clear to both teams, go and out and enjoy your football and that they did! It was a game packed full of goals as attack dominated defences. With plenty of positive interplay and individual goals, the three points keeps the Under 13 White top of the table. Goals were scored by Chris (3), Georgie, Nick, Thomas, William and Davide with Jailen named Man of the Match

Tas Georgiou’s Under U14 Green came up against a very good opponent and lost 5-0 however, the boys gave everything against the league leaders and with many injuries to cope with it was always going to be a tough game. Pleasingly, the team spirit remains as strong as always with everyone looking forward to the next game. Man of the Match was awarded to Dawson Yianni.

Myri Demetriou and Kyri Eleftheriou’s Under 12 White played a double header and won both games; 3-1 and 2-1.

It was a brilliant performance from the boys which tested them physically as well as technically. The whole team put in a huge and played some nice football on a hard bouncy pitch. They battled for everything in both games and showed heart when bodies were clearly flagging. Notable performances came from Andre with a strong performance in midfield and defence when asked of him he also scored in first game. Leo with a clinical finish after great football to get second. Debutant Lewis poached the crucial third to seal the first win. Then a great finish from Lewis in second game to give the Under 12 White the advantage before Kleanthis ghosted in at far post to get the important second.

Man of the Match was awarded to debutant boy Lewis for scoring two goals and for an all-round hard working performance.

Chris and Jimmy Mousicos’ Under 16 Gold kept their title challenge on track with their second successive win. Men of the Match Freddie and Lewie both scored in a 2-0 win.

Savva Zavros and David Poncia’s Under 15 Gold put on a fantastic effort playing against a undefeated team in the league. It was a top versus bottom clash and the Under 15 Gold were only defeated 1-0 via a set-piece goal. It was great to see the boys out-play their opponents for large part of the game but they were unable to convert any chances created.

Alex Christofi and Serkan Nihat’s Under 14 White put in the performance of the day with a thumping 8-0 win. Easing themselves back into the return of football, they led 2-0 at halftime. The second half was very different as the Under 14 White went looking for goals as the game resembled attack v defence. Goals were scored by Yullian (2), Kaya (2), Anthony P, Emirhan, Harry and Alexander. 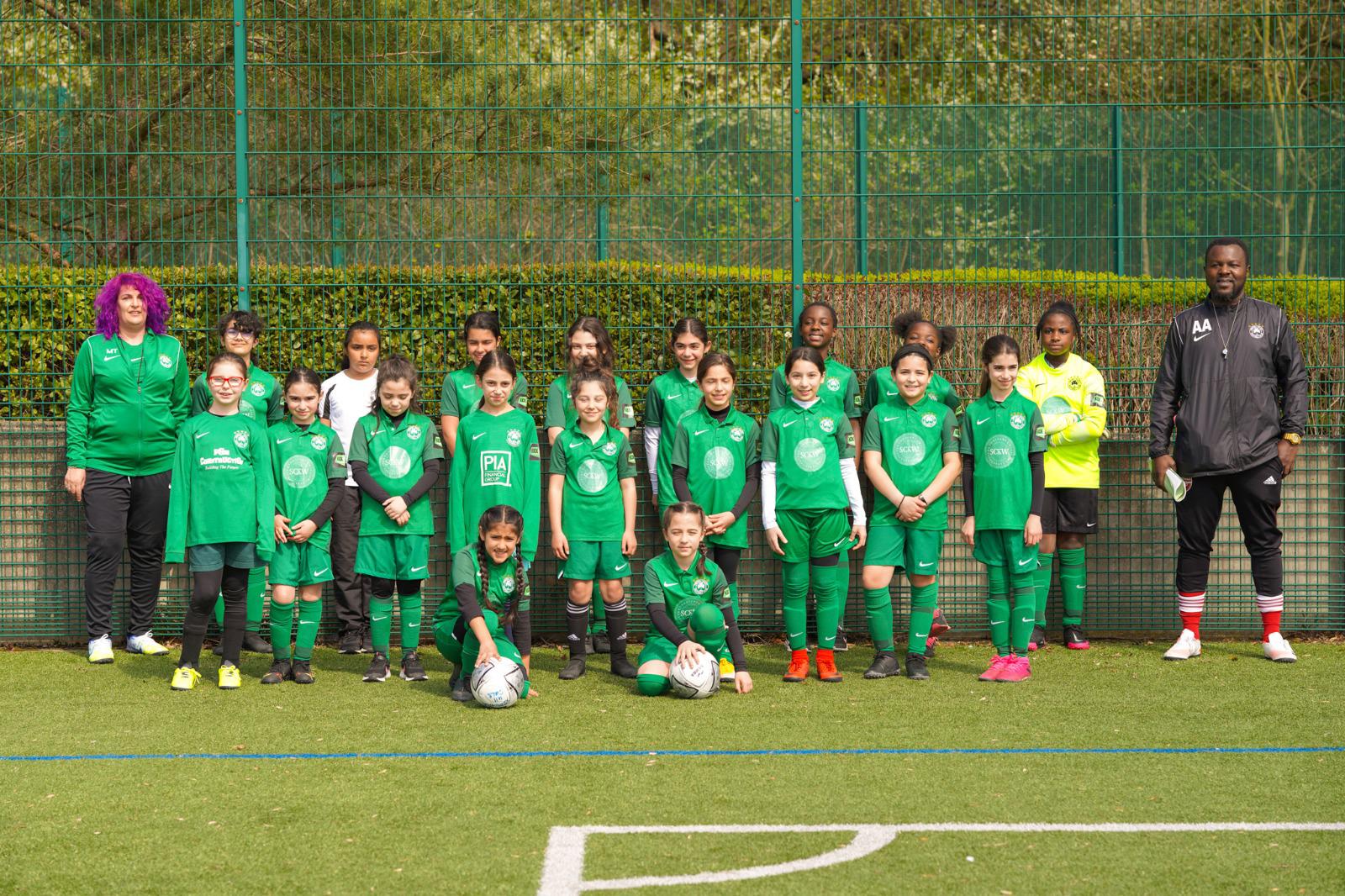 The Under 11 Girls returned to action too and there was nothing but praise for the whole team. From the first whistle they got stuck in, played their football. There were plenty of smiles and the girls constantly praised each other. They never gave up, played with their heads up high scoring two cracking goals too. The watching parents were amazing too with their positivity helping generate a lovely atmosphere. Anastasia was name Player of the Match 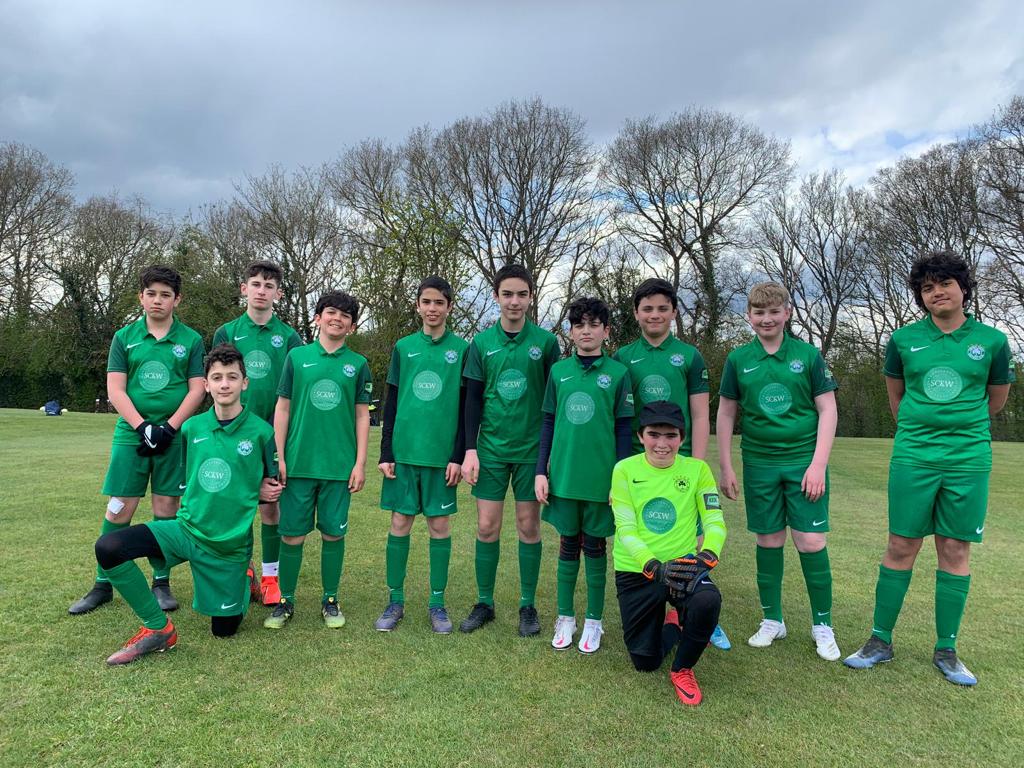 Zeno Vryonides and Vas Simou’s Under 13 Green were also glad to be back playing football and it was a tough match as they only had 10 players for a double header. Nevertheless, the boys gave it everything and fought until the last whistle of the second game. Even though they lost both games, all the boys enjoyed being back on a football field with both coaches proud of their teams’ effort and attitude. 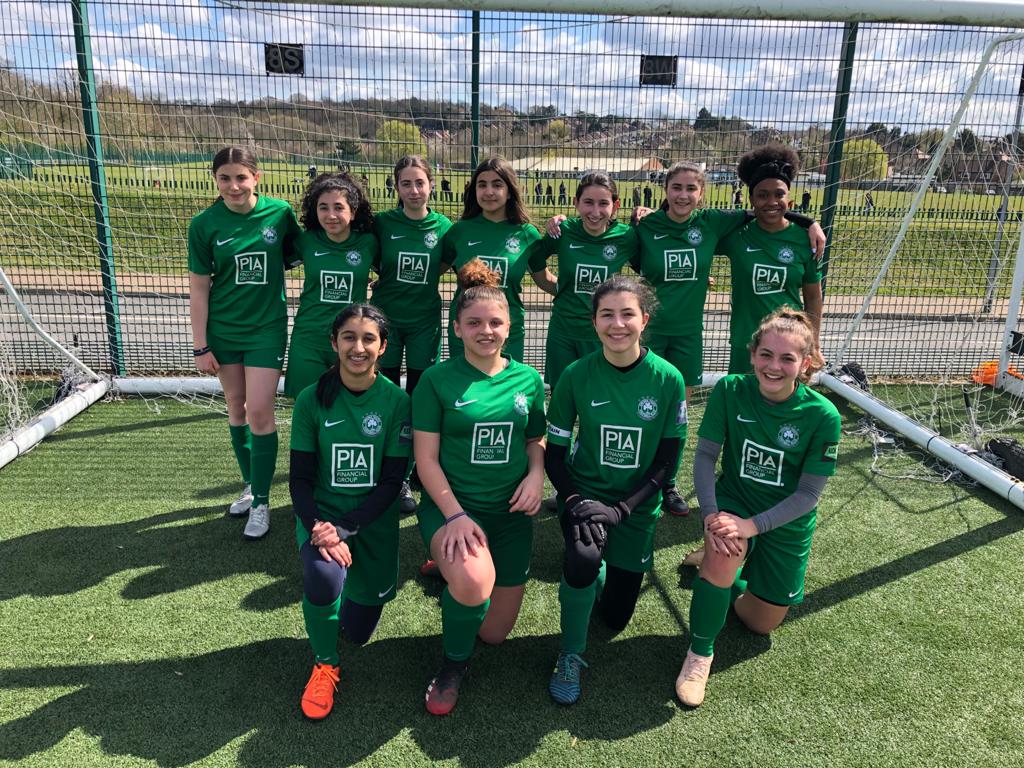 George Pantelides Under 16 Girls returned to league action in a feisty game with both teams fully committed. There were some great performances from many of the girls, with Nicole and Emilia making great saves, tackles and shots to keep the game in their favour. The team were disappointed to have picked up a couple of unfortunate injuries. Player of the Match went to Emilia for a goal, an assist and some mazy dribbles too. Coach George said: “It’s great to be back and hopefully our injured players will not be out for too long and we wish them all well.”

Robert Protei and George Constantinou’s Under 13 Gold had to contend with may injuries and with only one substitute, a double header was always going to prove difficult. The boys drew the first match 3-3 but narrowly lost the second 1-0. All in all, the boys played and enjoyed it.

Vas Demetri’s U12 Green began with a very well respected and poignant minute’s silence to remember one of their parents who sadly passed away. The boys lost the first match 3-0 before bouncing back to win the second 2-1. Goals were scored by Luca and Jake with Christian named Man of the Match. 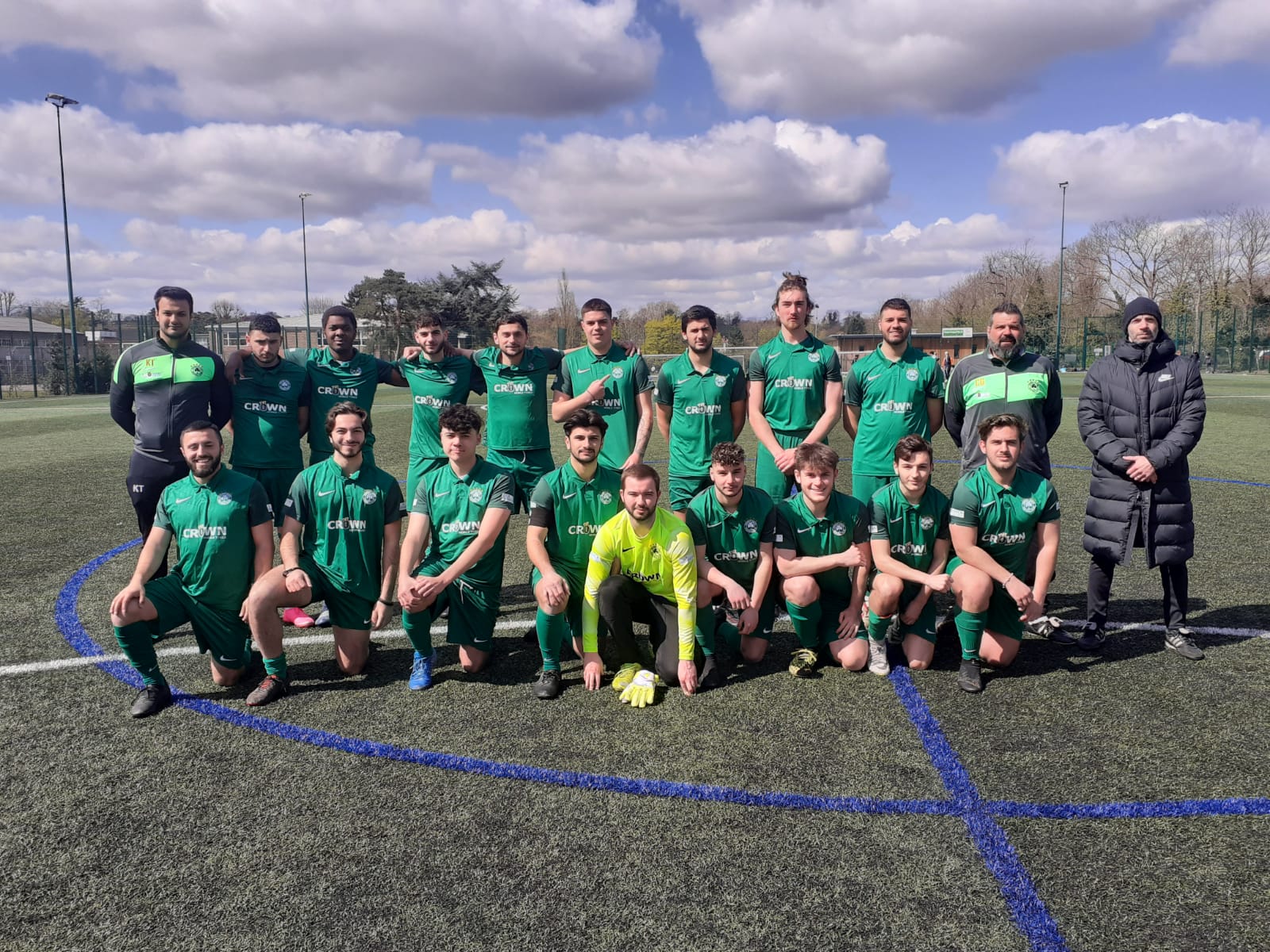 Finally, the Men’s team, which is sponsored by Crown Mobile Tyres, Athletic Development Club, The Master Locksmith, CJAZ Consulting and RAMEK asset management had another tough week during what is proving to be a steep learning curve playing in adult football for the first time. Even so, there were many positives to come from their KOPA League match against Panathinaikos. It was a slow start and mistakes were duly punished as the Men’s team found themselves 3-0 down before getting themselves back into the match before eventually losing out 5-3. Goals were scored by debutant and Man of the Match Andreas Kyprianou, Nick Gregoriou and Demitris Christodoulou.