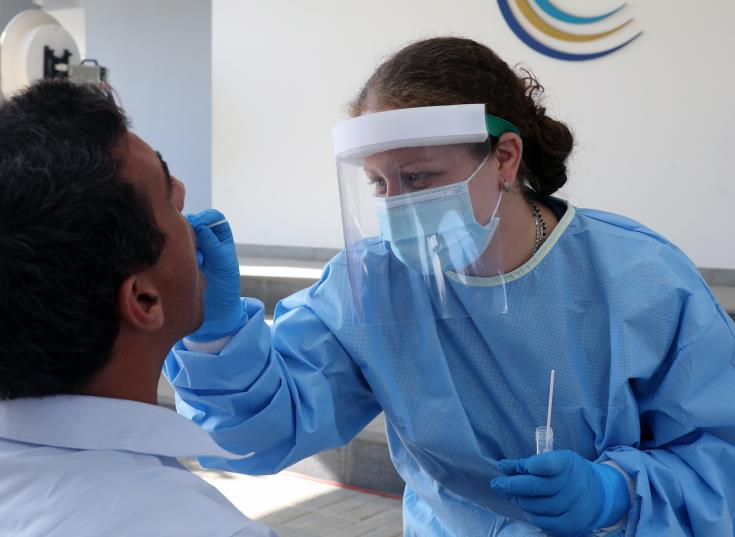 new package of emergency measures to stop the spread of the coronavirus, which will be implemented island wide, as well as additional measures for the districts of Limassol and Paphos, were announced on Wednesday by Minister of Health, Constantinos Ioannou.

The Minister said that in addition to the measures announced on the 4th of November, more measures are to be implemented all over Cyprus between 12 – 30 of November. These include inter alia suspension of the operation of playgrounds, theme parks and luna parks, while conferences, trade and art exhibitions, and events are prohibited. Visits to care homes are prohibited and food and beverages retail shops (supermarkets, mini-markets, butchers, etc.) and pharmacies will serve only people over 65 years old and people with disabilities from opening until 10 a.m.

The Minister said that in addition to the above island-wide measures, and having evaluated the epidemiological data that emerged during the period from October 25 to November 7 in the districts of  Limassol and Paphos, it was decided to implement additional local measures.

The new measures for Limassol and Paphos, that will come into effect on the 12 of November until 30 of November include among others, the following: The movement of persons to and from the districts of Limassol and Paphos is prohibited, as well as between the two districts, with the exception of the movement of employees in essential services, movement for a medical reasons  (upon presentation of a medical certificate), movement for the transfer of persons to and from the airports and the port of Limassol.

Gatherings in public places (parks, squares, dams, picnic areas, beaches, sidewalks and marinas, etc.) are prohibited, except for sports purposes, provided that they do not exceed two people, excluding the minor children of parents who do sports.

Public and private lyceums and Higher Education Institutions must proceed with distance education as from November 16. Kindergartens, primary schools and gymnasiums continue to operate normally.

The public services (public, wider public sector and Local Government Authorities) will operate with security personnel for urgent matters and serving the citizens for emergencies.

Visits to public and private hospitals, clinics, medical and diagnostic centers are prohibited.

Restaurants, taverns, cafes, pizzerias, pubs, breweries, snack bars, bars, cafes, and restaurants within canteens etc are to suspend their operation, with the exception of services concerning home delivery and take-away.

Beauty salons, hairdressers and barbershops as well as gyms must suspend their operations.