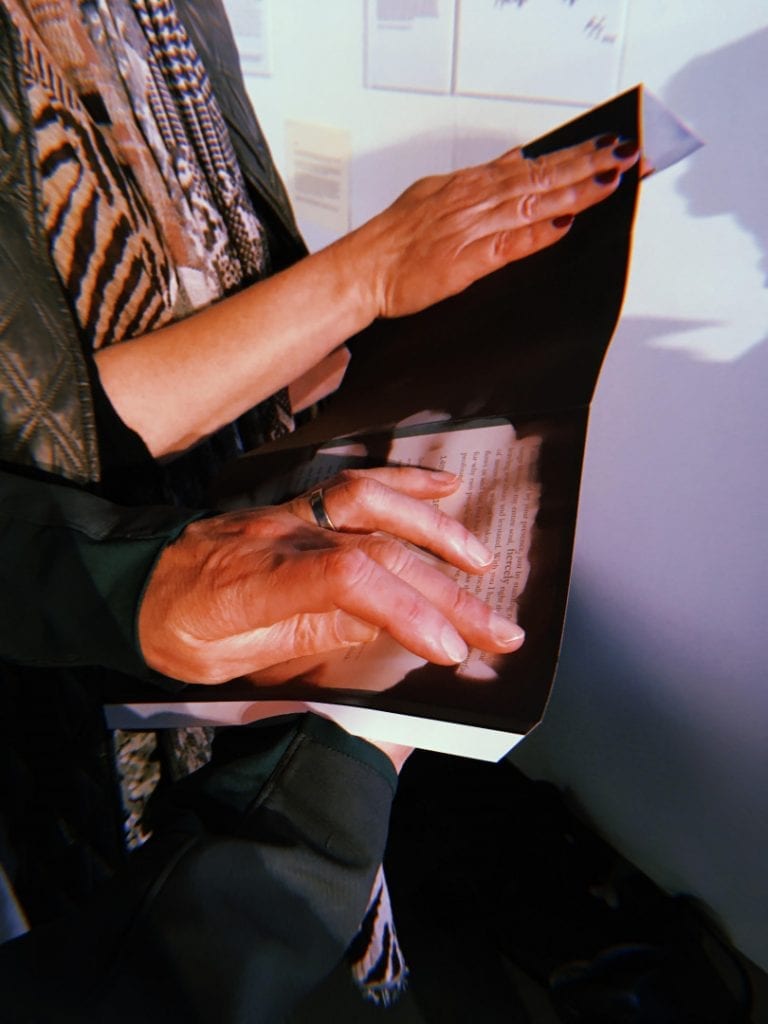 To You​ is a paper-based heat and touch-sensitive book about love, loss and grief conceived, written and designed by multimedia artist and human scientist Dr Yiota Demetriou.

The book presents an intimate reading experience, as its pages, that are full of poetic love letters written in prose, are covered in black ink, which at first glance makes them seem unreadable, until they are warmed by human touch.

It has been described as an objection of devotion and a metaphor for relationships -expressing, manifesting and almost materialising the insecurity and vulnerabilities that come with love, loss, and grief. The intimate letters hiding inside the book only reveal themselves when the reader establishes an affectionate connection by touching its black-inked pages.

The ideas behind the book

In the beginning came the letters, the author’s own vessel of consolation – that weren’t intended for the world to see. Cypriot Bristol-based Demetriou says, “I wrote these having someone significant in mind, but never sent them. I began writing in 2015 and 2016, through a period of depression, grief and loss. I soon came to realise that the letters were more about understanding relationships and loss, and accepting the vulnerability of my own emotions; which I also described in the book as “Apogymnomeno/(a)”. This is a Greek word (my first language is Greek) that expresses what the book conveys, meaning: ‘vulnerable emotions or experiences that are startling, raw, humiliating, naked, intimate, overtly exposed and almost unsettling in their own familiarity’.”

After editing the content until it was more suitable for a wider audience, the author and artist, began to think about how people could read it. She says, “I had a restless urge and vision for body and text to merge, and for these elements to speak to each other. I wanted the book to almost take a live form and somehow react as humans often respond, only revealing its secrets and heartfelt thoughts when an intimate connection is established with another body that is also able to feel”.

The science behind the book

The book is covered in black thermochromic ink that activates when conditioned through thermal conduction – the transfer of heat from one body to another creates a reaction. This ink is a liquid crystal technology. At specific temperatures the liquid crystals re-orientate to produce an apparent change in colour. That’s what happens when people touch the book—the black pages become translucent and the love letters are readable. The scientific mechanics behind how the ink works are almost a metaphor for human connection.

The book was screen printed, although Demetiou made the first copy by hand. She said: “​I made my own paper from different recycled materials I had at home using diverse cellulose fibres to experiment with the absorbency of paper”.

Yiota Demetriou is a multimedia artist, author, a human scientist, and scholar of audience behaviours and embodied cognition, who works with peoples’ lived and felt experiences. She is interested in the intersection between science, technology, art, and emotional expression.

Yiota has designed, produced and consulted on new engaging ways for audiences to interact with stories, through multisensory, and multimodal experiences across academic projects and tech start-ups in the innovation industry. Past works include the design and the making of an interactive dress using wearable soft technologies, that tells stories in response to tactile engagement with audiences. This was part of the wider project called ​Love Letters,​ through which a crowd-sourced collection of 350 audience letters was generated, whilst touring the project international over 7 years.

Demetriou is the co-founder of ​CyArt Hub​, an online resource for creatives, and the Founder/Creative Director of ​Performance and LIve Art Platform​ Cyprus. A European annual radical and experimental arts festival for emerging artists that ran from 2012-2015, which experts in the field have described as the first of its kind in Greece and Cyprus. 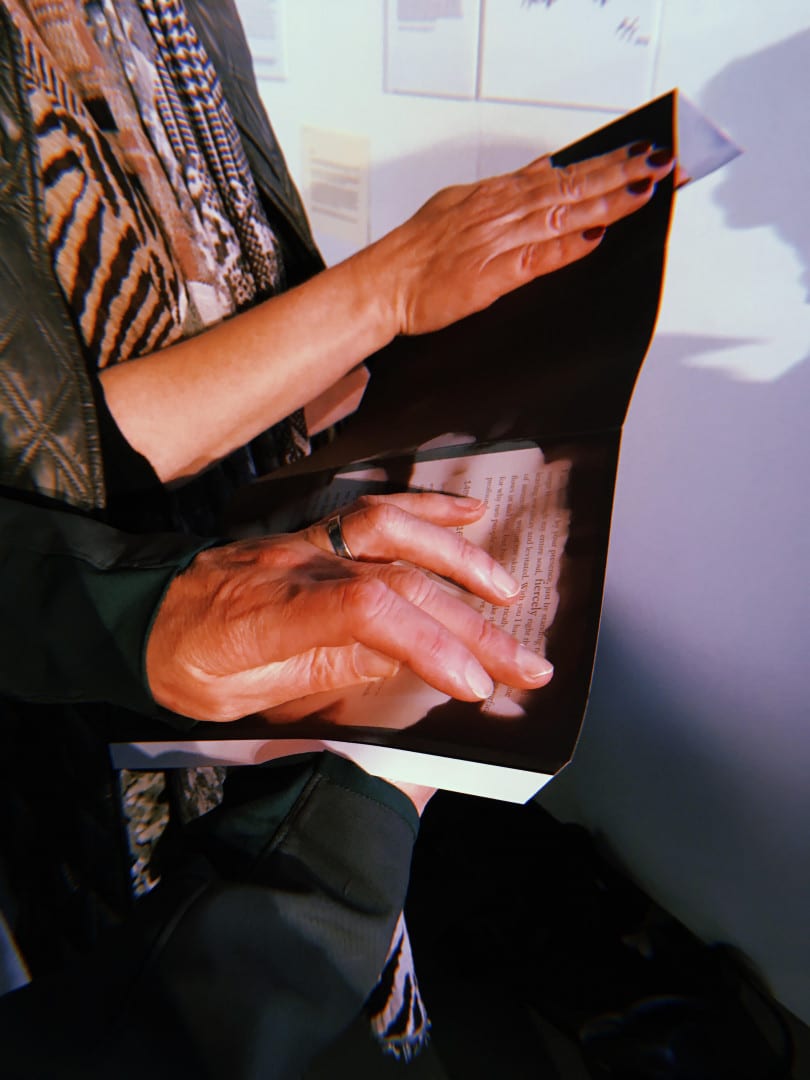 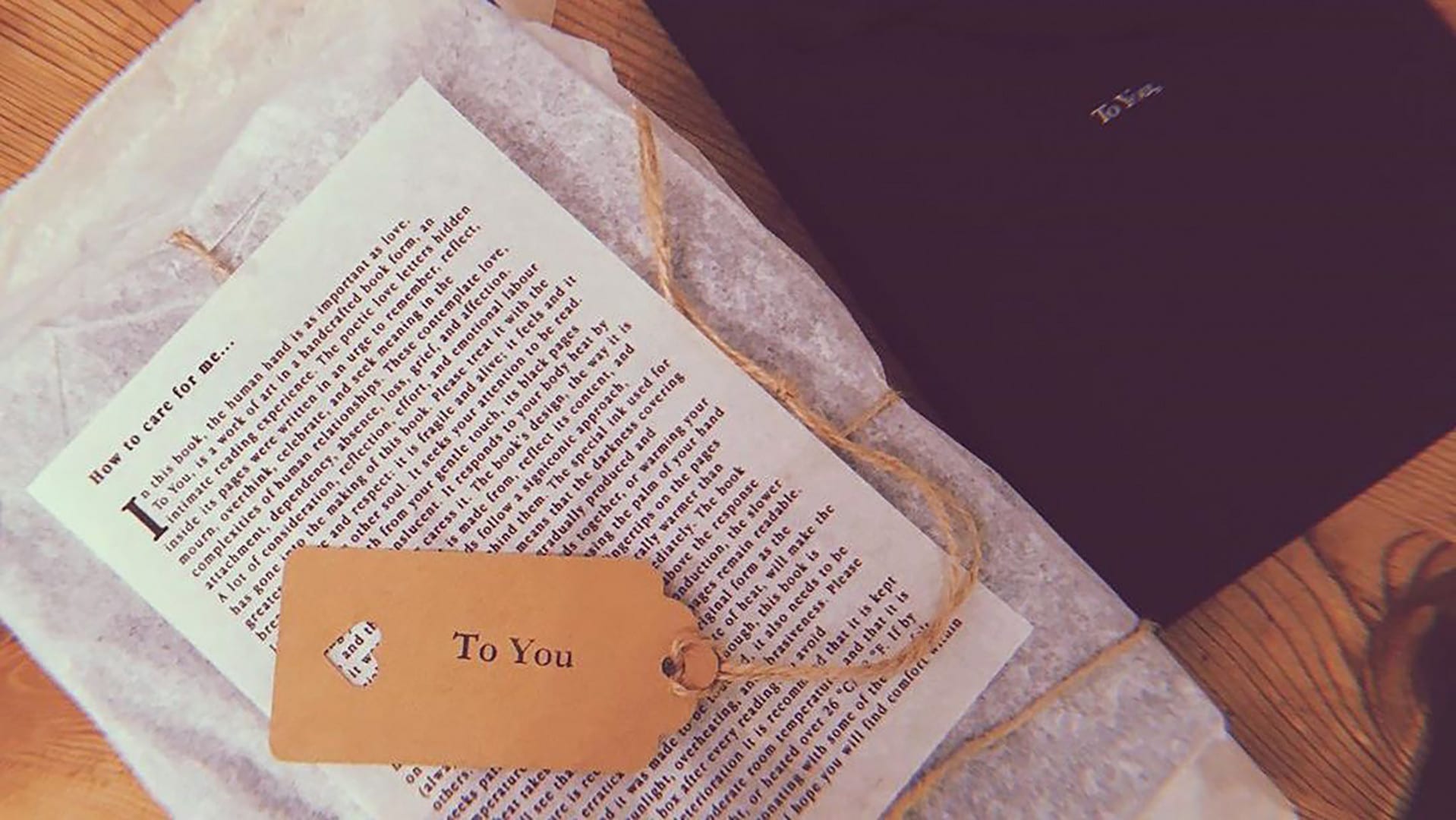