Share of youth not in employment, education or training in Cyprus

AKEL C.C. Spokesperson Stefanos Stefanou on the share of youth not in employment, education or training The marginalization of young people is not a coincidence but the result of the Anastasiades-DISY government’s neo-liberal policy AKEL C.C. Press Office, 28 June 2019, Nicosia

Once again, statistics released by the European Statistical Service testify to the reality that thousands of families are experiencing in Cyprus. More than one in six young people aged 20-35 are completely inactive as they are neither in employment, nor in education and training It is an extremely disturbing fact that young people are left out of social reproduction and functioning.

A society with inactive and marginalized youth is a society without a future. The marginalization of the young generation is not a coincidence.

It is in fact the result of the neo-liberal socio-economic policy implemented by the Anastasiades-DISY government. The figures released by the Central Bank are indeed revealing about this policy’s character. While the economy in 2018 has registered growth of 3.9% in the private sector, wages have once again recorded a decline of -0.3%.

Furthermore, the cumulative reduction in wages during the period 2013-2016 has risen to 11%, profits are increasing, but they are going into the pockets of fewer and fewer people. It is being proved that when the Anastasiades-DISY government talks about growth, it actually means growth that serves the privileged few.

For a large section of society, growth, for which the government is so triumphant about, means either crumbs for the people, or even a deterioration in their position.

The main victim of the government’s neoliberal policies is the young generation and the vulnerable groups of society. For them, neither growth, nor prospects exist. 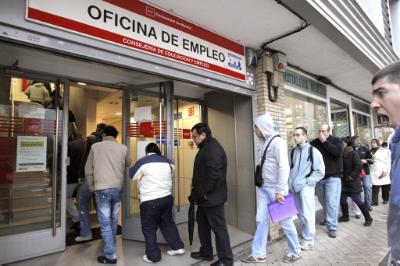