Norwegians have been holding mass rallies across the country to remember the victims of Friday’s twin attacks by Anders Behring Breivik.

Crown Prince Haakon told more than 100,000 people in Oslo that “tonight the streets are filled with love”.

Police have reduced the death toll of the massacre at an island youth camp and bombing in Oslo from 93 to 76.

Scores of thousands of Norwegians poured on to the streets of the capital in the early evening, many of them raising up flowers in memory of the eight people killed in the Oslo blast and 68 now known to have died on the island of Utoeya.

Prime Minister Jens Stoltenberg addressed them, saying: “By taking part, you are saying a resounding ‘yes’ to democracy.”

As the crowds gathered for the rally outside the town hall in Oslo, the mood was less one of demanding retribution than sending out a message of defiance.

A sea of people stretching back as far as the eye could see held roses aloft as they listened to speeches calling for Norway not to let the attacks change its way of life.

This nation may be in mourning but its people are determined to respond to the violence of Anders Behring Breivik with peace and unity.

He said this was a “march for democracy, a march for tolerance, a march for unity”, adding: “Evil can kill a person but never conquer a people.”

The streets of central Oslo were closed to accommodate the masses.

Crown Prince Haakon said: “Those who were in the government district and on Utoeya were targets for terror. But it has affected us all.”

A short commemorative concert was held, after which the crowd sang the anti-Nazi hymn “For Youth”.

One of those attending the rally, Jonas Waerstad, told Reuters: “We are a small society and I think that makes everyone feel affected, whether directly involved or not.”

Shortly afterwards, Mr Breivik made his first appearance in court to face terrorism charges – of destabilising vital functions of society, including government, and causing serious fear in the population. 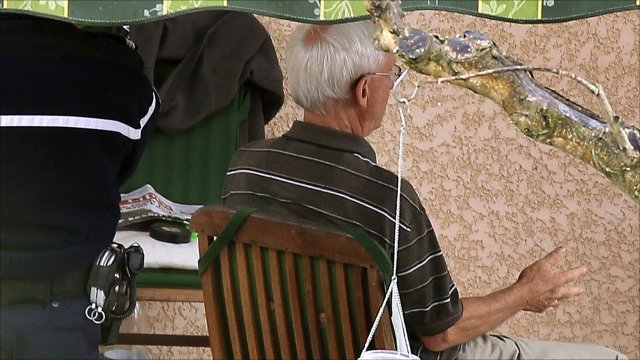 Anders Breivik’s father, Jens, told Norway’s TV2: ”What he ought to have done… was to have killed himself”

He had wanted to wear a uniform – a request the judge denied – and to read a speech to try to justify his actions.

Judge Kim Heger ruled that the hearing should be held behind closed doors on the grounds Mr Breivik might have used it to send signals to accomplices.

Prosecutor Christian Hatlo said Mr Breivik now claimed he had worked in a cell, or group, and that there were two other cells working with him.

Although police sources say other groups are unlikely, Mr Hatlo said he “cannot completely, and I stress completely, rule out that others were involved in what happened”.

Mr Breivik’s lawyer, Geir Lippestad, told NRK television his client had expected to be shot dead by angry Norwegians on his way to court. 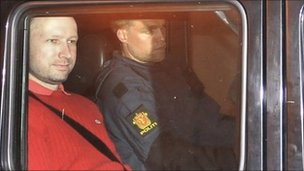 “He has a completely different perception of reality than us other Norwegians, for instance he thinks that torture exists in prisons in Norway,” Mr Lippestad said.

Mr Breivik was remanded in custody for eight weeks, the first four in full isolation.

He cannot receive letters or have visitors except for his lawyer.

Mr Hatlo said the accused was very calm at the hearing, appeared “unaffected” by the events, and was willing to explain his motives. He said Mr Breivik was allowed to do this to a certain extent by the judge, but when he started reading from his manifesto he was stopped.

The judge said Mr Breivik had argued that he was acting to save Norway and Europe from “Marxist and Muslim colonisation”.

The gunman had said his operation was not aimed at killing as many people as possible but that he wanted to create the greatest loss possible to Norway’s governing Labour Party, which he accused of failing the country on immigration.

The bomb in Oslo targeted buildings connected to the Labour Party government, and the youth camp on Utoeya island was also run by the party.

In addition to those killed, at least 96 people were injured in the attacks. 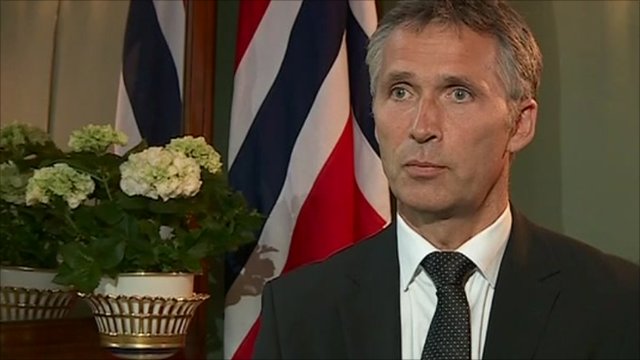 Mr Hatlo also said that Mr Breivik expected to spend the rest of his life behind bars.

Norway’s maximum prison sentence is 21 years, although those who continue to pose a danger to society can be detained longer.

Police on Monday revised down the number killed on Utoeya from 86 to 68, citing difficulties in gathering information in the wake of the shootings.

But they increased the death toll in Oslo by one and said there was still no exact picture of how many died there. 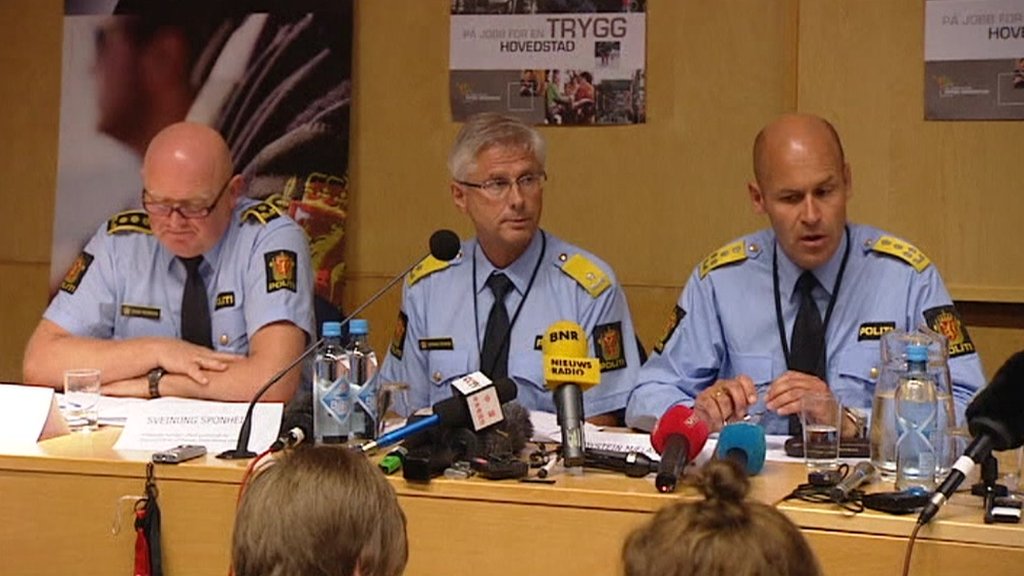 Meanwhile, Norway’s secret service said authorities were alerted to Mr Breivik’s name in March when he bought an undisclosed product from a Polish chemical firm.

But its head, Janne Kristiansen, said there had not been enough evidence to investigate further.

Separately, Mr Stoltenberg, in his first interview with a British broadcaster, told the BBC’s Jon Sopel that the attacks would change his country but that it would “still be open and democratic”.

Mr Stoltenberg said he knew many of those who had died and now was the time to look after the wounded and the families that had lost loved ones.

He said he believed no country could ever fully protect itself from attacks such as these.