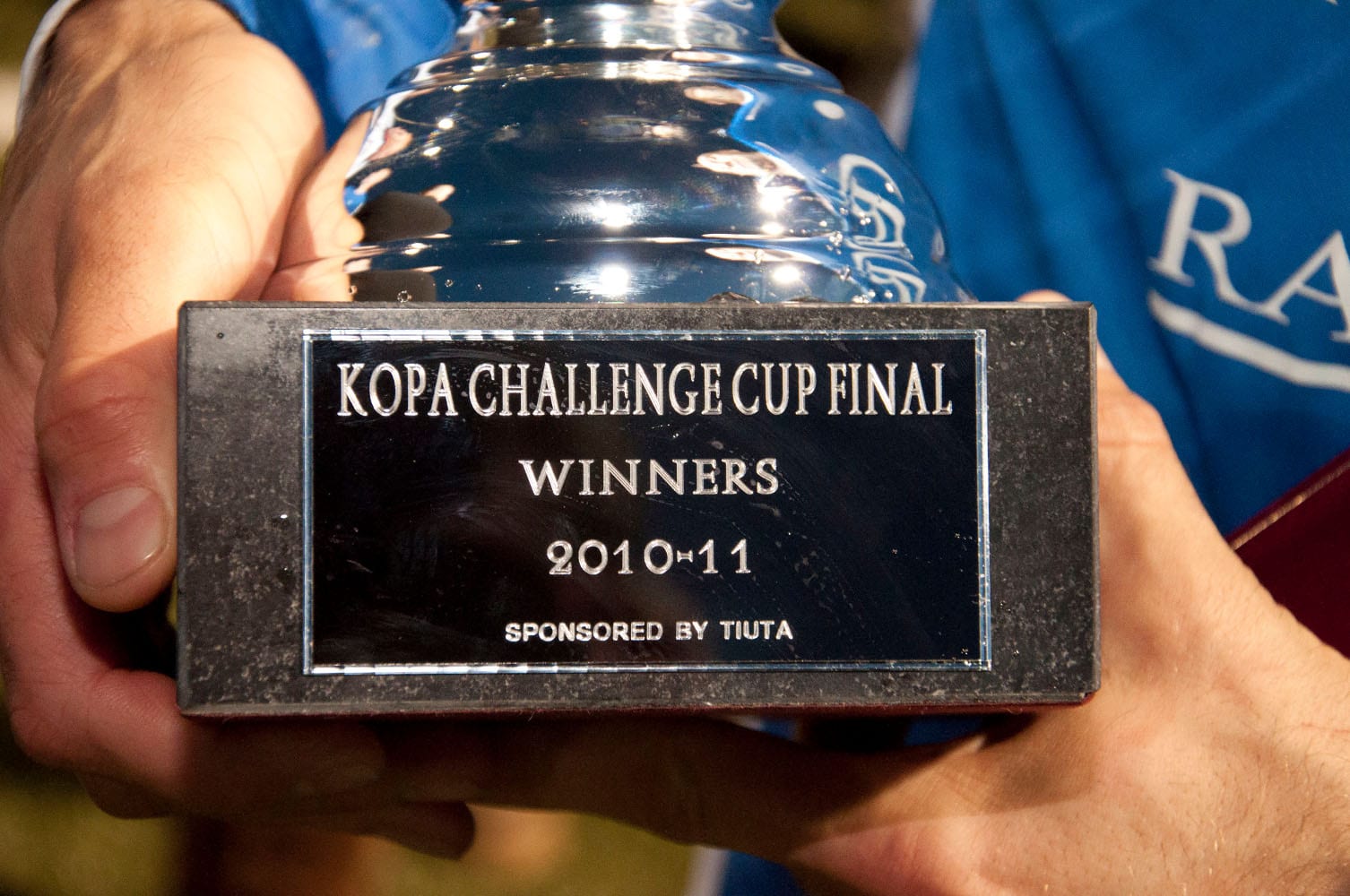 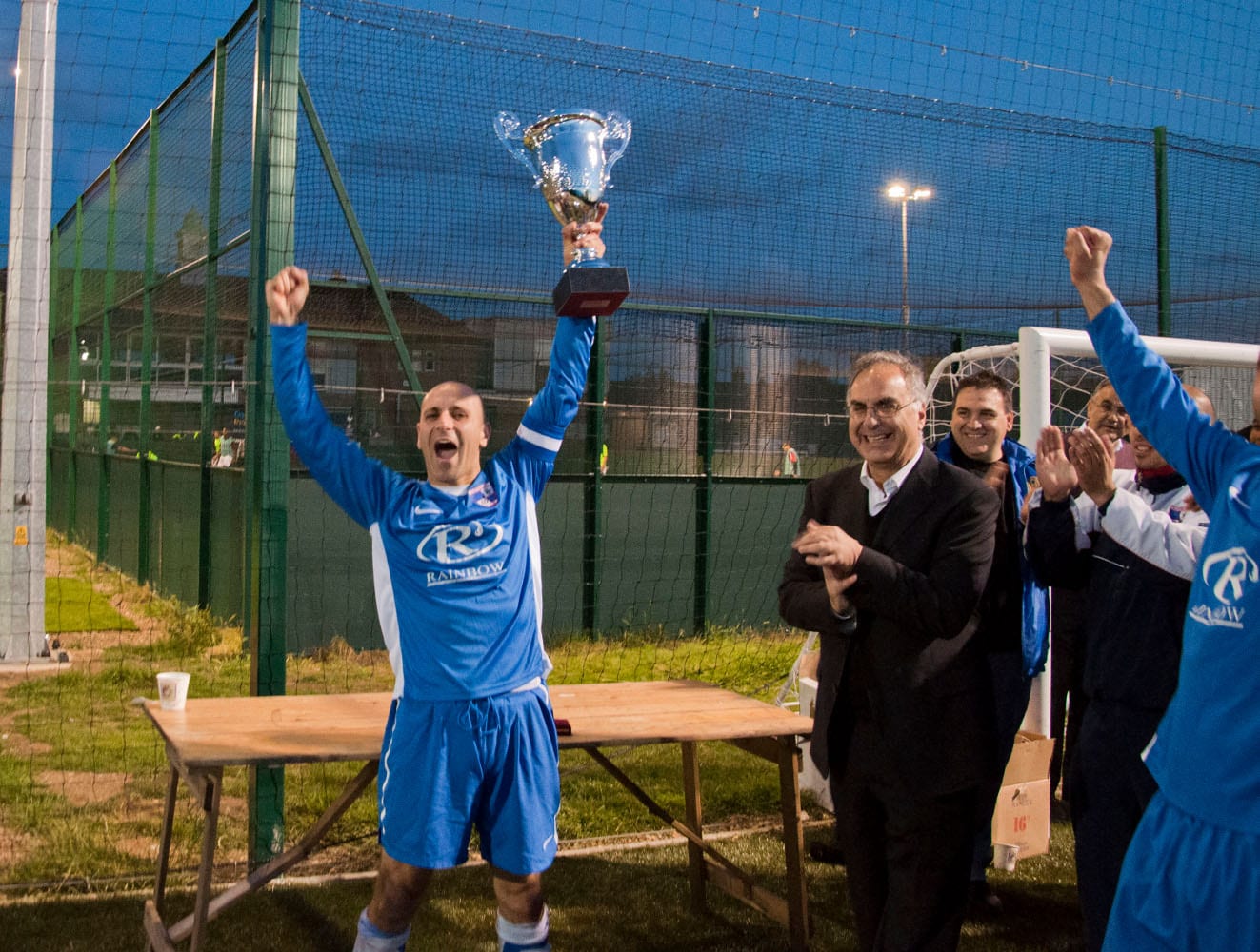 What a great game this final game of the season, The TIUTA KOPA Challenge Cup Final between Panthea and Cetinkaya Cinar  at Wadham Lodge. Hundreds of spectators turned up for the climax of the season.. Cinar came into this Cup Final as major under dogs with 5 first team players missing including goal keeper Remzi. Halil Akil against all odds produced a marvellous display between the sticks, but also had to thank his makeshift defence who reduced Panthea to long distance shots. The game was fiercely competitive as both teams fought for superiority of the midfield. Murat had a tussle in the 15th minute with Lawrence Constanti and broke through  with a good run and passed to Marcus a good chance was lost by Cinar. In the 35th minute a last ditch tackle by Cetinkaya Cinar stopped Panthea getting through. In the second half Pantheas Kyri had two good chances one inthe 55th minute which Halil pulled off a great save and in the 6th minute when Kyri just narrowly over.
The game came alive in the final minutes with Murat going one on one with the Panthea keeper only to square the ball to Marcus who mishit wide. Cinar paid for that miss as Panthea scored what was to be the winner 3 minutes from time as a shot from Lawrence Constanti on the edge of the box somehow found its way through a bunch of Cinar defenders.
Cinar pressed forward and did come close from a Lee White shot, but it wasn’t to be.

Congratulations to both teams for a great game. The cup was presented  to the Captain of Panthea Andreas Achilleous on behalf of TIUTA PLC by  the General Secretary of KOPA Michael Yiakoumi then champagne and celebrations started.