The Richest Cypriot in the UK

Sunday Times Rich list 2011 is out today, the rich list compiled by Philip Beresford shows several Cypriots and Greeks in the wealthiest of the UK.

The richest Cypriot in the List is Alki David (pictured above) valued at £1,300 million our  only Billionaire , he was born In Nigeria his parents from Cyprus and lives here in the UK. David offered $1m to anyone who was foolhardy enough to streak in front of President Obama last year. He was taken up on his challenge by a Philadelphia man. There was some dispute over whether the President had seen him but David apparently settled for a $100,000 payout.  David, who has appeared as heavies and the like in films or TV series in Britain,  runs FilmOn, a patented live-streaming Internet business, allowing access to live HDTV streaming via PCs, televisions and cell phones. London-based FilmOn listed on the Frankfurt stock exchange in February 2009 valued at £587m. David had a controlling 80% stake. David is a member of the prominent Cypriot Leventis family. His late father, Andrew A David,  was the managing director of the Leventis-David group, a family business which owns bottling plants for Coca-Cola in 28 countries. Second Richest is Easy Jet founderSir Stelios Haji –Ioannou (Photo below) at number 106 with a value of £680 million. 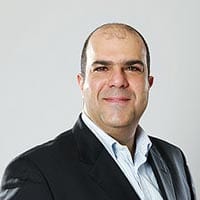 Third richest Cypriot is property Entrpreneur Chris Lazaris with a fortune of £645 million. Coming in at 127 spot is Michael Lemos from the well known Greek shipping family who is worth £605 million. In position 200 we have London Cypriot Andreas Panayiotou whose parents come from Klonari,Limassol and Kalo Chorio in Larnaca. He is valued at £400 million. He opened  hotel opened a new hotel at West London’s Syon Park. The £60m development on the Duke of Northumberland’s London acreage has been built by Andreas Panayiotou’s Ability Group. Operating under Hilton’s Waldorf Astoria name, it takes Ability’s hotel portfolio to seven worth £330m.. He plans to develop a number of other Hilton brands in the UK and Europe, with the intention of amassing a portfolio of over 40 hotel properties by 2012. The total value of Panayiotou’s assets must be near £1 billion. Ability Developments itself saw its profits soar to £20.2m on £135.2m sales in 2009. 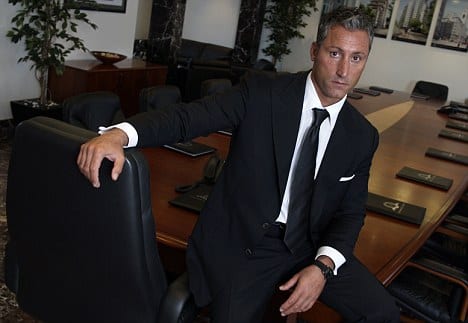 Sir John Zochonis and Anthony Green also from the Greek Zochonis Family who produce branded soaps are  placed 252 and 257 and are  valued at £305 and £300 million respectively.

London Cypriot Dionysius Liveras comes in at spot 325 with a value of £215 million .Dionysius the son  businessman Andreas Liveras was murdered by the terrorists attacking Mumbai in November 2008. Liveras came from his native Cyprus in 1963 ,and started work as a salesman and bakery deliveryman for a patisserie in London. Within five years he had bought the company. It was sold to GrandMet in 1985 for £10m. The Liveras family, led by his son Dionysios, went back into the Quality gateaux market in 1992 with the launch of Laurens Patisseries in Nottinghamshire. The business was taken over for £130m in 2006. The family had also built a successful yacht charter business called Liveras Yachts.

At 376 we have Greek Theo Karpathios worth £181 million.  Supergroup, the Cheltenham-based fashion retailer behind the Superdry brand — worn by David Beckham and film star Zac Efron — floated on the stock market in March 2010 and the shares have soared, now valuing the Cheltenham-based operation at £1.3 billion. Theo Karpathios,  the group’s wholesale and international head, used to run the four-store High Jinks fashion  chain.

Dragon’s Den star  Theo Paphitis was born in Limassol, in Cyprus, in 1959 and came here aged six with his parents. He went to the local comprehensive in North London, where they failed to detect his dyslexia but did let him run the school tuck shop. His first job, when he left at 16, was helping make the tea at a Lloyd’s insurer. He revived stricken brands such as Ryman, the stationer and the Contessa lingerie chain as well as La Senza. The latter was sold in 2004 netting Paphitis around £100m for his stake. He still owns a majority stake in  the Ryman stationery chain and controls Partners The Stationers. Ryman made £4.6m profit on £123.4m sales in 2009-10. With £36.4m net assets and a solid balance sheet it is worth £70m. He also has commercial properties all round the UK. Is worth £170m and is placed at 410. 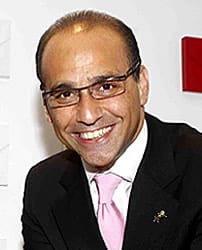 Stef and Stelio Stefanou born in Egypt parents from Ktima and Peyia in Cyprus , came to England and studied and remained here and built up the John Doyle construction firm and Accord maintenance which was sold for £180 million in year 2007 they are at spot 504 valued at £140 million.

We also have young 31 year old Andrew Michael internet entrepreneur who runs Livedrive which allows storage of files and documents . He made his first fortune with Fasthosts internet provider. He is at position 537 worth £130 million.

At the same spot and same worth we have Greeks Trifon Natsis and Chris Rokos Who set up the Brevan Howard hedge Fund with two other traders . It is one of Europe’s top operations managing funds worth about £22 billion.

At Spot 782 we have another two Cypriots both George Michael and Paris Natar both at values of £90 million . Pop star George Michael had a difficult 2010 with a four week spell in prison for driving under the influence of drugs. Yet it started so well with three sell-out gigs in Australia.  The son of a Greek Cypriot businessman, Michael rose to prominence as a member of Wham from 1982 to 1986. Our rock expert keeps Michael at £90m on the back of his enduring appeal for tours, his previous relentless touring and his back catalogue. 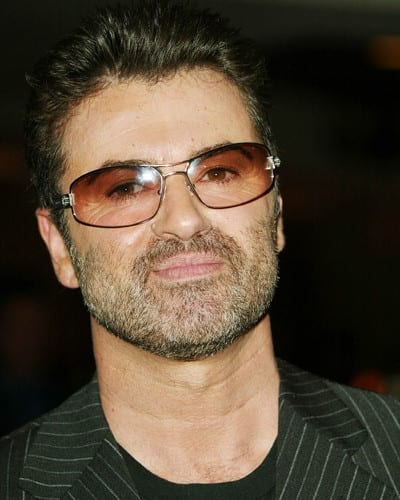 Paris Natar  The Gardman garden products business goes from strength to strength. The Lincolnshire-based operation is one of the largest European suppliers of garden products and also has operating subsidiaries in the USA and Australia. It also exports to more than 40 countries around the world. In 2009-10 it made a £9m profit on £72.4m sales which will please Natar. As founder of the group, he has finally stepped back from day-today control and become a non-executive director.

At spot 953 we Have Panicos Panayi from Kato Drys in Cyprus worth £74 million sold Manchester based Buckingham Bingo in 2005 for £90 million.

We also have John Fredriksen Shipping Billionaire said to be the World’s  biggest  tanker operator in the list . A Norwegian by birth and holds a Cypriot Citizenship since Norway tightened the Tax regime. He is the sixth richest person in the UK worth £6.2 billion.

The Greek Rich list will be out very soon that will include even more rich greeks.

3 Responses to The Richest Cypriot in the UK