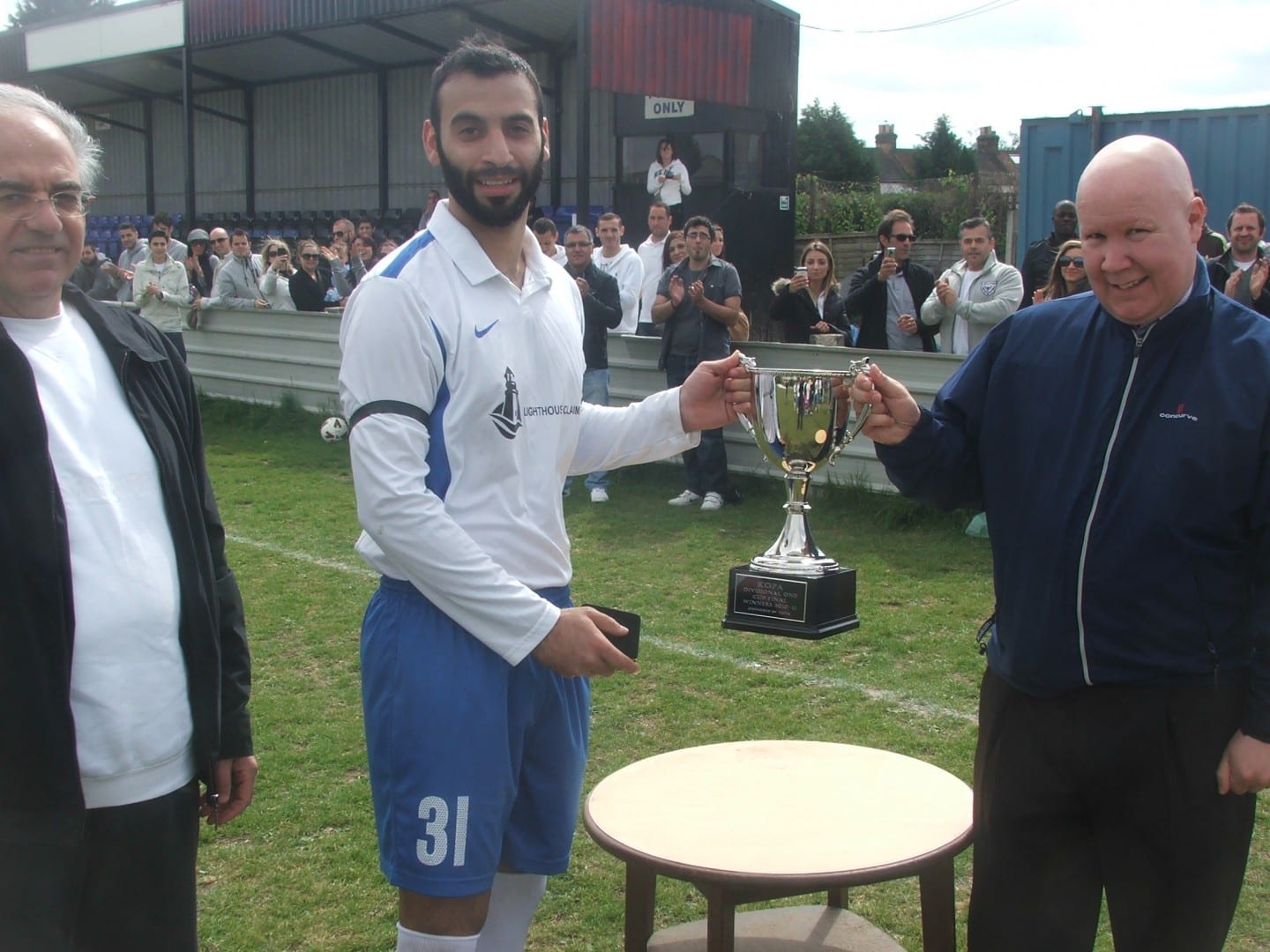 A great turn out for today’s TIUTA Cup (KOPA) Division Cup game Rizokarpasso v Tripimeni Aris this had the makings of a great cup game with both teams on form. Hundreds had come to see the Cup game at Wadham Lodge Stadium in the glowing sunshine.

The game started nervously for both clubs and it took a while for the game to get into full flow. When it did Rizokarpasso seemed to get the better of the two teams they were more direct they seem to want to win the game more than Tripimeni – Aris. Tripimeni Aris were surprisingly off key today. Rizokarpasso did not get their first goal until the 60th minute when they were awarded a penalty and Ben Andreas scored from it. Tripimeni had spells after that where they pressured Rizo but could not get past the resilient Rizo defence and on a counter attack in the 80th minute Rizokarpasso received another penalty when one of their players was brought down in the Tripimeni Aris area and Ben Andreas cooly scored his second goal from the penalty spot. It never stopped there and Rizo still attacked , Tripimeni pressured too and got chances but they weren’t able to score. When the final whistle blew all mayhem was let loose and a phenomenal celebration took place. The trophy was awarded to the Rizokarpasso captain by Mervyn Lettings representative of the Cup sponsor TIUTA PLC. A great win for Rizokarpasso this was their first Cup win and I can only see them getting stronger.