The KOPA League Champions and LFA Challenge Cup winners had their presentation dance at Pringipessa in Green Lanes, Palmers Green. The dance was attended by all the Club members, committee and players and invited Guests were  the General Secretary of  AKEL UK  Christodoulos Stylianou, The Managing Director of Parikiaki Newspaper, Bambos Charalambous and the KOPA League General Secretary Michael Yiakoumi.

A speech was given by the General Secretary of New Salamis George Michaelides who welcomed the guests and spoke about the success of New Salamis and also thanked the Cypriot Community Centre in the presence of the Centre’s General Manager Mr Stylianou for allowing them to use the Centre on a regular basis. Also to the Parikiaki Newspaper for continued support, especially  allowing us to have a Souvlaki stand at the Cyprus Wine Festival. 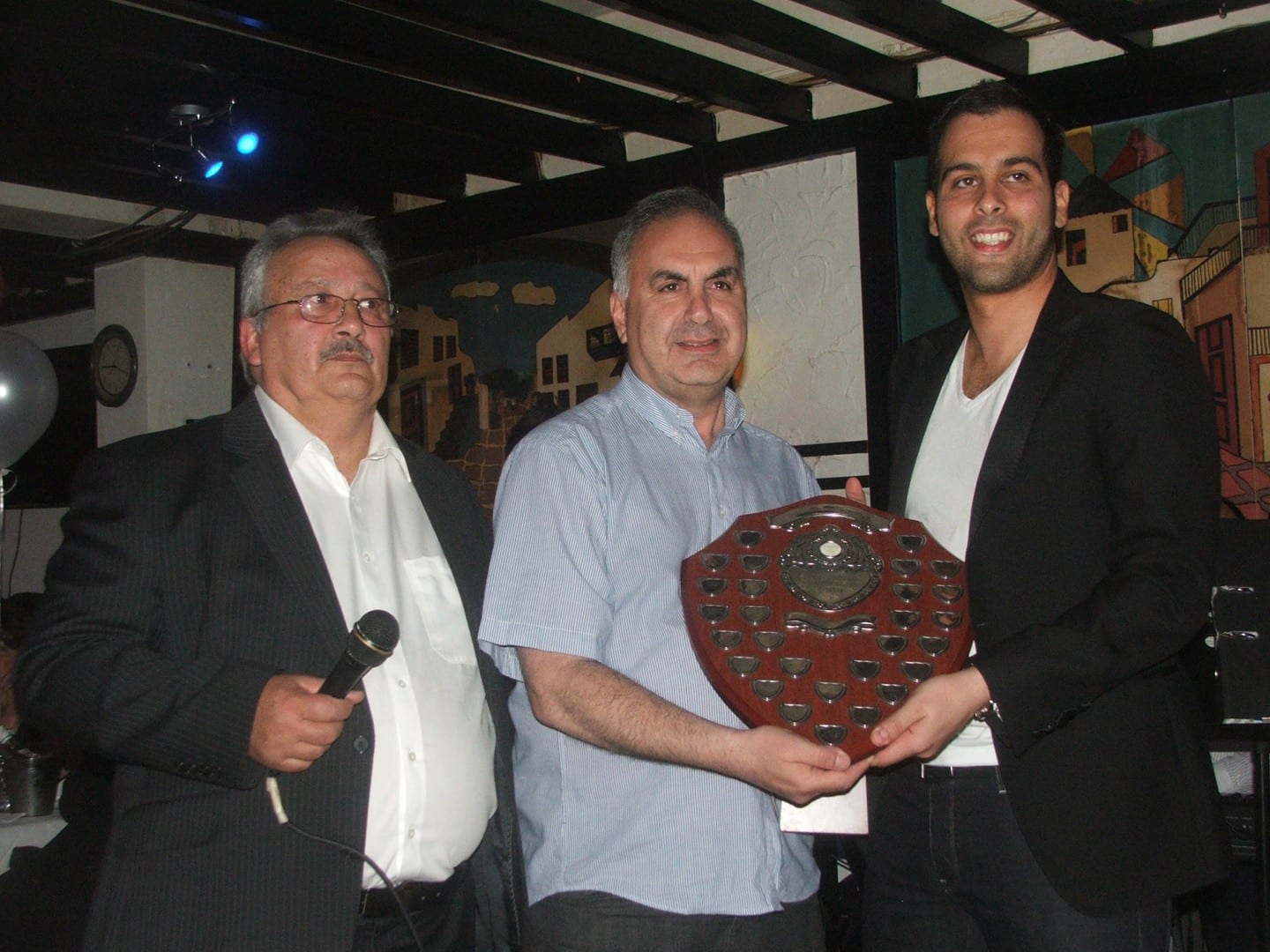 This was followed with presentation of trophies to the Players by the New Salamis Chairman Kyriacos Spyrris and Michalakis Michael the Treasurer of New Salamis who is also the Vice Chair of KOPA . Thank you awards were presented to The management Team of New Salamis George Georgiou Manager, Asst Manager David Cumberbatch and Wallace. Top scorer Jeff Hammond and the Players player of the year Nick Kitipos. This was followed by the presentation of  the KOPA league trophy sponsored by YVA Solicitors and the LFA Cup to Michael Kalli the New Salamis Captain bythe General Secretary of KOPA Michael Yiakoumi.

This was followed by the entertainment of the night with the known singer George Gerasimos,  the young talented Valentinos and the singer Violetta. The premises special Meze was served and dancing followed.