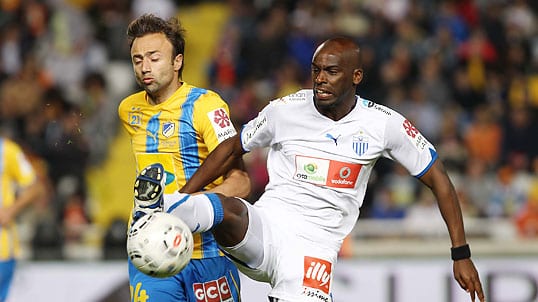 The Champions Apoel had a day of celebration and a festive day it was  of enjoying their 21st championship. Shame it was by marred a defeat against Anorthosis who scored in the 59th minute with a goal from Cafu. 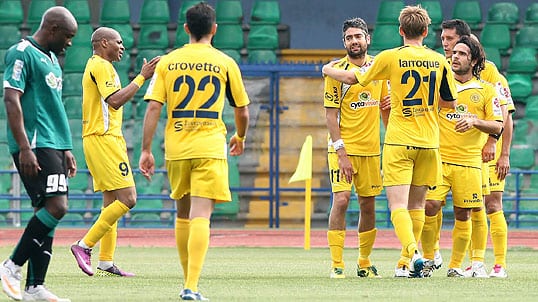 AEL defeated Olympiakos in an empty Tsireio Stadium 2-1 . Olympiakos took the lead in the 25th second with Kenmokne. AEL equalised with Silas in the 22nd minute and  the winning goal came to AEL by the way of Garpozis. 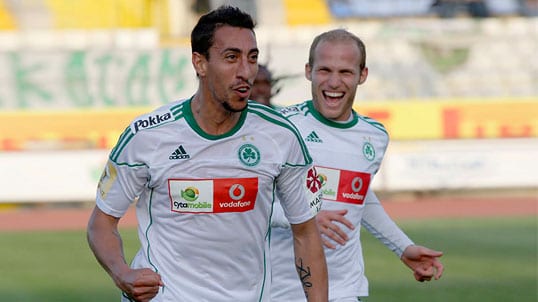 The game was pretty even  and the game only really woke up when AEK took a one nil with an own goal in the 62nd minute. Omonia equalised in the 88th minute with a goal from Leandro, the winner came in the third minute of added time scored for Omonia by Rencifo. 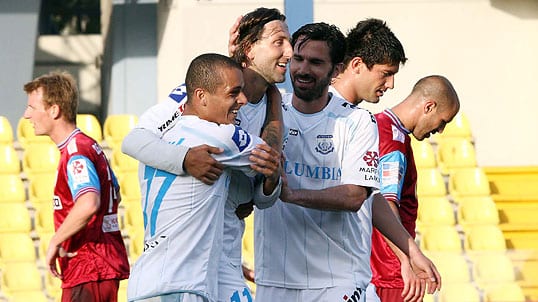 Apollon were very convincing winners over Enosis Neon Paralimniou and are building up form for their Cup semi final due very soon. Apollon’s scorers were Katsavakis, Kosofski and Mirtakovits. 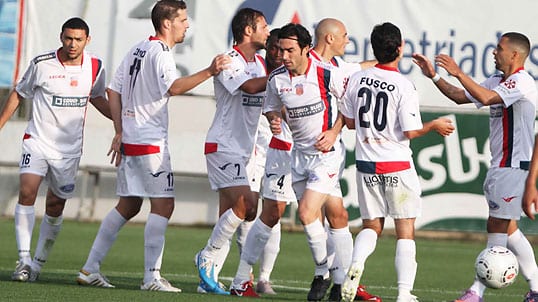 Easy win for Alki their goals coming from Bas , Megkrelasvili and Al Saif . 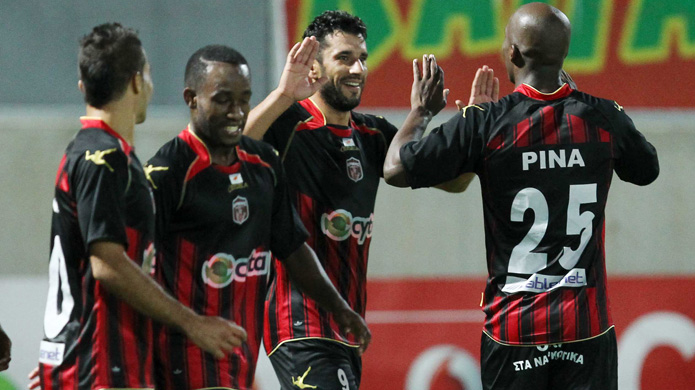 AEP’s goal came from Aspa and Ermis  from Makrantze

In the play offs teams receive three points for a win and one point for a draw. No points are awarded for a loss.