AEL come out on top in 2nd Division Cup Final 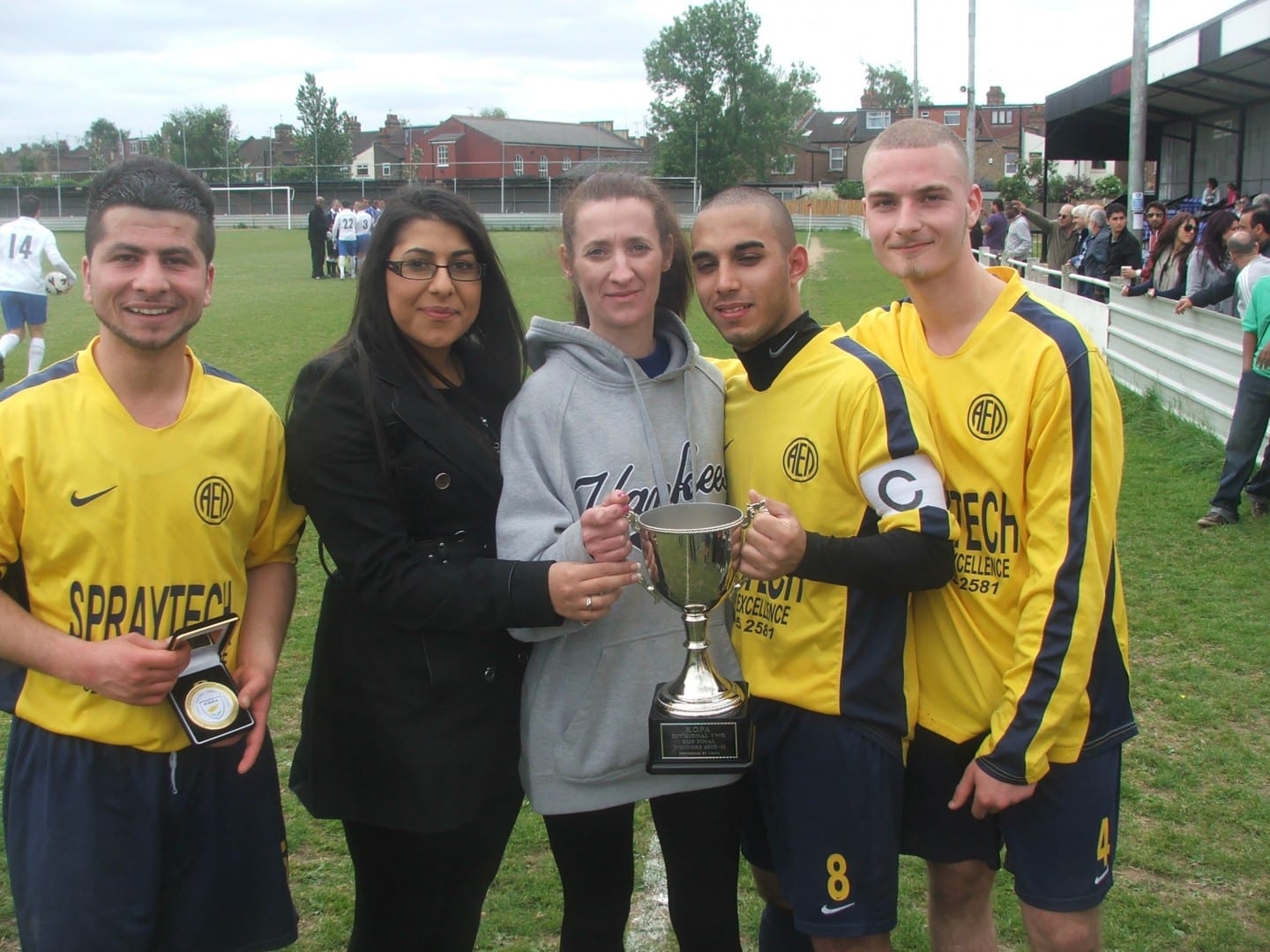 This had excitement oozing throughout the game. A big crowd, sunshine and a great atmosphere. AEL were going great guns from the beginning they had a few chances before Omonia woke up and got going. Omonia were playing nice football along the ground great passing movement, whilst AEL were more direct and bustling. Another turning point was when the Omonia keeper was sent off for handling the ball outside the area just before the half time break. This seem to motivate Omonia who became more vigorous in their play. Both teams were struggling to score so it was no surprise when the game went into extra time.

AEL quickly scored in extra time with a goal from Lambros but minutes later Omonia were down to nine men when one of their players was sent off. Although Omonia had this handicap they had two good chances in the dying minutes to equalise.

The Cup was awarded by Mervyn Lettings from of TIUTA PLC spnsors of the Cup.

A good win I noticed that the AEL manager Andy Neofitou must have been confident about winning because within seconds he opened a bottle of Champagne.