Cypriot produces the biggest Doner Kebab in the World

Olympic Kebabs in Latchingdon , Chelmsford owned by Panicos Michael from Vassillia has produced the biggest Doner Kebab in the world it weighs 1,700 kg it far outweighs the previous biggest doner that weighed 413 Kilograms. It took four days and ten people to produce it. The King size doner kebab is being donated to the Army Garrisson at Colchester.

Panicos has been producing doner kebabs for twenty years and we believe he is the biggest Cypriot producer of doner kebab in the UK, he produces 50 tons of doner a week and employs 50 people in the manufacturing plant. 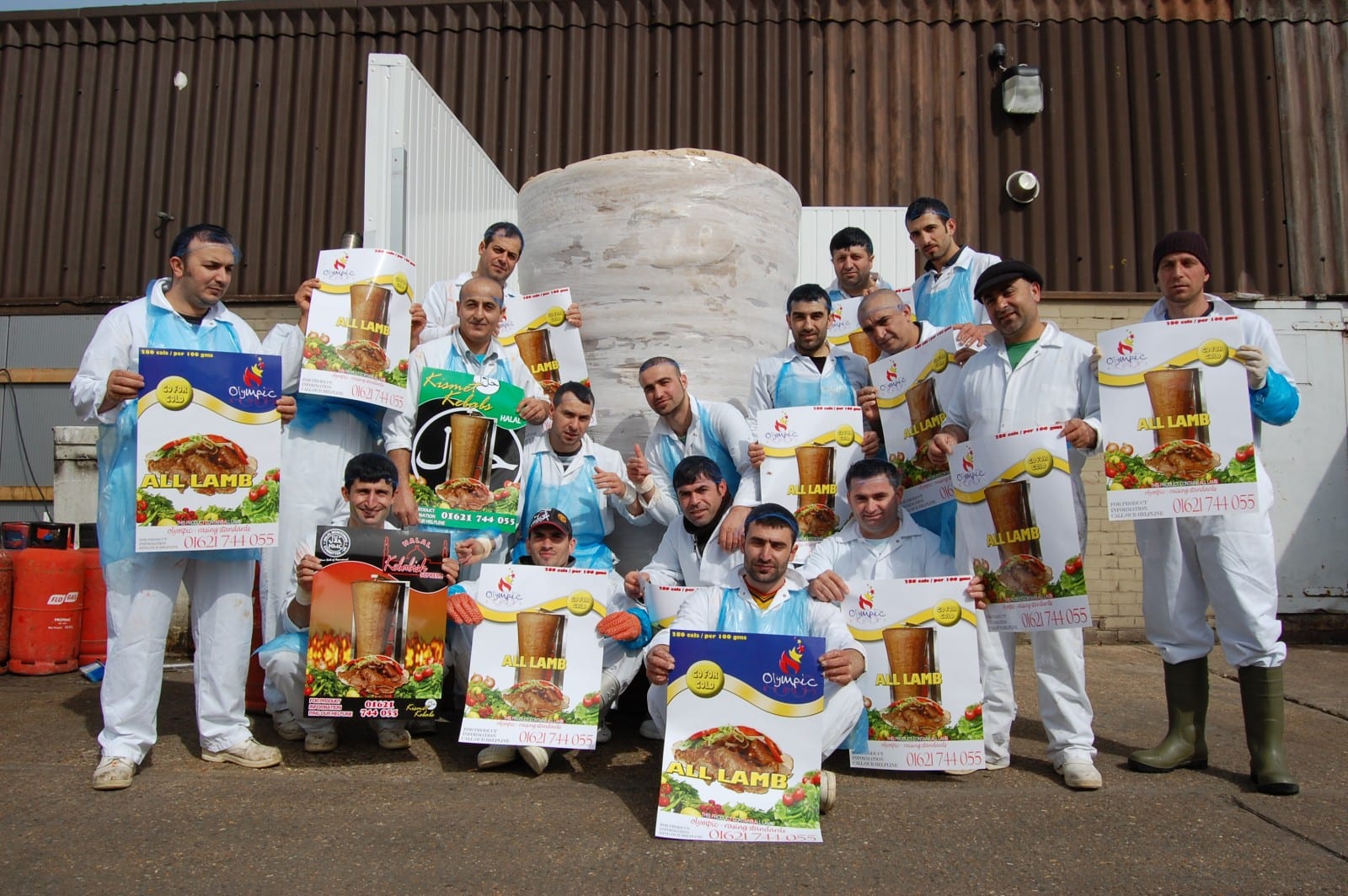