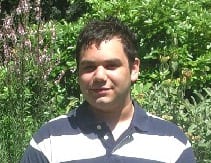 THE trial of a student from Enfield, accused of the manslaughter of a fellow tourist while on holiday in Greece four years ago, has finally started after being postponed four times.

Andrew Symeou, 22, is accused of killing Welshman Joanthan Hiles, who died after being allegedly being punched off a nightclub podium while on the Greek island of Zante in 2007.

The trial started yesterday and will continue until tomorrow, before a break in proceedings.

According to Mr Symeou’s father Frank: “Further dates given by the court are April 14 and 19, although it is predicted that the trial will continue after Easter.”

Mr Symeou has the backing of Fair Trials International, which has criticised the Greek authorities for going ahead with the trial despite a lack of evidence and accusations that the witnesses were intimidated by the police.