Evangelou Brothers all set to fight at Olympia this Saturday

Evangelou brothers geared up for Olympia this Saturday.

Unbeaten professional boxers Chris “The Flash” and Andreas “The Ace”

Evangelou will return to the ring and appear on the undercard of the European Title Fight featuring Darren Barker in the prestigious London Olympia this Saturday 30th April. Following successful results in their last bouts at Wembley Arena the boys will now defend their 100% records at London’s Olympia. The Flash will be making his seventh appearance as a pro as he builds on his growing reputation, targeting a domestic title challenge by the end of the year. The Ace in his second bout will look to develop his experience in the professional ranks.

Both boys have been sparring top British opponents in preparation for these bouts and both are expected to enhance their standings in the British rankings. In fact Andreas sparred with Light Heavyweight World Title contender Nathan Cleverly. Tickets are available for the show from Team Evangelou on Tel

Lets get down to Olympia and support our boys. 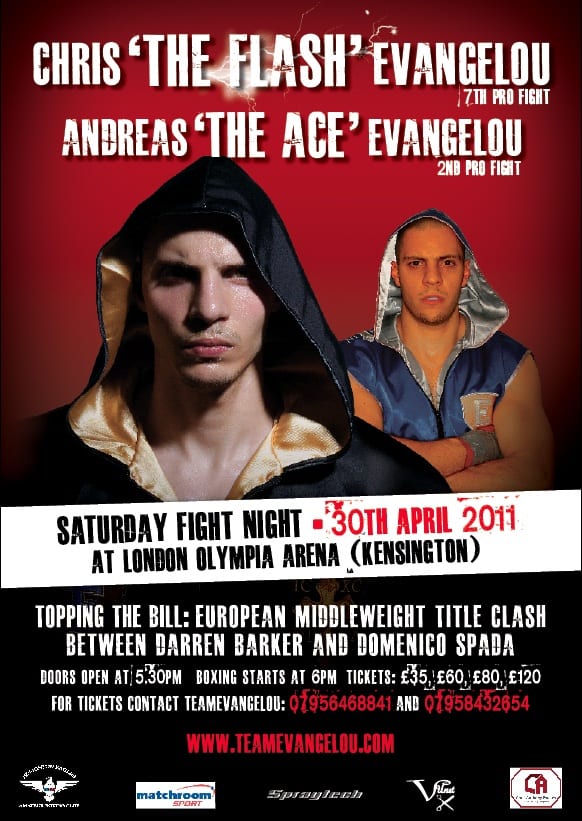