Nitsa Receives OBE from the Queen at Buckingham Palace

Nitsa Sergides had the honour of receiving the OBE from Her Royal Highness the Queen last Thursday at the Royal residence Buckingham Palace. Nitsa Sergides decided to enter the teaching profession after a stint as a nursery nurse at Pakeman Primary School in Hornsey Road, Holloway. She worked there for 19 years and then at nearby Grafton Primary School in Eburne Road, Holloway, for another 19 – all but two as its headteacher. Nitsa is from Linou in Cyprus and is married to George an engineer from Limassol, they have two daughters both barristers who are pictured with their mother below, and a son who is a doctor. 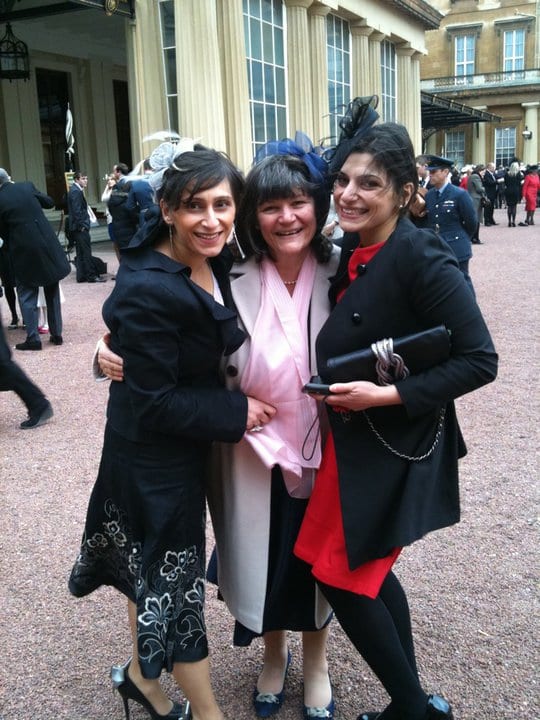 Mrs Sergides, 59, who was awarded an OBE, said: “I feel really quite excited and honoured and humbled that somebody should consider me for such a prestigious award. It was a great honour to receive it from the Queen.
“Grafton had a lot of difficulties in its early days. It was one of the most needy schools in the borough, it had just been amalgamated and there were not a lot of children. Now we have an incredible waiting list, excellent results and have been rated ‘outstanding’ for two inspections running.
“Islington has always been a good borough and its schools have improved throughout that time. Every day I wake up and thank God that I am able to give the children another day.”
Well Done Nitsa congratulations