Cyprus: Hotel bookings for Kataklysmos up, however situation not satisfactory, hoteliers say 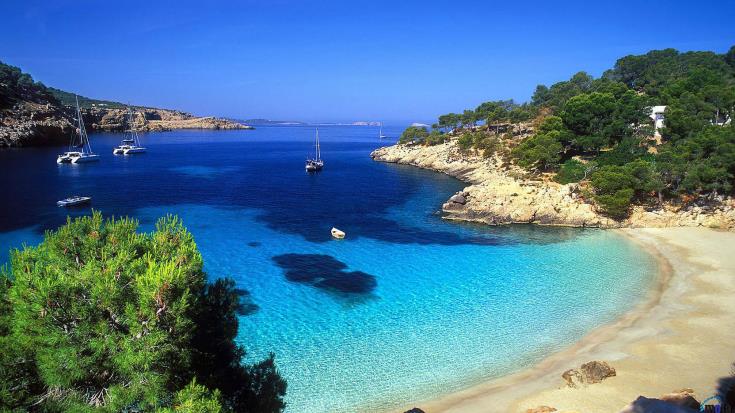 Hotel bookings for the Kataklysmos (Pentecost) three-day weekend in Cyprus do not expect to exceed 70%, according to the presidents of the Hoteliers` Association in Pafos, Famagusta and Larnaca.

In statements to CNA, all said business was slow in most hotels which opted to open as British tourists remain home while the Israeli market has not resumed since the recent unrest in the country. Hotelier owners are asking the Cyprus government to extend the Ministry of Labour`s subsidy incentive scheme to maintain economic activity providing support for hotel staff and tourist accommodation which continue to operate.

Bookings in Pafos district are around 40%, with June not expected to surpass 15% according to Pafos Hoteliers’ chairman, Thanos Michaelides.

He told CNA said after the UK’s decision not to include Cyprus in the so-called green list, opening Cyprus to British holidaymakers to visit the island, resulted with all June bookings cancelled while July does not seem to change.

Michaelides also said that the flow from the Israeli market which was expected to draw a satisfactory number of tourists, unfortunately stopped due to the unrest in the country.

The Russian market he said, is restricted, adding that with today’s situation, there is no market that can make the difference.

Bookings in the government-controlled areas of Famagusta also remain low with some hoteliers wondering if it is worth opening their premises.

In Limassol, hotel bookings in June do not exceed 40%, with hoteliers uncertain on how the summer season will unfold said Limassol Hotelier Association President, Haris Theoharous.

He told CNA that this is not a year where safe predictions can take place, noting the British decision to extend restrictive measures and not including Cyprus in the Green List and the reschedule of flights from Russia which led to cancellations.

Theoharous said he hoped the Russian market will improve, adding if charter flights do not recommence, then there will be a problem. He also expressed uncertainty about Israel, noting the situation in the country overshadowed any positive development.

For the Kataklysmos holiday, he said although bookings have reached 70%, things are fluid from then on and predicted that they will not exceed 40%.  You do understand that we are in a difficult situation, he told CNA.

Regarding the start of cruises from Limassol, Theoharous said that these tourists usually stay at hotels for two to three days but hoteliers in the town do not have an indication as to their number. However, he said hoteliers are looking forward to their arrival.

Famagusta Hoteliers’ Association President, Doros Takkas told CNA that some hotels in the region began opening since 4th April because they mainly attracted Russian tourists. However, the numbers remain low.

More hotels have opened in June but unfortunately, things are extremely difficult with a large number of them considering whether to close them after Kataklysmos weekend. What is important, he said, is to see if the Ministry of Labour continues the programme which subsidizes staff until the end of the month. If it doesn’t, he added, then a significant number of hotels in the region will close.

As far as the Kataklysmos season is concerned he said there is increased demand by Cypriots but this is only for two to three days stay. If we do not have any dramatic changes soon, that is an increase of Russian tourists and opening of markets from the UK, it will be very difficult.  Bookings for the three-day Kataklysmos festivities are around 60-70%.

Larnaca hoteliers’ Association president, Ioanna Florentiadou told CNA that hotels in the town have reached 15-20% capacity for the Kataklysmos weekend, providing a small respite. However, Larnaca does not expect more internal tourism as Larnaca is not the holiday choice for Cypriots, who prefer to spend their holidays in either Protaras, Agia Napa or Pafos.

The main tourist markets in Larnaca at this time are Russia, to a lesser extent Israel and Lebanon and some Ukrainians, while in recent days there has been some mobility from Germany and other European countries such as Poland. The Scandinavian market is also making small steps with few flights.

She expressed concern about the rest of the summer as there is uncertainty with the Russian market, adding hoteliers in the town do not expect more changes in July.

She also talked about an extension of the Labour Ministry programme which subsidizes hotel employees, noting that it will determine whether hotels can remain open.