Cyprus: Famagusta district and tourism to be upgraded with the new Ayia Napa Marina 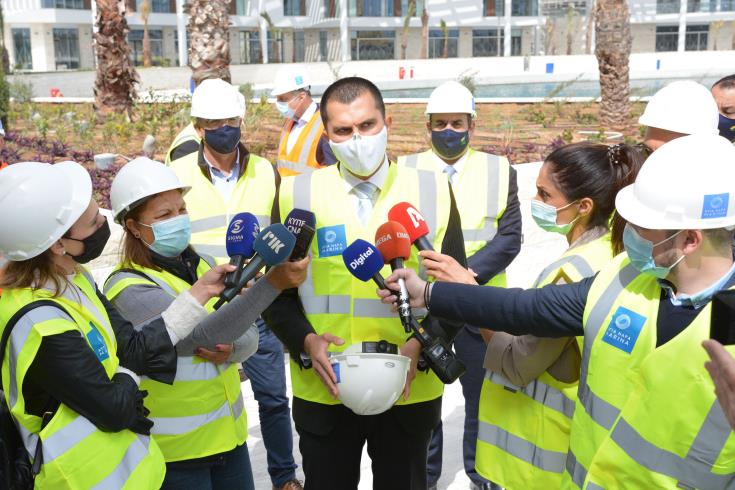 Famagusta district and tourism to be upgraded with the new Ayia Napa Marina, Karousos and Perdios say

Ayia Napa Marina is a true “adornment” in the Mediterranean and will upgrade to a great extent Famagusta district and the island`s tourism, Transport Minister Yiannis Karousos and Deputy Minister of Tourism Savvas Perdios said.

Speaking to the press following a visit to the Marina, Karousos said that it is the second biggest project in Cyprus right now with a budget amounting to 300 mln euro and with an estimated income after its operation of 1 bln euro.

He said that this is another great project in the district of Famagusta that will contribute to tourism and to the restart of the economy.

Perdios in his statements said that the Marina will turn Famagusta region to an all year round destination adding that so far the project contributed to the employment of 800 persons and with its full operation an additional number of 500 employees will be hired.

He spoke of the sector of cruises that will also benefit the area and the economy and referred to the recent agreement with Royal Caribbean.

Deputy Minister said that by April all tourist markets will open not only from the EU but also from UK, Israel, Ukraine and Russia which contribute to the island`s tourism.

He noted that once the Russian COVID vaccine is authorized by the EU, Cyprus will make an agreement with Russia, as it has done with Israel and the UK, to accommodate Russian tourists for their vacations in the Famagusta region.