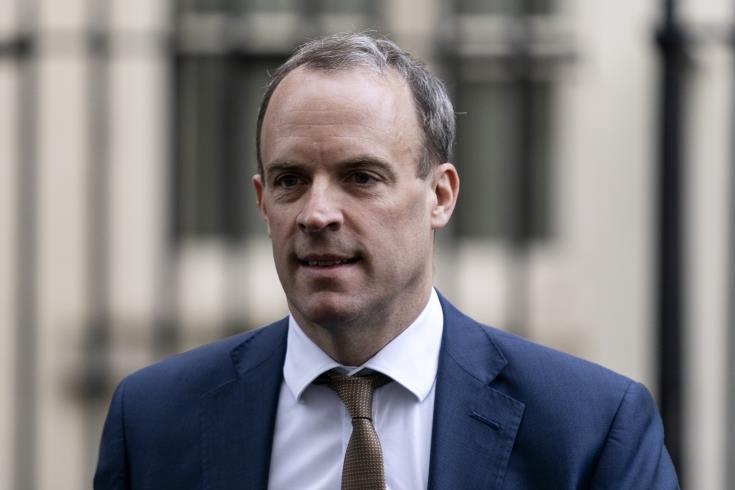 In the letter, Hamilton and West highlight that “since the Turkish invasion in 1974, both Labour and Conservative-led UK Governments have committed to the reunification of the island on the basis of a bi-zonal, bi-communal federal political settlement.” However, Hamilton and West noted, “it’s extremely worrying that this was not made publicly clear on your recent visit to the country and has raised concerns that you are considering breaking from the longstanding position of successive UK Governments.”

Hamilton and West went on to urge Foreign Secretary Raab to “confirm that the UK’s position is based on:
• A commitment to a bi-zonal, bi-communal federation for the Island of Cyprus, as set out in relevant Security Council resolutions;
• Opposition to all drilling by Turkey in the Republic of Cyprus’ Exclusive Economic Zone, which is in violation of international maritime law;
• The withdrawal of all Turkish military personnel and an immediate halt to the resettling of the rest of Varosha.”

They also urge the UK Government to “uphold its non-recognition of the occupied north of Cyprus in order to avoid bending one of our historic red lines”.

The letter concludes by acknowledging the “hugely important” role that UK Cypriots play in Britain and saying that, “it’s vital that the UK upholds its historic commitment to the people of Cyprus and to the protection of the sovereignty of the Republic of Cyprus”. 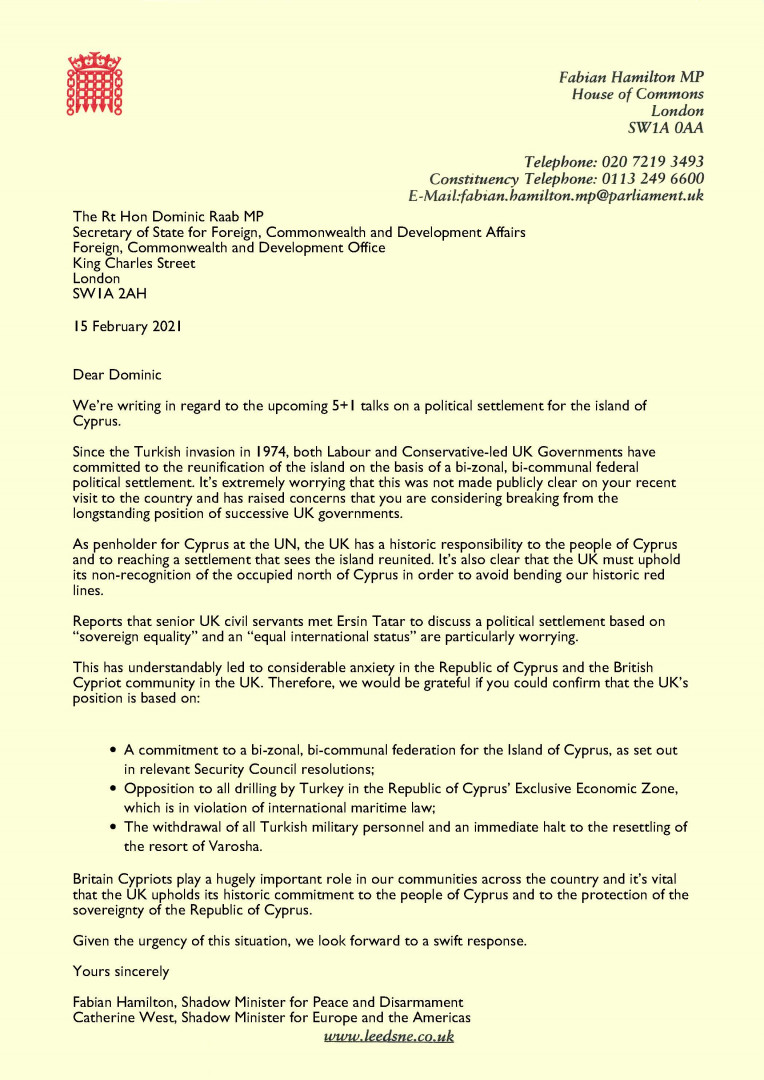