Soon we will know if new coronavirus strain circulates in Cyprus 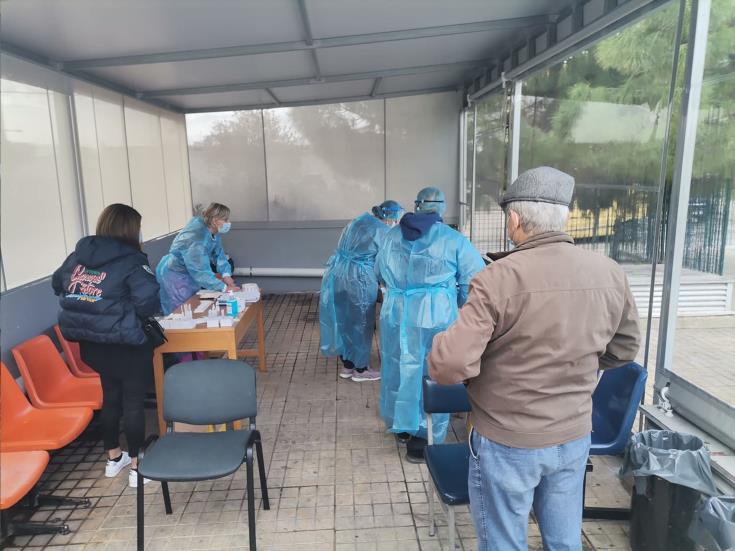 In a few days we will know if the new strain of the coronavirus that causes the COVID19 disease is circulating in Cyprus, Assistant Professor of Paediatrics and Infectious Diseases at the Medical School of the University of Cyprus, Maria Koliou, told CNA.

Koliou said that one can not rule out the possibility that the new variant is already in the community, since it seems that it first appeared in the UK in September.

As regards the possibility of more drastic measures being imposed, she said that this will depend on whether hospitalisations increase.

Replying to questions about the new strain of the coronavirus and whether tests are carried out to determine whether it circulates in Cyprus, she said that an agreement has been reached between the Ministry of Health and the Institute of Neurology and Genetics and in a few days they will be able to give an answer to this question.

Asked if she is concerned about the new variant, she said “no” and added that one can not rule out the possibility that the new strain is already circulating in Cyprus, since it seems that it already existed in Britain since September.

The main difference of the new strain, she continued, is that it spreads more easily, but the new variant is no more likely to cause severe illness than the more familiar forms of the coronavirus.

Asked if the vaccines arriving in Cyprus protect against the new mutation, she said that so far the information is that they are  effective against the new strain as well.

Meanwhile, since the 29th of December, stricter measures are in place on the island until the 10th of January. Asked what will happen after that date, Koliou told CNA that everything depends on how long the health system can withstand the pressure as regards hospitalisations, especially in the Intensive Care Units.

Koliou said that health systems all over the world, even the most well-equipped and well-staffed ones, will find it difficult to cope if they become overcrowded.

She said that if the number of patients treated in hospitals and especially in intensive care units continues to increase, that will be decisive and determine further measures.

Asked about the protection that the vaccine offers, she said that it offers protection for six months but beyond that more long term studies are needed, noting that the clinical phase 3 started only last July.

Replying to CNA questions, Koliou said that according to studies, full protection of the vaccine is ensured at least one week after the second dose (which is given 21 days after the first dose) and reaches 95%.

However, she added, it seems that there is already some degree of protection after the first dose of the vaccine.

Concluding, Koliou said that protection means that if someone is infected with the virus, the disease will either be mild or the person will present with no symptoms.