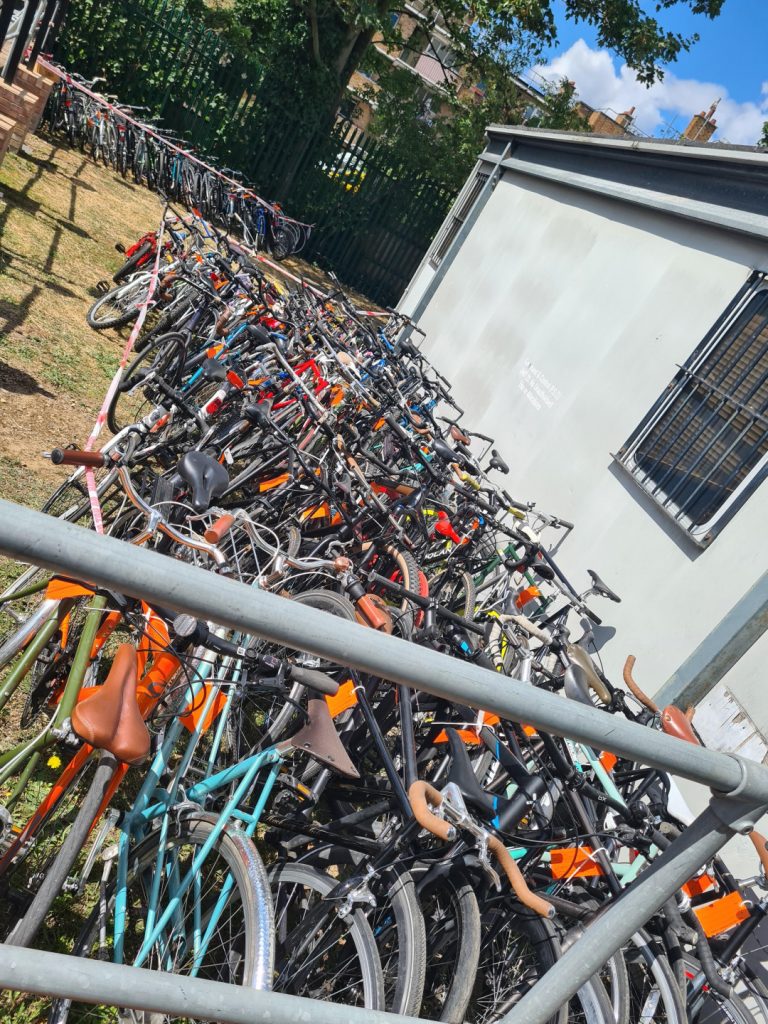 Nearly half of all journeys in London were walked or cycled between April and June, up from 29% before the pandemic
“Our world-leading Streetspace programme is helping support this shift by enabling more people to safely walk and cycle across the capital”
Will Norman
London’s Walking and Cycling Commissioner
TfL has published new data that shows that walking and cycling in the capital has significantly increased since the coronavirus pandemic began, as Londoners’ travel habits rapidly changed in the months following the start of the first national lockdown in March 2020.

Following the Government’s advice in March for people to stay at home and stop non-essential social contact, Londoners were advised by the Government not to use public transport unless making an essential journey and to walk or cycle wherever possible.

To support this, TfL worked to deliver the Mayor’s bold Streetspace programme of temporary changes to roads across London, rapidly creating a network of strategic cycle routes, extra space for walking in town centres as well as quieter roads in local neighbourhoods.

Changes to habits saw the proportion of journeys made by walking and cycling increase significantly, from 29% between January and March 2020 to an estimated 46% between April and June 2020.

Walking and cycling has remained well above previous levels even as restrictions eased and people began to return to public transport, with it accounting for an estimated 37% of all journeys between July and September.

Walking accounts for a sizeable part of this, which is good as it is the cheapest and most accessible way for people to incorporate physical activity into their daily lives.

The Mayor’s Streetspace programme
The huge increase in mode share for walking and cycling is outlined in TfL’s latest Travel in London report, which has been published today. Normally, the annual report outlines changes in travel habits for the full previous calendar year, in this case 2019.

This year, as a result of the dramatic changes to travel due to the coronavirus pandemic, a new section has been added to the report outlining the changes that have taken place since March this year.

Other key insights include:

The Mayor’s Streetspace programme led to a huge increase in the number of Londoners living within 400m of the London-wide cycle network, from 11.5% to 17.9%
31% of Londoners say they are walking to places where they used to travel by a different mode, 57% say they now walk more for exercise and 42% walk for longer than they did before
Nitrogen dioxide (NO2) concentrations at some of London’s busiest roads reduced by around a half during March and April 2020 – when national lockdown measures were in full effect
The proportion of journeys made by private transport increased a worrying amount, from 38% between January and March 2020, to 45% between March and June 2020. This shows how important the Streetspace programme is to enable more journeys to be safely made by bike and on foot and avoid a damaging car-led recovery
Will Norman, London’s Walking and Cycling Commissioner, said: ‘This new data fully encapsulates how the pandemic has transformed the way Londoners travel around our city. Many people enjoyed making the most of the quieter streets during lockdown and this change in habit has had lasting effects, with walking and cycling journeys continuing to be higher year-on-year.

‘Our world-leading Streetspace programme is helping support this shift by enabling more people to safely walk and cycle across the capital. Without the measures we have rapidly rolled out, the worrying increase in private transport, such as cars, may have been even higher which would be extremely damaging for our city.

‘The second phase of our Streetspace programme will enable us to build even further on the increasing number of Londoners walking and cycling and help ensure a cleaner, greener recovery from the pandemic.’

Helen Cansick, Head of Streetspace delivery at Transport for London, said: ‘We have worked very hard this year to ensure that Londoners can move around the capital safely during the coronavirus pandemic and this new data shows just how important walking and cycling have been in helping Londoners stay healthy and safe.

‘That’s why it’s crucial that we continue to invest in our Streetspace programme to support walking and cycling, ensuring that the capital can recover from the pandemic as a healthier and more sustainable place for everyone.’

Centre for Cities’ Chief Executive, Andrew Carter, said: ‘While NO2 levels in London, an in other cities, fell during the first lockdown, they rose again during the second part of this year as activity increased.

‘Vehicles are the biggest cause of NO2 so encouraging more people to walk, cycle and use public transport rather than drive will be essential in reducing emissions.’

Significantly reduced road danger
Around 90km of new or upgraded cycle lanes have been built or are under construction across London as part of the first phase of the Streetspace programme, helping support a huge uplift in cycling.

At Colliers Wood, where protection has been added to the existing Cycleway 7, the number of cyclists has increased by 35% during the week, and 150% at the weekend.

On Park Lane, just under 200 cyclists an hour used the new cycle lane at peak times in November, with no impacts on bus journey times and general traffic. This scheme has taken cyclists out of the busy pedestrian area of Hyde Park, and significantly reduced road danger by dropping the speed limit from 40mph to 20mph.

Across Waltham Forest, where significant improvements have been put in place through the Streetspace programme, cycling had increased by an average 108% year-on-year in November.

A community-led survey of a low-traffic neighbourhood in Lambeth found that cycling increased by 84% between August and November, with the number of children and cargo bikes using the streets almost tripling.

The Streetspace programme has also reallocated 22,500 square metres of extra pavement space for people walking. In addition, 322 School Streets schemes have been delivered, more than 2,250 signal timings have been changed to prioritise people walking and six new Santander Cycles docking stations have been installed.

TfL is working closely with London’s boroughs on plans for the next phase of the Streetspace programme, which will help to sustain the recent increases in walking and cycling journeys.

Following the recent funding deal agreed with Government, TfL has committed to setting aside at least £75m on walking and cycling schemes across the capital over the next six months, with a further £20m from the Department for Transport’s Active Travel Fund set to be invested with the boroughs through TfL.