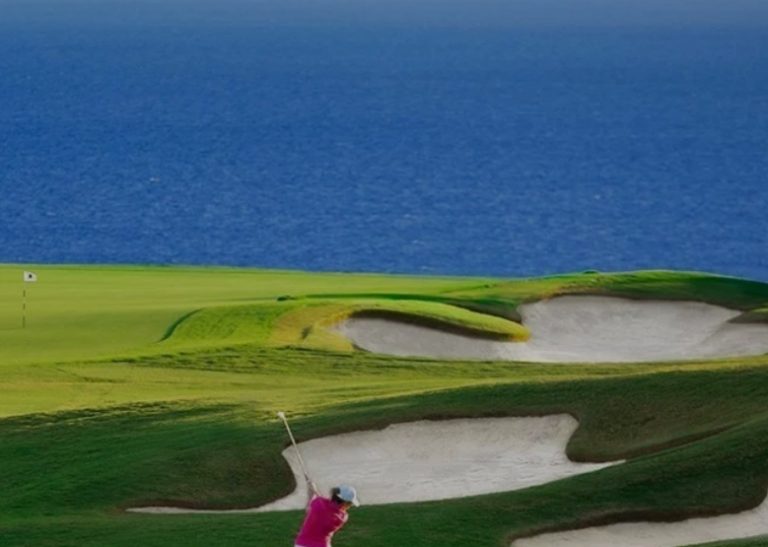 Robert MacIntyre won his first European Tour title after a brilliant finish at the Cyprus Showdown.

The 24-year-old birdied four of the last six holes, including birdies on 17 and 18, to finish on seven-under-par, one shot ahead of Masahiro Kawamura.

Jorge Campillo finished at five-under after a birdie-eagle finish, with Thomas Detry, Callum Shinkwin and Johannes Veerman a shot back.

A tense final day saw the lead change hand several times while play was also suspended for 48 minutes due to the threat of lightning.

But it was MacIntyre who emerged victorious, a week after finishing third over the same layout at the Cyprus Open.

This is what I’ve been working for,” he said. “It’s been a difficult few months for me, only my family know what is going on. I can’t believe it.

“My game is there, tee to green I’ve been absolutely brilliant the last two weeks but the putter has been cold – stone cold.

When the rain delay came in there I said to (caddie) Mike, ‘it’s time to show up’. I hit a great iron shot into 15 and there it was, it turned up right at the right time.”

The final day at Aphrodite Hills featured 19 players, with the top 16 and ties advancing from the third round, and all scores reset to par to set up an 18-hole shootout.

Kawamura started strongly with birdies on the first, third and fifth holes, along with a bogey on four

MacIntyre was on par after following a birdie on the second hole with a bogey on the third, but back-to-back birdies on five and six saw him also move to two-under-par.

There was a seven-way tie for the lead as the day’s first group were reaching the end of their rounds and the leaders were making the turn.

By the time play was briefly suspended due to the threat of lightning it was Marcus Armitage, Kawamura and MacIntyre in a share of the lead at four-under-par.

A triple-bogey eight at the last saw Armitage fall out of contention and left Kawamura and MacIntyre to battle for victory.

Both managed birdies on the 15th but MacIntyre took the outright lead with a birdie at 17 and managed to find another birdie on the par-five 18th to seal victory.