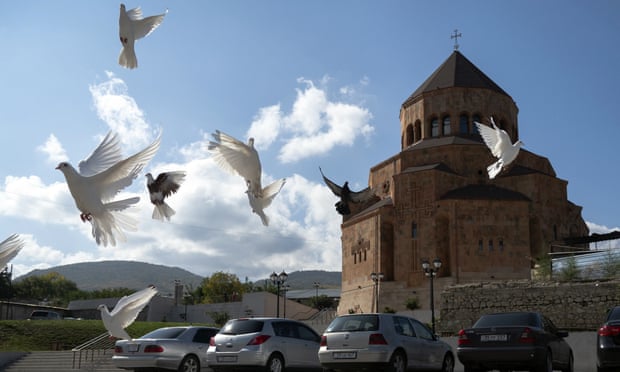 The fact that Azerbaijan and Armenia have gone back to war at a moment of acute global crisis is deeply dismaying. In March, the UN called for a global ceasefire in support of the bigger battle against coronavirus. Its appeal has been widely ignored. The conflict in the South Caucasus echoes ongoing, heedless violence in several Middle East countries where, it seems, enmity trumps humanity. War is its own disease.

Renewed fighting over the Armenia-held Azerbaijani territory of Nagorno-Karabakh, which erupted last month and has killed or displaced thousands of civilians, vividly underscores the dangers inherent in the crumbling of the international, rules-based order. Regional powers initially failed to intervene or, in the case of Turkey, fanned the flames. The EU looked on as war engulfed its borders. The US did nothing.

The humanitarian ceasefire agreed during talks in Moscow on Friday is a first step back from the abyss, but the precedents are not encouraging. The ceasefire agreed in 1994, after a three-year war over Nagorno-Karabakh, has been repeatedly violated. The latest clashes have involved indiscriminate bombardment of civilian homes, drone strikes and the reported use of cluster munitions.

The conflagration has been especially revealing of the extent to which Russia still exerts influence in what post-Soviet leaders like to call their “near abroad”. Russia’s president, Vladimir Putin, who publicly bemoaned the collapse of the Soviet Union, specialises in seeding instability and discord among the western democracies. Yet in recent weeks he has been forced to watch, largely helpless, as unrest has enveloped Russia’s backyard.

The US could have done more to resolve an issue with which, in the immediate post-Soviet era, it was closely engaged

In Belarus, large pro-democracy demonstrations are continuing despite the regime’s frequently violent, illegal efforts to crush them. Putin’s backing for Alexander Lukashenko, who stole August’s presidential election, has fed anti-Russian sentiment in Minsk. Last week’s decision by Britain and leading EU countries to recall their ambassadors is a measure of Putin’s isolation.

Putin miscalculated by offering personal support to the president of Kyrgyzstan, another former Soviet republic, shortly before protesters brought down the country’s government. Putin’s critics also point to his failure to bring Ukraine back into the fold, despite the 2014 armed intervention, and to popular unrest in Russia’s far east. Little wonder Putin is anxious to halt further escalation between Russia’s ally Armenia and Azerbaijan, a strategically important oil and gas exporter.

Turkey’s involvement in the Nagorno-Karabakh flare-up has been wholly unhelpful. Rather than mediate between close neighbours, its president, Recep Tayyip Erdoğan, offered unlimited support to his Azeri allies against Armenia. His reaction reflected ancient ethnic and religious enmities. But it was also in line with his broader policy of expanding Turkey’s regional sphere of influence.

This policy has led to direct Turkish military involvement in Syria and Libya and, more recently, to extraordinary bellicosity in the eastern Mediterranean, aimed principally at Turkey’s Nato ally Greece. Yet it is also a response to economic troubles and growing political opposition at home. Turkey denies sending mercenaries to Azerbaijan, but its meddling has undoubtedly raised tensions.

On Friday, Turkey demanded that all Armenian forces withdraw from Nagorno-Karabakh, a position that could undermine the ceasefire.

Amid the complex strategic ramifications of this conflict, it is easy to forget the human impact of the fighting

Other parties in this avoidable tragedy have similarly failed to act responsibly. That this long-simmering dispute – the term “frozen conflict” has never adequately expressed the always heated nature of the problem – was again allowed to burn out of control reflects badly on the Organization for Security and Co-operation in Europe and its Minsk group, co-chaired by Russia, the US and France.

Although President Emmanuel Macron may believe otherwise, France, even as the EU’s representative, has limited leverage. But the US could certainly have done more to help resolve an issue with which, in the immediate post-Soviet era, it was closely engaged. The reality, however, is that Washington’s lack of interest stems from a wider international disengagement by the Trump administration and a resulting vacuum where effective diplomatic problem-solving structures once existed. And, as in Belarus and Ukraine, Trump is oddly reluctant to challenge Putin.

Amid all the complex geopolitical and strategic ramifications of this conflict, it is easy to forget the human impact of the fighting. Michelle Bachelet, the UN high commissioner for human rights, last week deplored artillery strikes by both sides that killed, injured and terrorised defenceless people. She reminded Armenia and Azerbaijan, and “states with influence over parties to the conflict”, of their obligation under international humanitarian law to protect civilians.

Let’s hope the big powers are finally listening. Perhaps the ceasefire will hold and peace talks will produce a permanent truce. But without concerted, persistent international pressure for a full and final settlement, the Nagorno-Karabakh time-bomb will keep ticking. 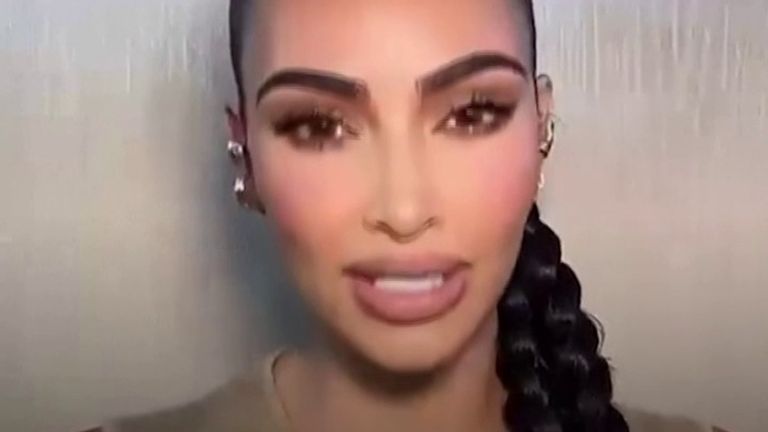 Nagorno-Karabakh’s foreign ministry said on Saturday that the only way for lasting peace was for the international community to recognise it as an independent republic.

Azerbaijan’s president said in an interview with the Russian RBC news outlet that “if the Armenian side is committed to the cease-fire regime… the phase of political settlement will begin.”

Kim Kardashian West, meanwhile, has said she is donating $1m to the Armenia Fund to help people caught up in the fighting.