Cyprus Question is a conflict created by the unlawful use of force by Turkey against Cyprus, 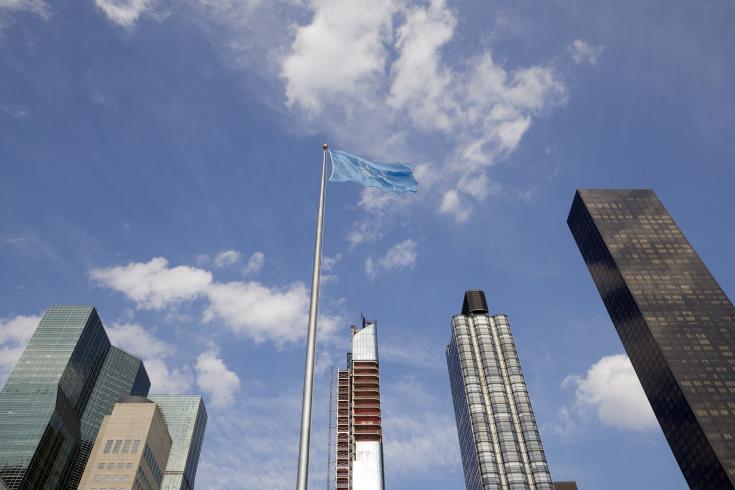 In respond to Turkey’s Permanent Representative letter, Mavroyiannis notes in his letter which was circulated as a document of the Security Council that “the Cyprus Question is not a Greek-Turkish dispute, but a conflict created by the unlawful use of force by Turkey against Cyprus, the ongoing occupation of part of Cyprus by Turkey and the egregious human rights violations, both during the Turkish aggression, as well as owing to the situation it resulted in, which Turkey maintains by force to this day”.

“Any fabrications that contradict the above merely reconfirm that historical revisionism is the traditional modus operandi of Turkey. The latter’s complete disrespect for history was exemplified again today, in its decision to convert Hagia Sophia into a mosque, which cannot but evoke an analogy to Turkey’s efforts to obliterate the millennia-old cultural and religious heritage in the part of Cyprus it occupies”, he says.

“Turkey’s attempts”, he adds, “ to rewrite history could not withstand even rudimentary scrutiny, as historical facts surrounding the Cyprus Question have been established on the basis of a plethora of evidence by many authoritative sources of the organized international community, which include reports of the Secretary-General, judgments of international courts, reports of human rights bodies and, of course, resolutions of the Security Council”.

Mavroyiannis reiterates that “there is no legal arrangement or treaty between States that may amount to authorizing the use of force against a sovereign State by another. The so-called Treaty of Guarantee, imposed on Cyprus as a price for its independence, created an obligation for its parties to protect the sovereignty and the constitutional order of Cyprus, in line with international legality and the Charter of the United Nations, while granting them no rights over Cyprus. This responsibility was legitimized insofar as it was exercised solely to achieve said specific end, in said specific way”.

Furthermore, he notes, “ as then United Nations Legal Counsel, Hans Kelsen, opined precisely on this matter in 1959, the Treaty of Guarantee could not entail an authorization to use force, as that would make it ipso jure contrary to peremptory norms of international law and, therefore, inconsistent with the Charter of the United Nations”.

“The desperate efforts of Turkey to erode indisputable facts and project pretexts to blur the established fact that its use of force against Cyprus was an act of aggression and a clear infringement of jus cogens norms, do nothing to absolve Turkey of its clear responsibility for internationally wrongful acts and crimes, both past and ongoing, against Cyprus. In addition, orchestrated policy moves intending to establish platforms for questioning international legality, such as the Turkish –dictated unilateral withdrawal of Turkish Cypriots from government institutions, have definitively failed”, he says.

Mavroyiannis stresses that “the responsibility of the international community as a whole, and particularly the Security Council, is not to let the powerful party in any conflict distort the past in order to dictate the future according to its own expediencies and, in this case, insatiable expansionism. The responsibility of Turkey is to at last heed the calls of the international community to engage constructively on the path of peace and go beyond simply trying to silence its victims”, he concludes.

One Response to Cyprus Question is a conflict created by the unlawful use of force by Turkey against Cyprus,