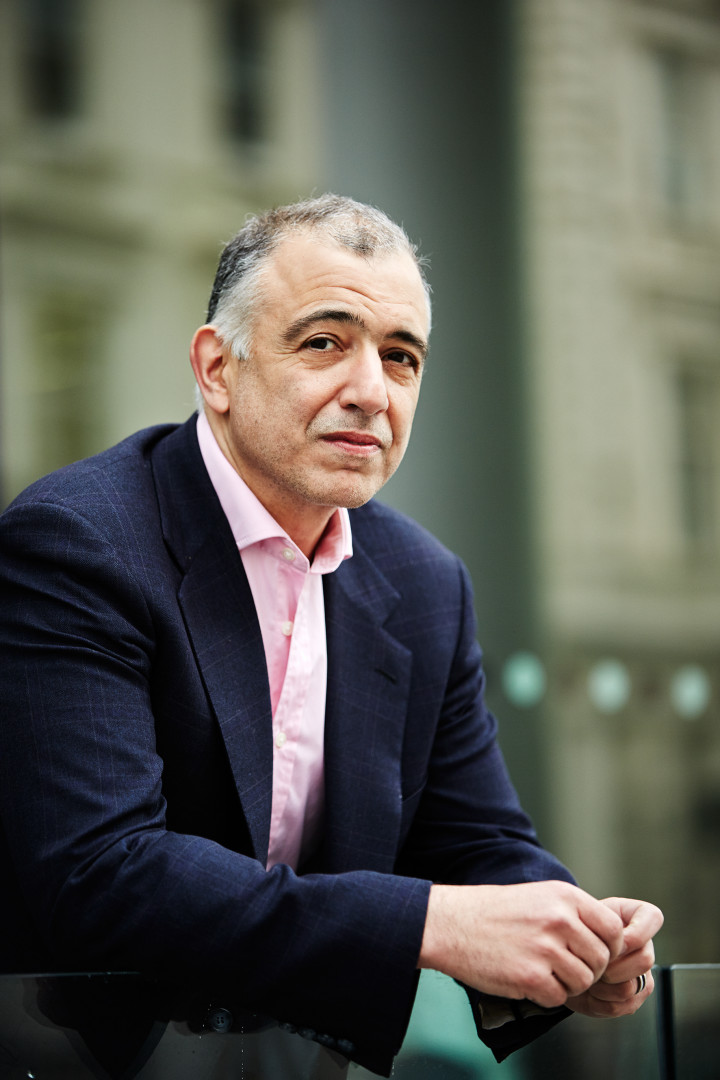 UK Cypriot Professor Chris Toumazou is behind  A COVID-19 test that gives results in just over an hour and which requires no laboratory, potentially allowing for swifter testing of much larger numbers of people, is being rolled out at a number of London hospitals after getting regulatory clearance.

Professor Chris Tounaxou is based at Imperial College London. He was born in Cheltenham the son of Marcos and Andrianna from the villages of Neta and Yialoussa in Cyprus respectively.

As Britain tries to ramp up testing to help revive the stalled economy, it is still mainly using laboratory tests that take around 48 hours to produce a result and either require people to travel often long distances to regional testing centers or receive by post at home.

Faster testing could allow more people to go back to work or permit testing on a more regular basis and could help Prime Minister Boris Johnson achieve his target of 200,000 tests a day, an important element in successfully ending the lockdown.

The new test, based on the design of a DNA test developed by a professor at Imperial College London, received approval for clinical use by the Medicines and Healthcare Products Regulatory Agency (MHRA) at the end of April after successful trials.

With a sensitivity of over 98% and specificity of 100%, the DnaNudge test is being rolled out in cancer wards, accident and emergency, and maternity departments, as a prelude to possible wider application.

The health ministry said it was a pilot scheme and that other lab-based tests were also being run in order to look at the benefits and capabilities of each test. Britain’s National Health Service is also using other point-of-care machines to test for the virus.

Britain made an initial order of 10,000 DnaNudge cartridges in March and has procured another 70,000 since. The price of the disposable cartridge tests is around 40 pounds ($49).

“It is a lab in a cartridge effectively,” said Chris Toumazou, a professor of engineering at Imperial College who developed the test. “The key is that with this test you go straight from a saliva swap or a nasal swab into the cartridge with no transport and no laboratory.”

“You can even look at such small fragments of the RNA (Ribonucleic acid) that you can check whether a patient is coming out of it or going into COVID,” Toumazou said.

The test, which requires one nostril swab, is being rolled out at the Chelsea and Westminster Hospital, West Middlesex University Hospital, St Mary’s, and at Queen Charlotte’s and Chelsea Hospital.

“This test does work and is actually more sensitive than some of the lab tests,” Dr Gary Davies, hospital medical director at the Chelsea and Westminster, told Reuters. He said the test was being used for patients coming into hospital to help decide on which ward to place them.

Professor Chris Toumazou, Regius Professor of Engineering, Chair in Biomedical Circuit Design, Director of the Centre for Bio-Inspired Technology and Founder and Chief Scientist for the Institute of Biomedical Engineering at Imperial College. He is also Founder, Chairman or CEO of two successful Medical Device Companies (Toumaz Technology and DNA Electronics) and Chief Scientific Advisor to GENEU. He is distinguished for his innovative silicon technology and integrated circuit design for electronic device in the field of devices for medical diagnosis and therapy. Professor Toumazou is pre-eminent amongst the global community of contemporary medical engineers. In 1994 Toumazou was appointed the youngest Professor ever to be appointed at Imperial College, at the age of 33. In 2013 he became London’s First Regius Professor of Engineering conferred to Imperial College during the Queen’s Diamond Jubilee.

Toumazou’s research include cochlear implants for born-deaf children, an artificial pancreas for type 1 diabetics, wireless heart monitors for personalised ambulatory health monitoring pre- and post- operatively, inventing semiconductor-based DNA sequencing and inventing an intelligent neural stimulator as a drug alternative for obesity. In this and many other areas he has published over 750 research papers, holds over 50 patents and employs over 300 people in his combined medical device companies and Institute of Biomedical engineering at Imperial College London

He is the recipient of the 2005 Institute of Electrical and Electronic Engineers (IEEE) CAS Education Award for pioneering contributions to biomedical circuits and systems. In 2006 he founded (IEEE BIOCAS). He received the UK Royal Academy of Engineering Silver Medal in 2007 for pioneering contributions to British industry and the UK Institute of Engineering Technology (IET) Premium best paper award and the IEEE CAS outstanding young author award.  He was elected in 2006 to Academia Europea. In 2008 he was appointed to the Fellowship of the Royal Academy of Engineering and the Fellowship of the Royal Society, which is the highest honour in UK science. He was appointed a Fellow of Academy of Medical Sciences in 2013 and is now one of the few who is a Fellow of three premium societies.

Chris received in 2009 the World Technology Award, sponsored by Time Magazine, for Health & Medicine; In 2011 he received the JJ Thompson IET Achievement Award for major contributions to the low power medical electronics industry. In 2010 Toumazou received the Times Higher Education Innovation Award for his founding of the Institute of Biomedical Engineering at Imperial College. The Institute was formally opened by Her Majesty The Queen in 2009. In addition Toumazou previously created and founded one of the largest technology transfer laboratories in the field of radio frequency (RF) semiconductors for international collaboration. HRH Princess Ann formally opened the laboratory in 1996. In 2009 his commercial laboratories at DNA Electronics Ltd were used to launch the Government’s Life Sciences blueprint and were visited by a ministerial delegation led by the Prime Minister. In 2011 he was invited to speak at the prestigious TEDMED conference in San Diego. His lecture was entitled the “Biological IP Address”. He also won the 2013 Gabor Medal of the Royal Society for his invention of semiconductor based genetic testing.

In June 2014 Chris won the European Inventor Award of the European Patent Office and has become the first British winner of a prize in this contest since 2008.