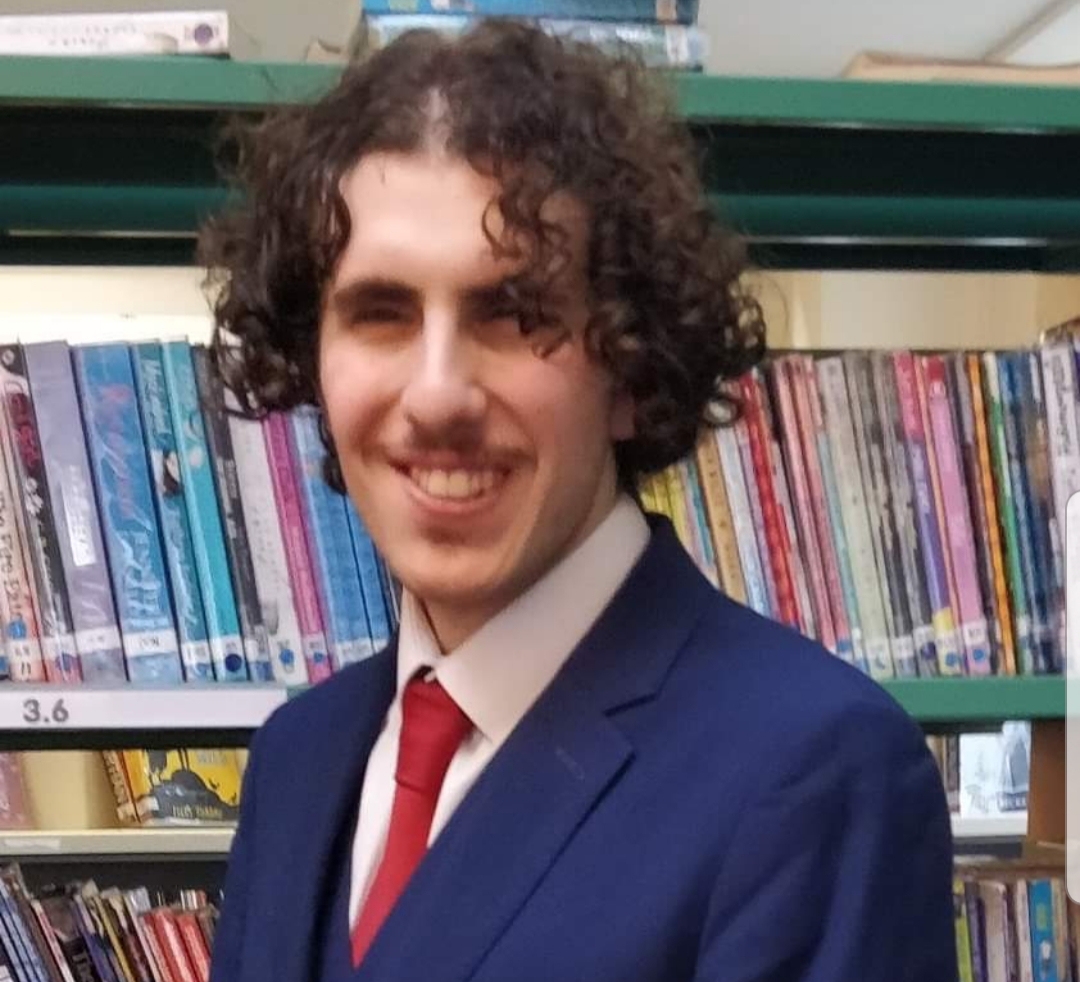 THEO SERGIOU, ENFIELD CHASE’S NOMINATION FOR ROTARYGBI YOUNG CITIZEN AWARD, IS A WINNER.
Watch BBC News “Afternoon Live” with Simon McCoy at around 2:45pm every day this week to see interviews with all the winners. Theo’s will be today (Tuesday).
He is an exceptional and inspirational young man whom we first met 4 years ago whilst he was a student at Winchmore School, London N21.
His list of achievements is breath-taking and so impressive as when he was just two-and-a-half months old, 19-year-old Theo was diagnosed with bilateral Retinoblastoma – (cancer in both eyes). After chemotherapy he regained some sight. However, at the age of four, he was diagnosed with cancer again, this time the tumour had grown so big, he and his parents had been told he had only a few days to live, the cancer was terminal.
Distraught, they prepared for the worst yet insisted on continuing the fight and the treatment. Theo says: “Then suddenly one day the tumours froze, they never shrank but they stopped growing. I still am partially blind and in fear knowing that the cancer could come out of remission one day and kill me, but I survived.”
He says: “Even though I encounter daily barriers being visually impaired, I am adamant not to let this affect my everyday life and will go over and beyond to do any aspiration I set for myself and inspire others.”
THIS IS WHY THEO IS A WINNER!
He was a founder member of the London Youth Assembly in 2018 and is the Representative for London in the UK Youth Parliament.
He is passionate about reducing knife crime, Enfield being one of the worst boroughs. He was recruited to the Youth Advisory Forum which reports directly to the Cabinet. This is the first ever youth civil service body and Theo is the youngest person in British history to contribute to a No. 10 Cabinet meeting. He compiled an academic report on ‘Our Generations Epidemic: Knife Crime’ in the hope of producing a more accurate policy.

Theo was instrumental in forming the Youth Violence Commission document which was delivered to former Prime Minister Theresa May leading to a Knife Crime summit last April with a variety of professionals.
As an inpatient at BARTS hospital in 2014, he realised how little say young people have in their own care and became the co-founder of BARTS YES FORUM – Youth Empowerment Squad which now stretches across the BARTS Trust, set up to help improve the experience of young patients.

He is a lay member of NICE on their Complex Needs and Disability Committee producing guidelines for key-workers and is the first young person on this committee. He is on the NHS England Youth Forum, representing the views of local young people on a national platform and Youth Representative for Health Education England on their Patient Advisory Forum
He supports Childhood Eye Cancer Trust meeting one to one with parents whose children have been diagnosed with Retinoblastoma and gives advice and support.

And still he works tirelessly for the community.
During the Coronavirus Pandemic, he is giving peer support across the 5 BARTS hospital sites to those aged from 11 to 19 who are concerned about being in hospital or don’t want to go to hospital appointments and are worried about their survival. He also says many young people don’t like being stuck at home and feel they are missing out on milestones in life – Theo says he reassures them that it’s OK to feel concerned.
He is also supporting kids in education writing an open letter to the Prime Minister about the lack of provision during Lockdown for youngsters with special educational needs who, he says, are suffering mental health problems and not getting an education and also those who are being marginalized because they are digitally disadvantaged due to lack of access to modern technology.

Theo said: “As my motto goes, I don’t need a reason to do things, I need a reason not to. I hope this Award inspires other people to try the same outlook. With the recent outbreak of Covid-19, I draw even closer to these principles, knowing how precious life truly is. This Award has allowed me to reflect over my life experiences and have hope that growth behind barriers is always possible; never before has this message been so importance to us all”.

Theo will receive a trophy, certificate and £300 to go towards his chosen project or charity from Rotary in Britain and Ireland. Enfield Chase Rotary have also awarded him a prize of £200 to help with his future studies. “We are so proud of ‘our’ Theo”.

The President of Rotary International in Great Britain and Ireland, Donna Wallbank said: “Theodor Sergiou is an exemplary example of positivity; throughout his personal struggles, he has looked ahead and shown grit and determination. His story shows that society’s labels which are so easily added to young people, whether in mainstream or additional needs education, do not determine their future, as from adversity comes strength and Theodor’s strength shines like a beacon for others.”
#Rotarygbi #RotaryYoungCitizen #PeopleOfAction