We are ready for repatriation to begin immediately, Cyprus FM says 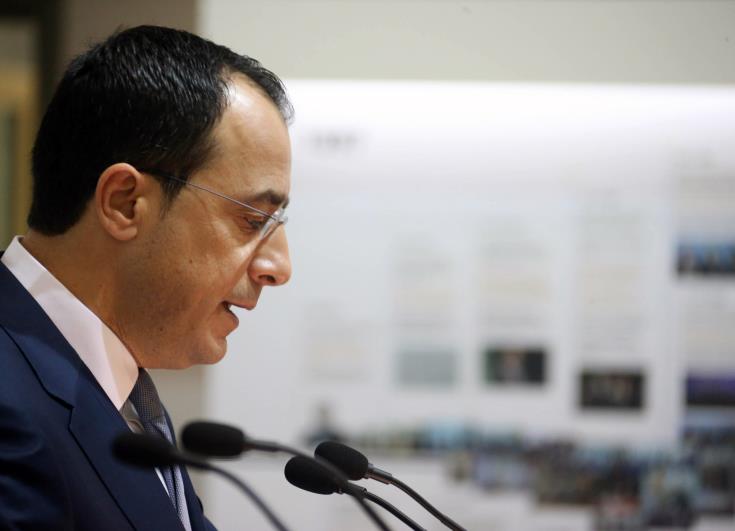 Cyprus Foreign Affairs Minister Nikos Christodoulides has expressed the government’s readiness to respond to the requests of Cypriots abroad who belong to the new categories allowed to return to Cyprus that President Nicos Anastasiades announced following a meeting earlier of the Cabinet.

He also announced that flights will be arriving in Cyprus from Germany, Salonica and the UK soon

In an introductory statement, Christodoulides assured that plans are in place to repatriate all Cypriots who wish to do so.

He noted that announcements will be made on the basis of the situation as it evolves and experts’ recommendations in the same manner as before.

“It is our wish and expectation that such positive developments happen that the plans in place do not have to be implemented,” the Foreign Affairs Minister said.

At the same time, he informed that through an internet platform operated by the Foreign Affairs Ministry it has been ascertained that so far 16,668 Cypriots are abroad in over 120 countries.

Constantinos Ioannou said that that there are various factors that need to be taken into consideration such as the places available and the monitoring of people in isolation during their stay there.

This does not just have to do with whether they violate their quarantine, he clarified. Until recently, he noted, the state had placed 1,400 people in quarantine, adding that it was a huge feat as many of them had daily needs which had to do among others with pharmaceutical treatment they needed.

Another important factor which needs to be taken into consideration, Ioannou explained is the necessity of everyone returning to be tested for the coronavirus. Our capabilities, he said, are for approximately 1,000 tests every fifteen days, adding that this varies day by day and that the goal is to be able to offer the service to a lot more people.

Replying to the same question, Christodoulides said that students belonging to vulnerable groups are expected to be informed directly by a medical board today of the result of their application and that for students who are in a foundation course or during their first year of studies abroad and are living in student accommodation “we can say that preparations have been made and we hope that next week we will have arrivals from both these categories.”

Asked about delays in the medical board replies and why repatriation did not start the Foreign Affairs Minister pointed out that repatriation has started for days now.

He said that an announcement will be issued “tomorrow morning that a flight will be arriving from Germany and Salonica bringing our compatriots who belong to the categories the President of the Republic has referred to.”

Christodoulides added that a flight will also take place during the weekend from Britain transporting Cypriots who belong in these categories from the United States, New Zealand, Switzerland, France, Holland, Luxembourg, Belgium, Denmark and Saudi Arabia.

“We are ready to start repatriation immediately,” he reiterated. There is a “clear plan which is implemented on the basis of the decisions taken,” he concluded.

Cyprus President Nicos Anastasiades announced that the gradual return of Cypriot citizens has been decided.

In particular, students residing in university residences and are registered on foundation courses or are in their first undergraduate year, Cypriots who were abroad for purposes of temporary employment and their work has been suspended or ended due to the coronavirus crisis, people who need to return to look after others who are not able to look after themselves and people of any nationality whose presence in Cyprus is decided due to their professional or scientific capacity to help combat the pandemic are included in the new categories of people who will be allowed to enter the Republic of Cyprus.