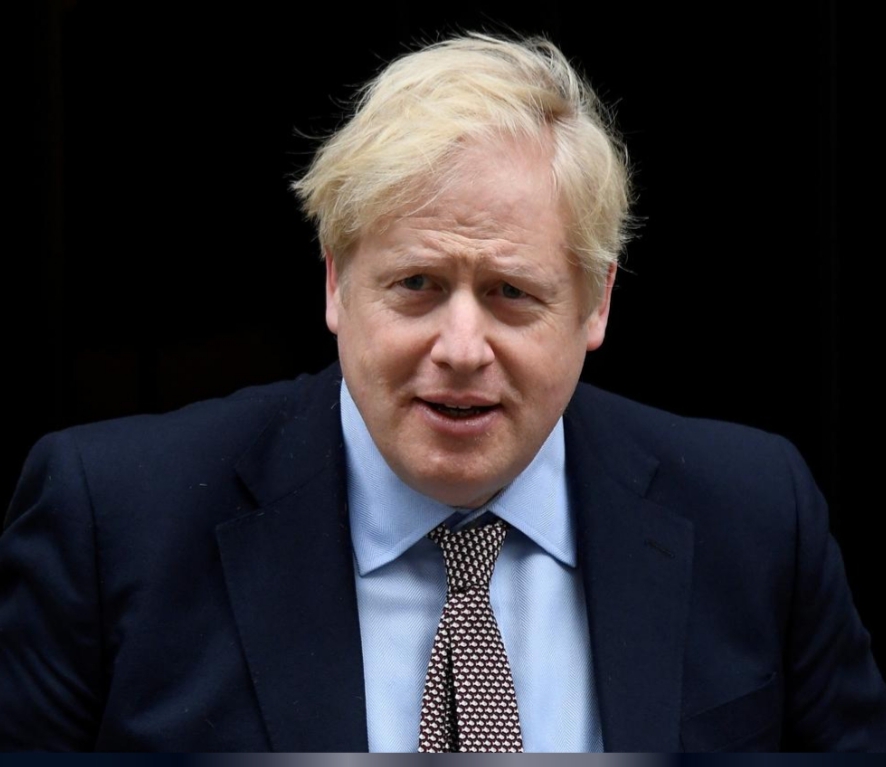 LONDON (Reuters) – Prime Minister Boris Johnson was resting in hospital on Friday as he recovered from COVID-19 while Britons were told to avoid the temptation of spring sunshine during the Easter break with the coronavirus outbreak approaching a peak.

The flamboyant 55-year-old leader’s visible decline shook the nation, but he came out of three nights of intensive care at St Thomas’ Hospital after going in with a high temperature and cough.

“He must rest up,” his father Stanley Johnson told BBC radio, thanking Britons for their outpouring of support and telling them to heed the lesson. “If it can hit the prime minister for heaven’s sake, well it does come close to home.”

Johnson was the first world leader to be hospitalised with the coronavirus, forcing him to hand control to foreign minister Dominic Raab just as Britain’s situation worsened drastically.

“You cannot walk away from this and go straight back to Downing Street and pick up the reins without a period of readjustment,” Stanley Johnson added.

The prime minister’s Downing Street office said he was in the “early phase” of recovery and it was unclear how long he would be in hospital. But his improvement cheered Britain and beyond, U.S. President Donald Trump hailing the “great news.”

Johnson’s pregnant fiancee Carrie Symonds, who has had coronavirus symptoms, tweeted a rainbow picture – in support of healthcare workers – along with hands clapping emojis.

LENGTHY LOCKDOWNThe government is considering when it can end a lockdown, though Raab has said it was too early to make a decision because Britain had not yet reached the peak of the outbreak.The government says it will have a better idea by next week of knowing if the lockdown has succeeded in bringing down coronavirus infections and hospital admissions.

It will take several more days to see the pace of deaths drop, and more weeks to draw definitive conclusions that could allow restrictions to be lifted, he added to BBC radio.

Britain is enduring its third week of stringent restrictions, during which police have assumed new powers to fine people straying too far or too long from home unless on essential work or seeking food and medicines.

With sunshine bathing the often rain-soaked nation at the start of a four-day Easter holiday from Friday, authorities were on the lookout for those tempted out to see family and friends.

“The best way we can protect our loved ones is by staying away this Easter,” a government spokeswoman said.

Scotland’s chief medical officer has already resigned after flouting her own advice to stay at home, and another official was under pressure on Friday after newspapers said he travelled to a second home outside London and visited his parents.

“For clarity – my parents asked me to deliver some essentials – including medicines,” housing minister Robert Jenrick tweeted in defence, adding that he had left London to return to his family home.